The story of “Green Eggs and Ham” is like a postmodern Plains, Trains, and Automobiles through the whimsical world of Dr. Seuss.  Sam rescues the rare Chickeraffe from the Glurfsburg Zoo, hides it in a briefcase, and attempts to make his way to Meepville where he can charter a cold air balloon to take the Chickeraffe to his island home.

Guy just flopped his last big chance at being a world-famous inventor for the industrial Snerz Co. He packs up his invention in a briefcase and resigns to give up on his dreams and become a paint watcher.

A chance meeting at a diner with Sam, and a switch up with the briefcases results in these two unlikely souls getting mixed up on an adventure that takes them on a journey of self discovery.

Our two mismatched heroes cross paths with overprotective Michellee, whose daughter, EB, desperately wants a pet, and falls madly in love with the Chickeraffe… despite her mother’s fears that it will eat off her face (it won’t).  Michellee’s walled up heart also connects with the heart-hardened Guy. And a laborious love story begins. 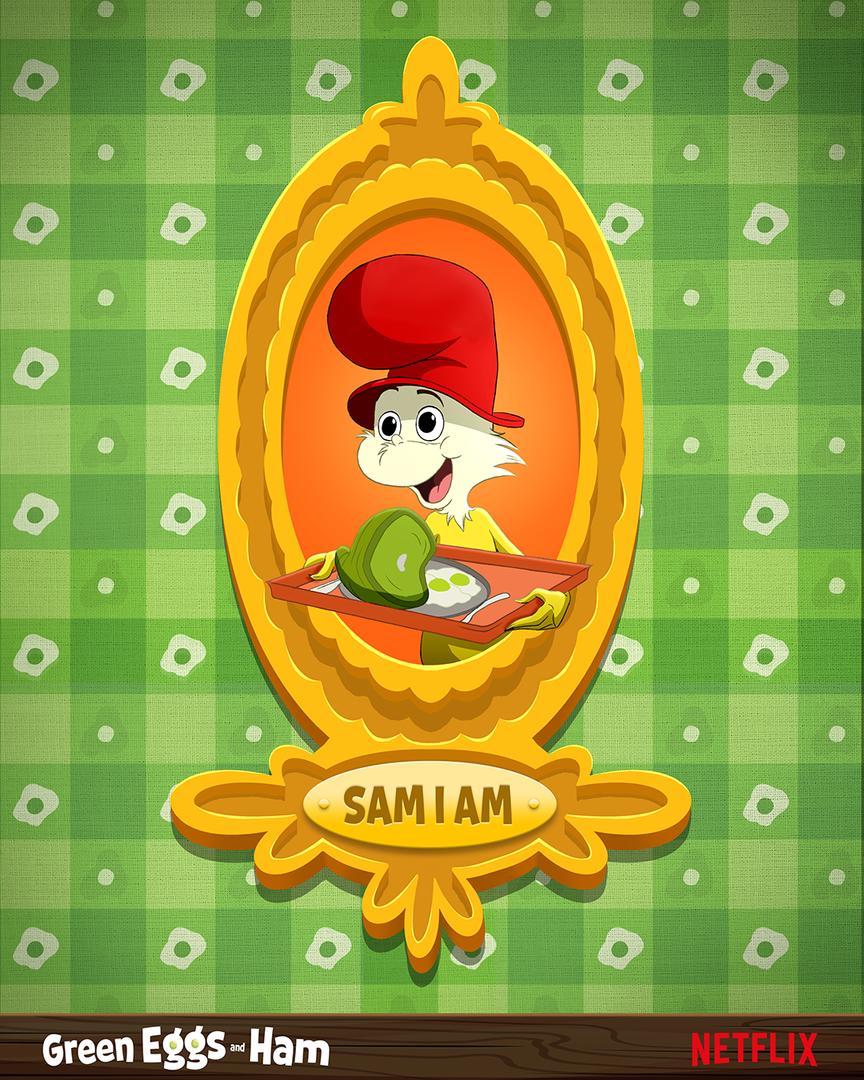 SAM I AM (Voiced by Adam Devine)

A wildlife rescuer who specializes in saving rare animals

and savoring every bite of Green Eggs & Ham. 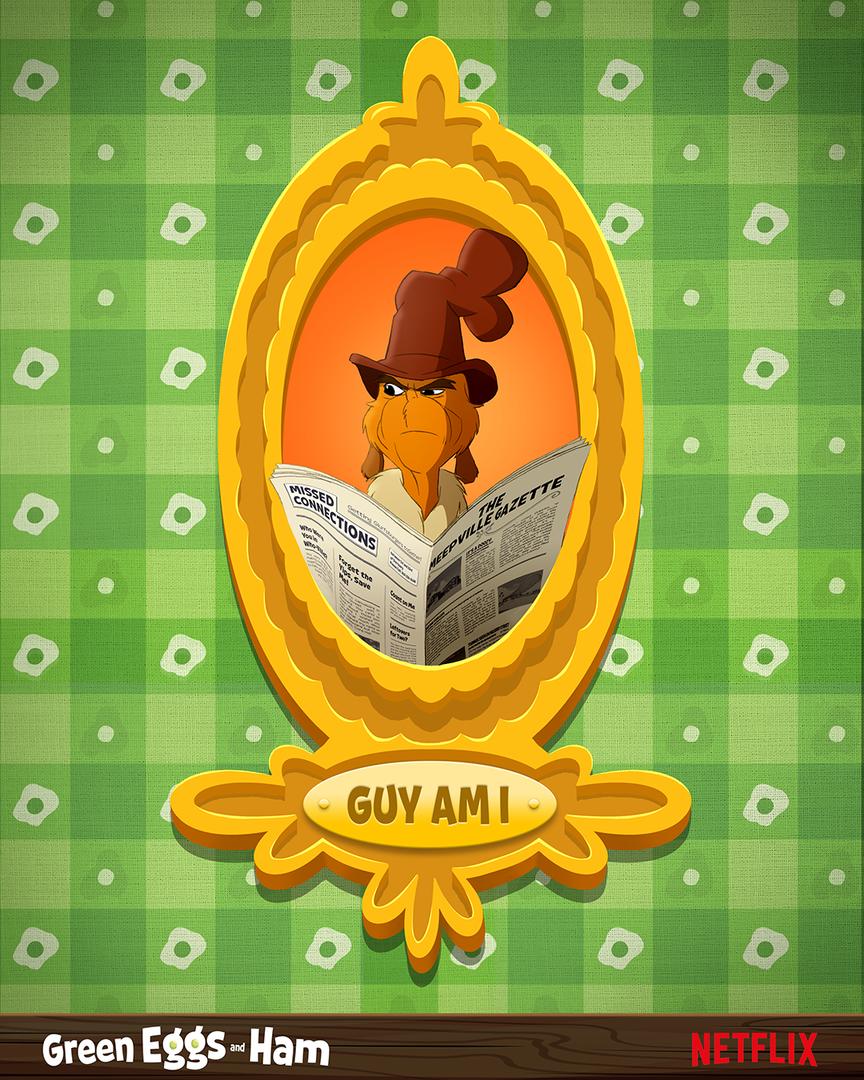 GUY AM I  (Voiced by Michael Douglas) 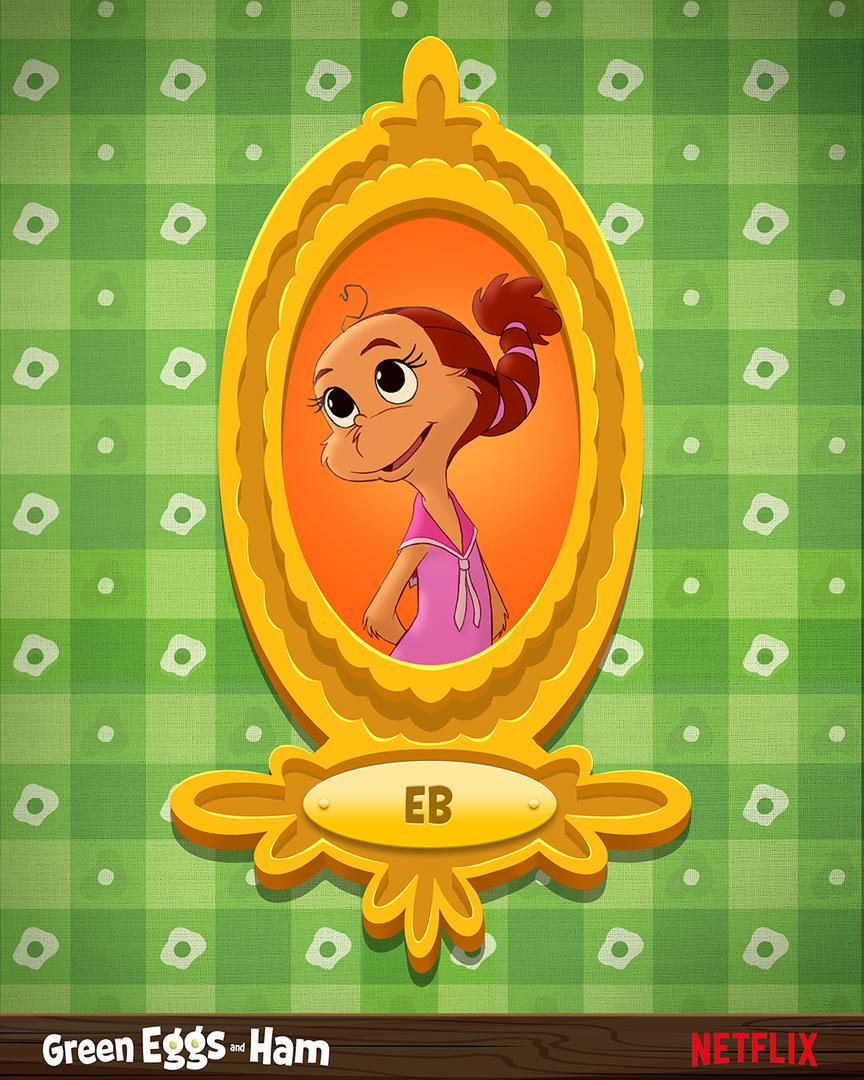 A curious, fun-seeking girl who just wants to keep a dangerous wild animal as a pet. 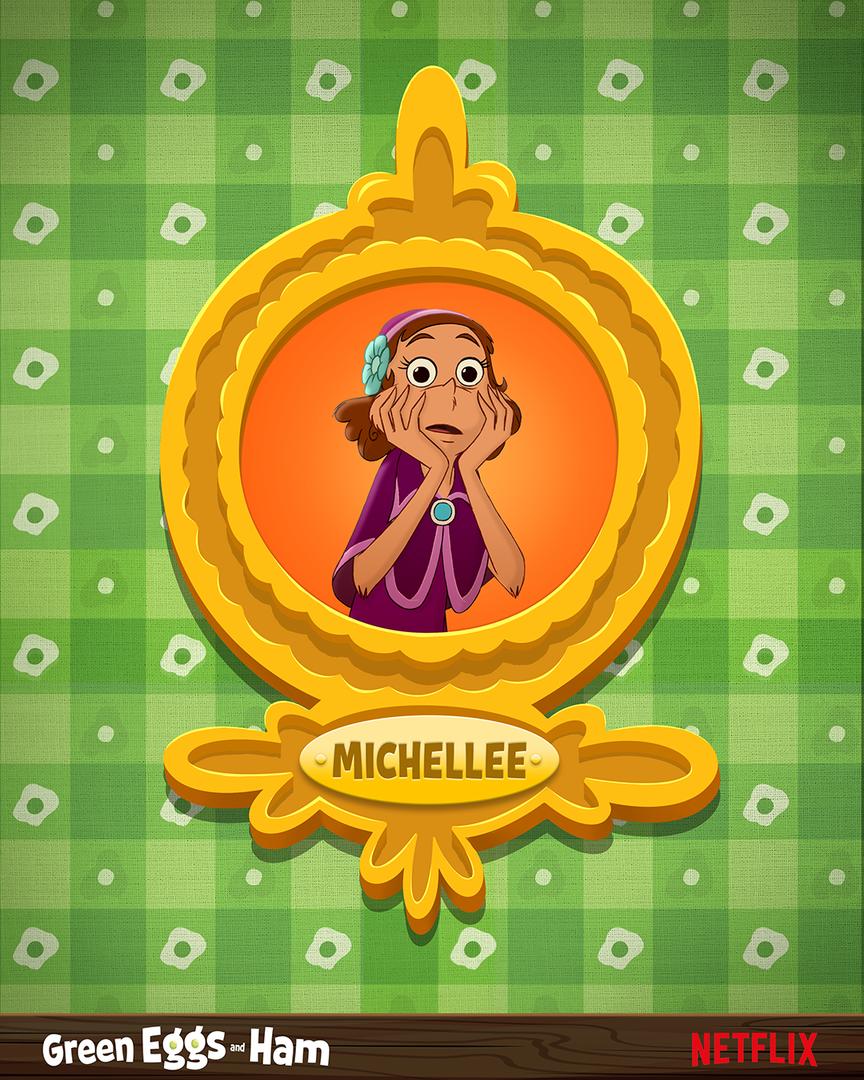 EB’s overprotective mother who’d rather stay home and count beans than ever risk any fun. 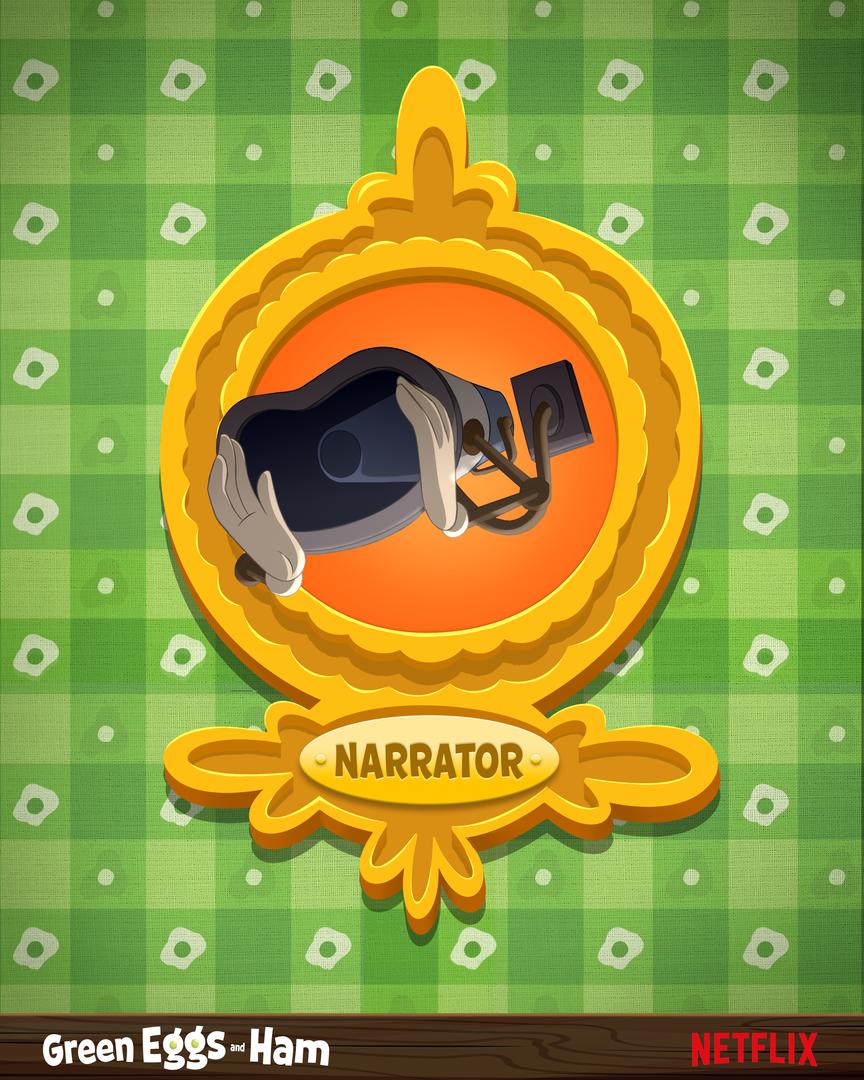 Our rhyming guide on the road to Meepville 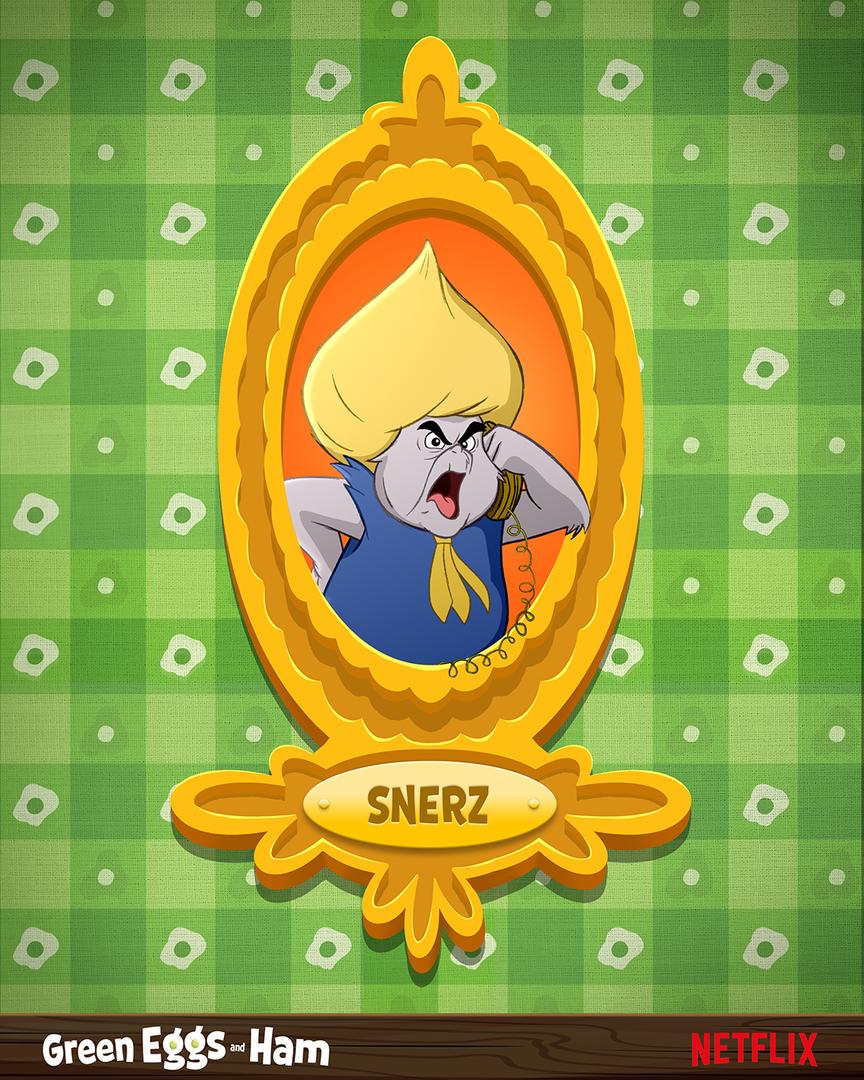 SNERZ (Voiced by Eddie Izzard)
The tiny, evil overlord of the biggest company in all of Seussdom

with a passion for collecting rare, illegal animals. 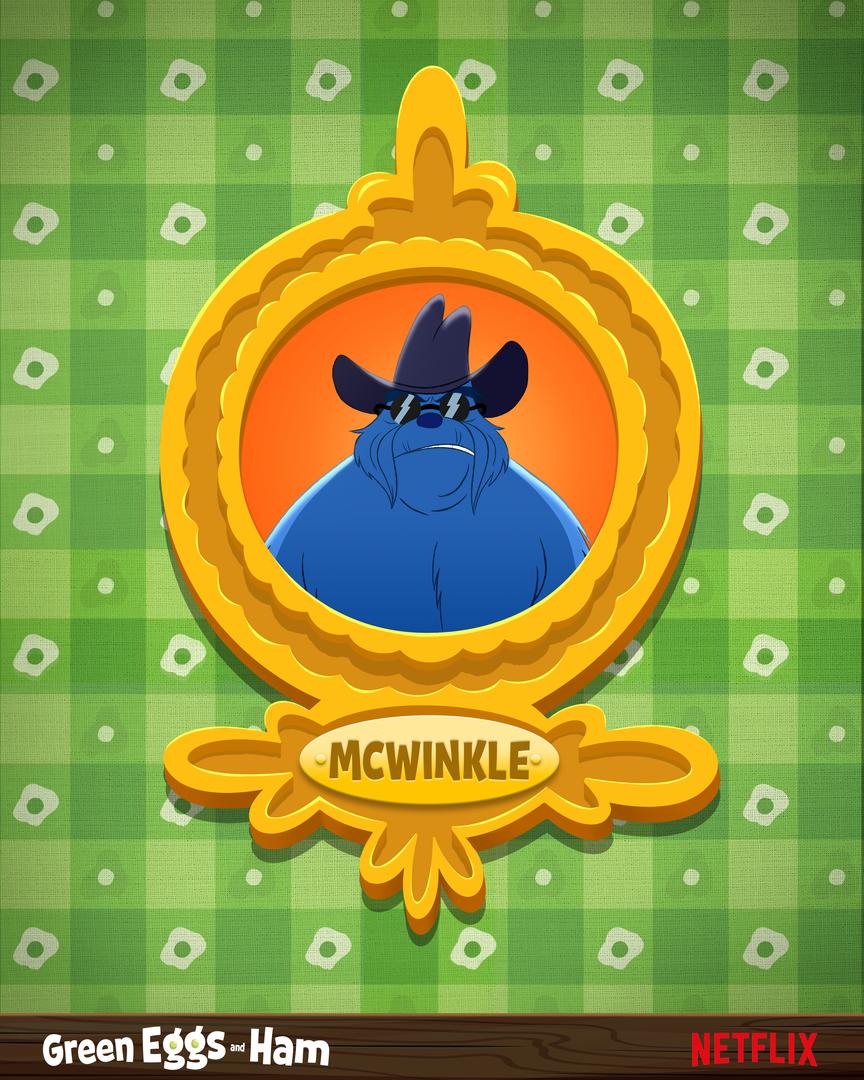 A professional bad guy on one last job. 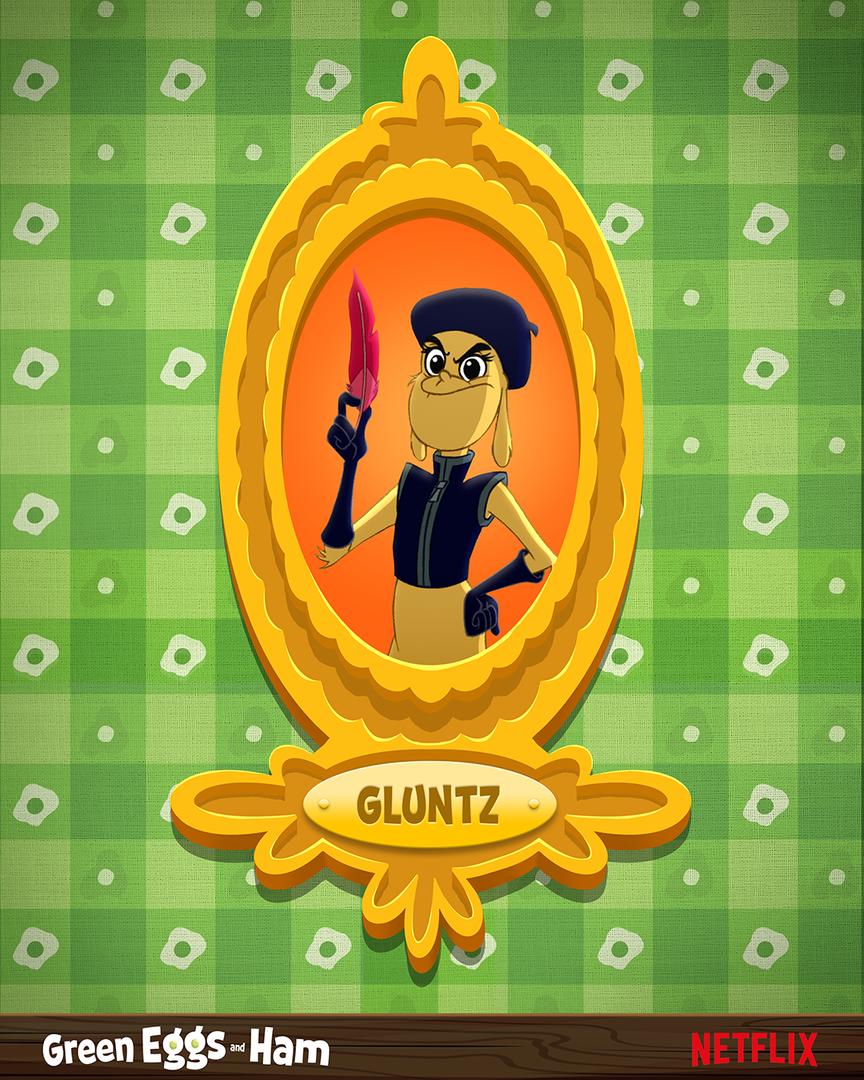 A professional bad guy on her very first job. 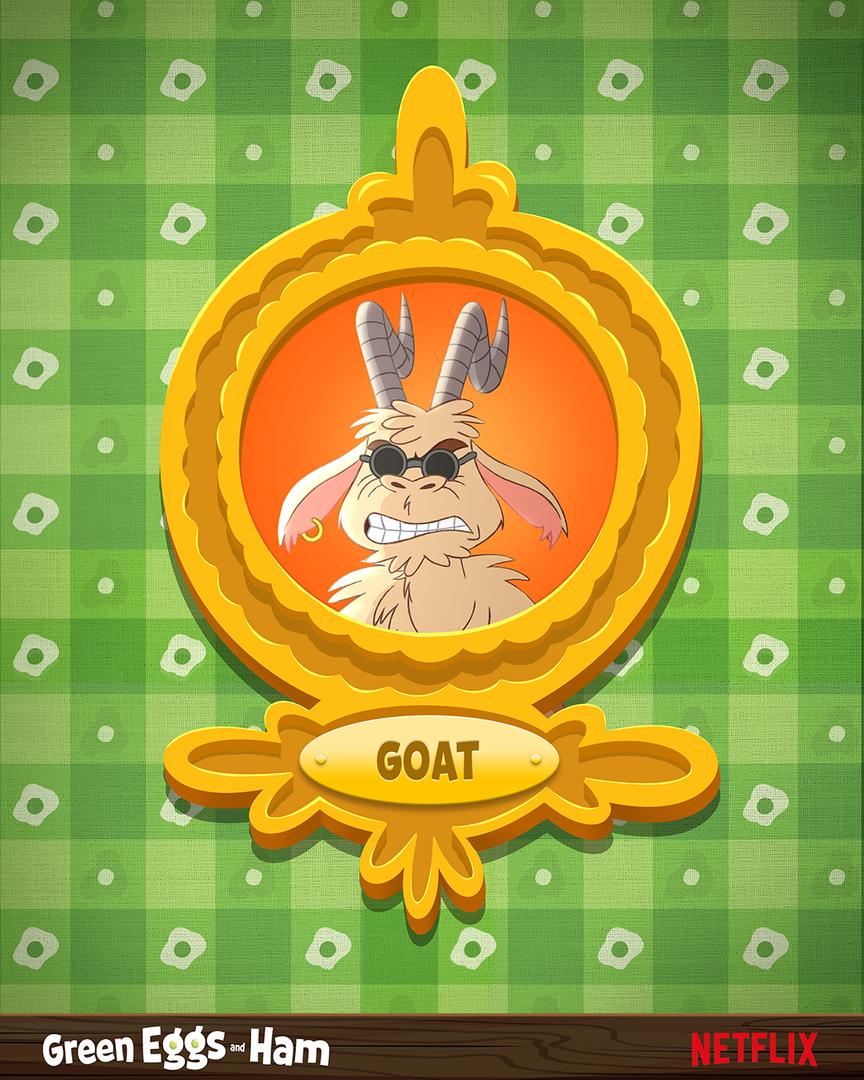 The biggest, baddest goat this side of Meepville. 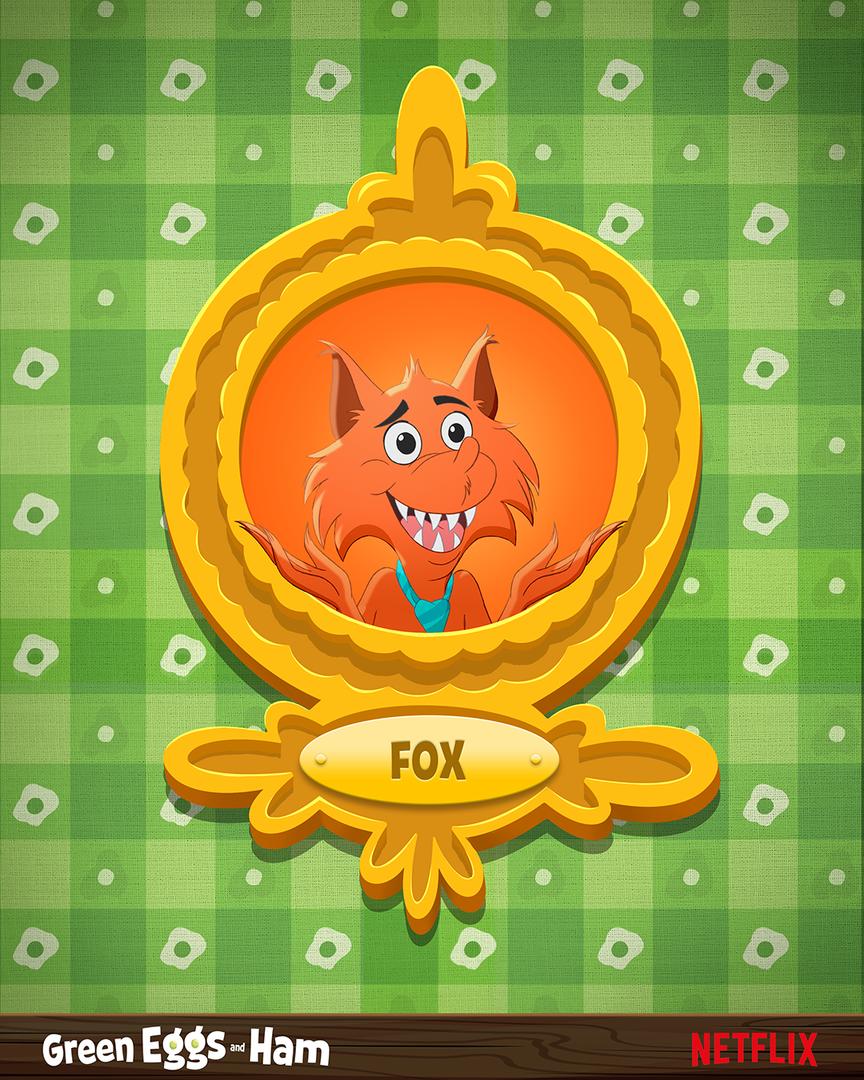 A fox torn by his love for a chicken and her tasty green eggs. 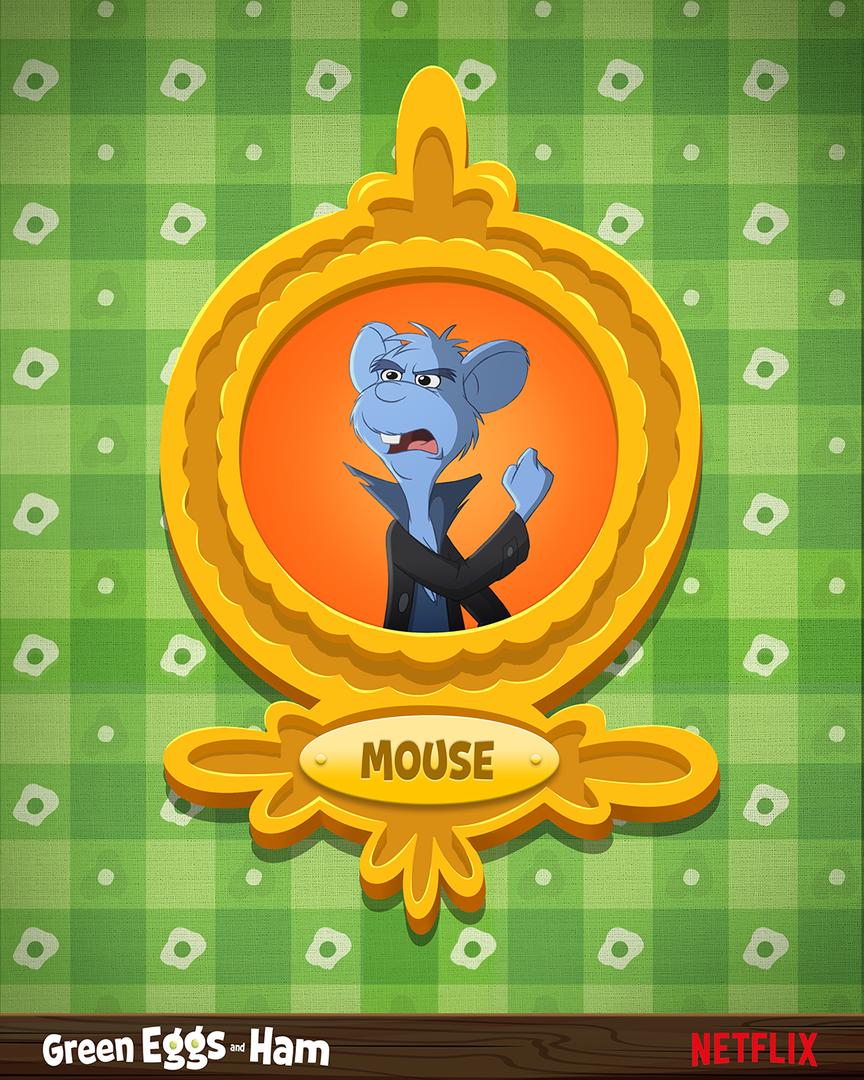 A revolutionary at heart, this vermin longs for freedom and cheese.

Green Eggs and Ham debuts this fall on Netflix