More than 400 Actors, Artists, Authors, and Creators Will Give Talks and Meet Fans.

BGN Will Have a Team Covering All Four Days of Excitement Plus Hosting Our Annual Meet-Up! 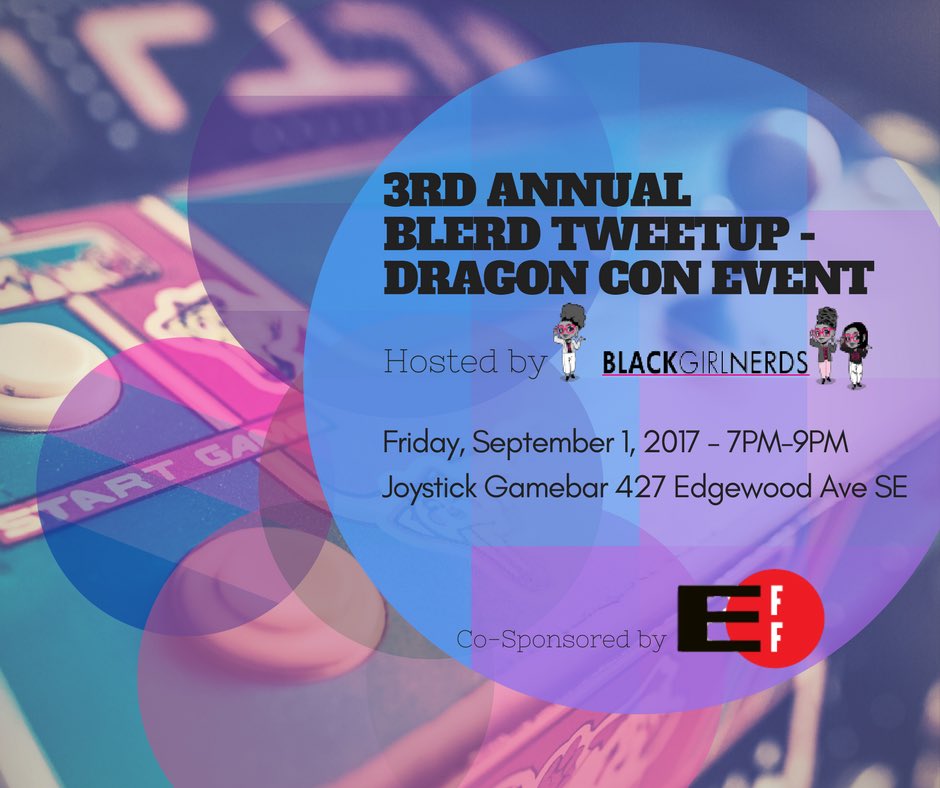 More than 82,000 people are expected to pack downtown Atlanta over the Labor Day weekend as Dragon Con, the internationally known pop culture, sci fi, fantasy, and gaming convention, returns for its 31st year.

Dragon Con fans will travel from every state in the nation and several foreign countries to meet their favorite actors, artists, authors, and creators, make new friends, and talk about the stuff they love.

Guests – More than 400 guests, from the worlds of movies, television, comics, literature, and other universes, will lead panel discussions and meet with fans. Some of this year’s top guests include Stan Lee, Marvel’s Agents of S.H.I.E.L.D.’s Ming-Na Wen, and iconic actor John Cusack, and a pair of fan favorite captains – Firefly’s Nathan Fillion and Star Trek’s William Shatner.

Star Trek fans will be able to celebrate the 30th anniversary of Star Trek: The Next Generation with several of the show’s main characters including Jonathan Frakes, Michael Dorn, Gates McFadden, Brent Spiner, and Marina Sirtis.

“We are delighted to have so many guests from so many of today’s most popular or, in the case of classic science fiction, best loved shows and movies to join us this year,” convention co-chair Rachel Reeves said.

Gaming – New this year, Dragon Con has added cash-prize eSports, sometimes called professional gaming, streamed over the Twitch platform, to its slate of game-specific programming. Dragon Con attendees will be able to see events live, watching professional players and teams compete for cash prizes while their gameplay is broadcast to viewers at home via Twitch.

Dragon Con’s gaming programming takes up a combined 140,000 square feet in Americas Mart Building One and adjacent Westin Peachtree Plaza, making it one of the largest gaming conventions in the nation. Panels, contests, and parties will be held in the Westin while free gaming, paid tournaments, and similar events will be held in AmericasMart. As always gaming will be open to all Dragon Con members 24×7 for the convention.

While the parade is expected to attract a large crowd – it is free and the whole city is invited – it will also be broadcast live on television by Atlanta’s CW69, with a rebroadcast during primetime.

Cosplay – Dragon Con is well known for the quality of its cosplay – or costume play – and that tradition will certainly continue. The nation’s top cosplayers will show off their best work during the show, participating in costume contests every night of the convention and promenading throughout the five host hotels and the streets of downtown Atlanta.

Cosplay competitions remain a mainstay of Dragon Con, including the queen of competitions, Dragon Con Masquerade, which is both the oldest continuously run competition in fandom as well as one of the largest in the world. Jason David Frank of Power Rangers fame will host. The Chôsen, which is part of Dragon Con Night at the Aquarium, will be emceed by Clare Kramer (Buffy The Vampire Slayer) and Michael Rosenbaum (Smallville).

Official Charity – Special Olympics Georgia is Dragon Con’s official charity for 2017. Through auctions and other charity events, plus a dollar-for-dollar match up to $100,000 from Dragon Con, the convention will raise money to support this important community organization.

Since 2013, the convention has consistently raised more than $100,000 for each of its annual official charities, including a $50,000 match from the convention. This year, the convention announced that it will increase its dollar-for-dollar match to up to $100,000.

Pat Henry, president of Dragon Con, Inc., the parent company of the Dragon Con convention, said increasing the match amount was a challenge to Dragon Con fans to raise more money for Special Olympics Georgia than for any charity in the past.

Dragon Con also conducts the largest convention-based blood drive in the nation. In 2016, some 3,000 fans donated more than 6,000 units of blood and blood products in the annual Robert A. Heinlein “Pay It Forward” blood drive, benefiting LifeSouth, which serves more than 40 hospital in the Atlanta area and 110 hospitals in the Southeast.

Dragon Con is the internationally known pop culture convention held each Labor Day in Atlanta. Organized for fans, Dragon Con features more than about 3,000 hours of comics, film, television, costuming, art, music, and gaming over four days. For more information, please visit www.dragoncon.org and follow us on Facebook and Twitter.