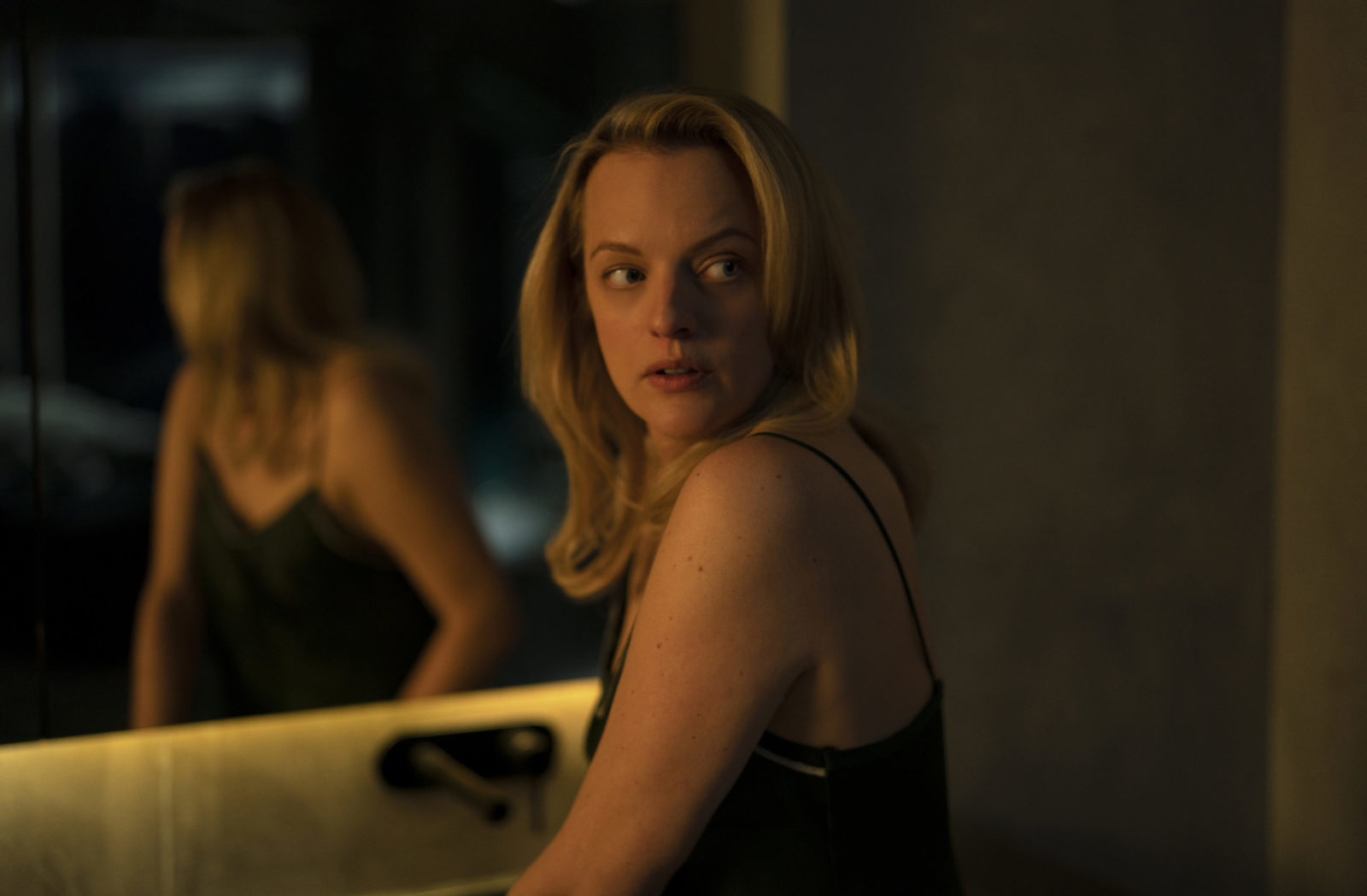 Inspired by the terrifying H.G. Wells tale is a modern take on the story of The Invisible Man from Blumhouse and Universal Pictures.

BGN visited the set of the movie filmed in Sydney, Australia, and chatted with Emmy-award winning actor Elisabeth Moss who plays Cecilia Kass, a woman trapped in a violent, controlling relationship with her ex (Oliver Jackson-Cohen).

During this particular day of production, Cecilia is staring at a chair and thinks she sees her abusive ex who committed suicide — yet Cecilia believes it is a hoax and that she is being psychologically tortured by him day by day.

A film like The Invisible Man tends to go into the dark parts of the human psyche. Moss was asked what it was like to work without any restrictions within an R-rated horror genre as opposed to a PG-13.

“I would be very confused not being able to do certain things and not being and having restrictions like that, I think because it’s just not what I’m used to. The kind of material that I’m attracted to tends to be pretty dark as well. It’s very difficult to do that with those boundaries. That doesn’t mean that things have to be violent. It doesn’t even mean not about swearing or anything like that. But it’s just about being allowed to have the freedom and not have to be like, well, I can’t do that because that might ruffle a few feathers.”

The story of The Invisible Man was a science fiction novel originally serialized in Pearson’s Weekly in 1897 by author H.G. Wells. I asked Moss if she was inspired by any books or watched any films to prep for the role of Cecilia.

“I watched a bunch of like old classic Hitchcock. I’m a huge fan of the genre. I love it. I’ve seen a lot. So I just kind of went back and tried to see some of the earlier creepy stuff. I watched the Nicole Kidman film, The Others. It’s just a good old fashioned ghost story. I watched Prisoners, which is not a horror film. Leigh [Whannell] talks about that a lot and talked about it in very visual terms and Rosemary’s Baby that classic descent into madness kind of tale.”

Moss also added that she recently saw the critically acclaimed horror hit Midsommar, which helped her get into the headspace she needed for this role. Studying for this role was a treat for Moss as a self-declared fan of the genre as she refers to herself as a “horror junkie.”

When it comes to playing a character who descends into madness, Moss says she tries to challenge herself as an actor constantly.

“I have to find new things that I haven’t done. And this was so extreme, in terms, of her descent. I was very intrigued by the idea of somebody who 100% believes something that is absolutely impossible. Everyone thinks that she’s crazy. And I just think that concept of gaslighting and the concept of toxic relationships is really interesting. That descent into madness has been done so well by certain actresses, and I’ve always admired it. It’s not easy to do. Getting here, it was so much harder than I thought it was going to be. I think being scared all the time is hard.”

Moss further discusses what attracts her to these roles not only as an actor but as a person.

“The benefit from being able to exercise emotions when I’m working and to have an outlet through acting has been helpful for me. I don’t know if I’m one of those people that’s like, ‘Oh, I learned something from this, it’s changed me as a person.’ She’s so heroic, and she’s so strong, especially now, she’s such a hero, right? I’ve gotten more secure playing that. One thing I haven’t done in a while is played the opposite of somebody who’s afraid, vulnerable, small, scared, and doesn’t do the right thing and doesn’t know what to do — runs the other direction and is terrified. So that was something that I found interesting about this role, which was challenging in a different way, was not to be there.”

Moss’ character Cecilia Kass will bring much-heightened awareness to the issue of sexual assault and abuse, which, in large part, thanks to the #MeToo movement, has brought this to our consciousness. Elements of toxic masculinity and gaslighting will be explored in this story, which registers deeply into Cecilia’s psychological trauma.