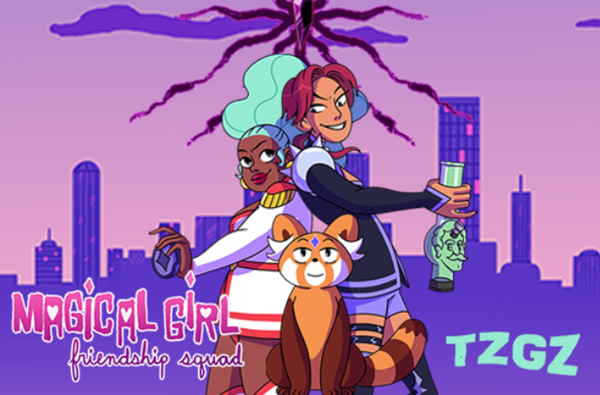 If you haven’t heard already, SYFY has a new series on the horizon called Magical Girl Friendship Squad.

When a little red panda named Nut (Ana Gasteyer) arrives in the apartment of two directionless twenty-somethings and gives them the ability to transform into badass magical girls, Alex (Quinta Brunson) and Daisy (Anna Akana) are forced to get their shit together in order to save the Universe from otherworldly threats. Through a journey of love and friendship and with the help of their magical objects (birth control and a bong), Alex and Daisy learn to wield their new powers and protect their mysterious panda friend who claims to be the creator of the Universe.

BGN presents to you a never-before-seen clip from the episode “My Fated Guardians”. In the episode, Alex & Daisy meet a magical red panda named Nut and learn that being a hero is kinda hard.

In the clip below, after a day of palling around the city, contemplating twenty-something woes like jobs and such, Alex (Quinta Brunson) and Daisy (Anna Akana) come home to find a magical panda, Nut (Ana Gasteyer) who introduces herself as the creator of the universe and tasks them to help save it… with the help of some magical powers, of course!