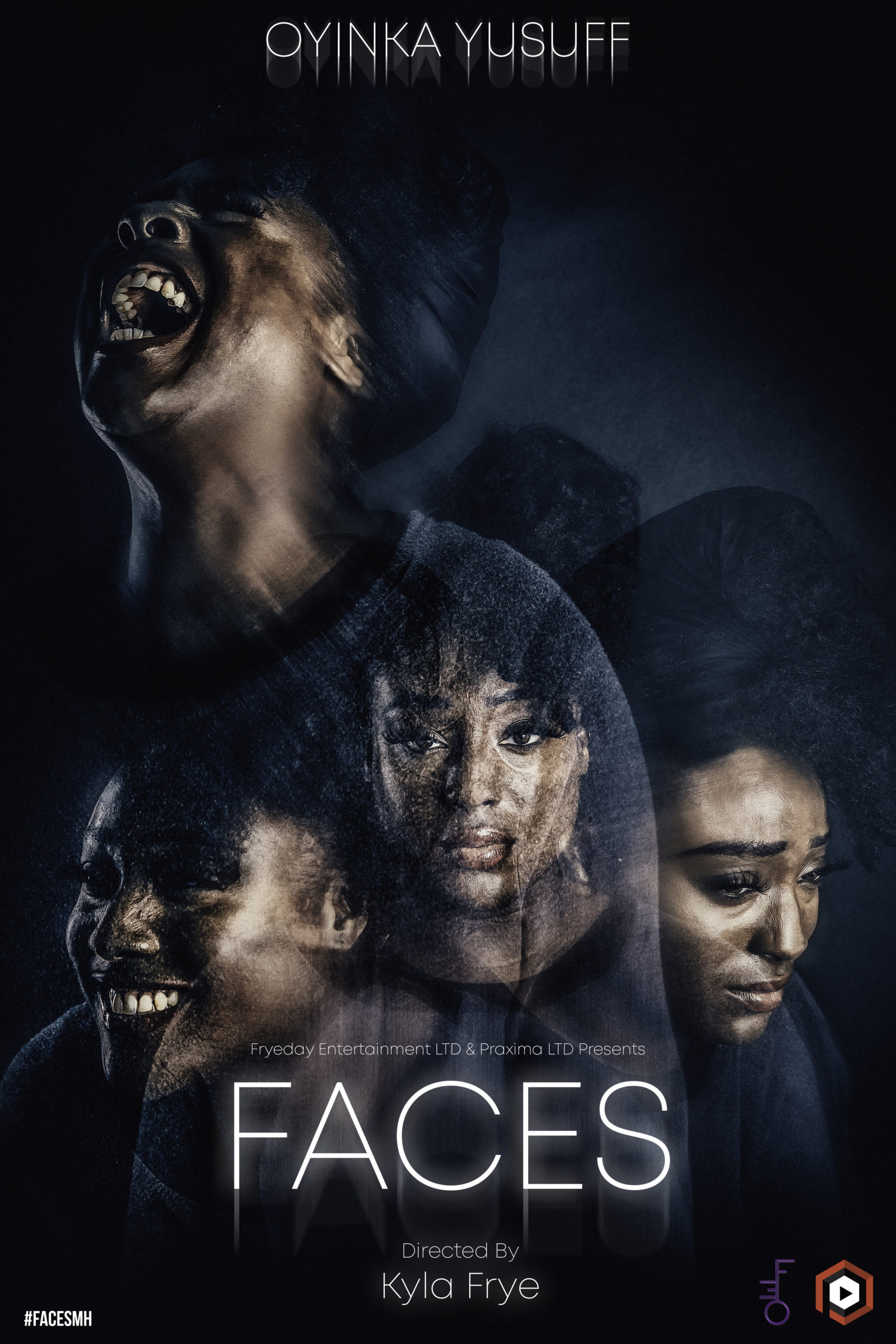 The latest film to come from actress and filmmaker, Kyla Frye, “Faces”, which is co-directed by multi-award winning Sam Bradford will be released online for a limited time next Thursday, February 7th on ‘Time To Talk’ day in association with the charity ‘Time To Change’.

Up and actress Oyinka Yusuff, takes stage as Faces’ lead character ‘Sabrina’; a high-flying advertising and marketing exec who begins to question her reality, herself and everyone else around her.

The micro-short Faces, which is only 5 minutes long, shines a spotlight on what mental health looks like in 21st century Britain and aims to raise awareness whilst sparking conversation surrounding the topic.

Kyla Frye, who is currently 8 months pregnant, wrote, produced and co-directed Faces, wanted to share her own experiences about mental health, create something positive that empowered those who also struggle with their mental health and challenge the notion of what it means to be a “strong black woman”.

Faces the second collaboration between production companies Entertainment and Praxima, whose first, Double Cross received critical acclaim and available to watch on Amazon.