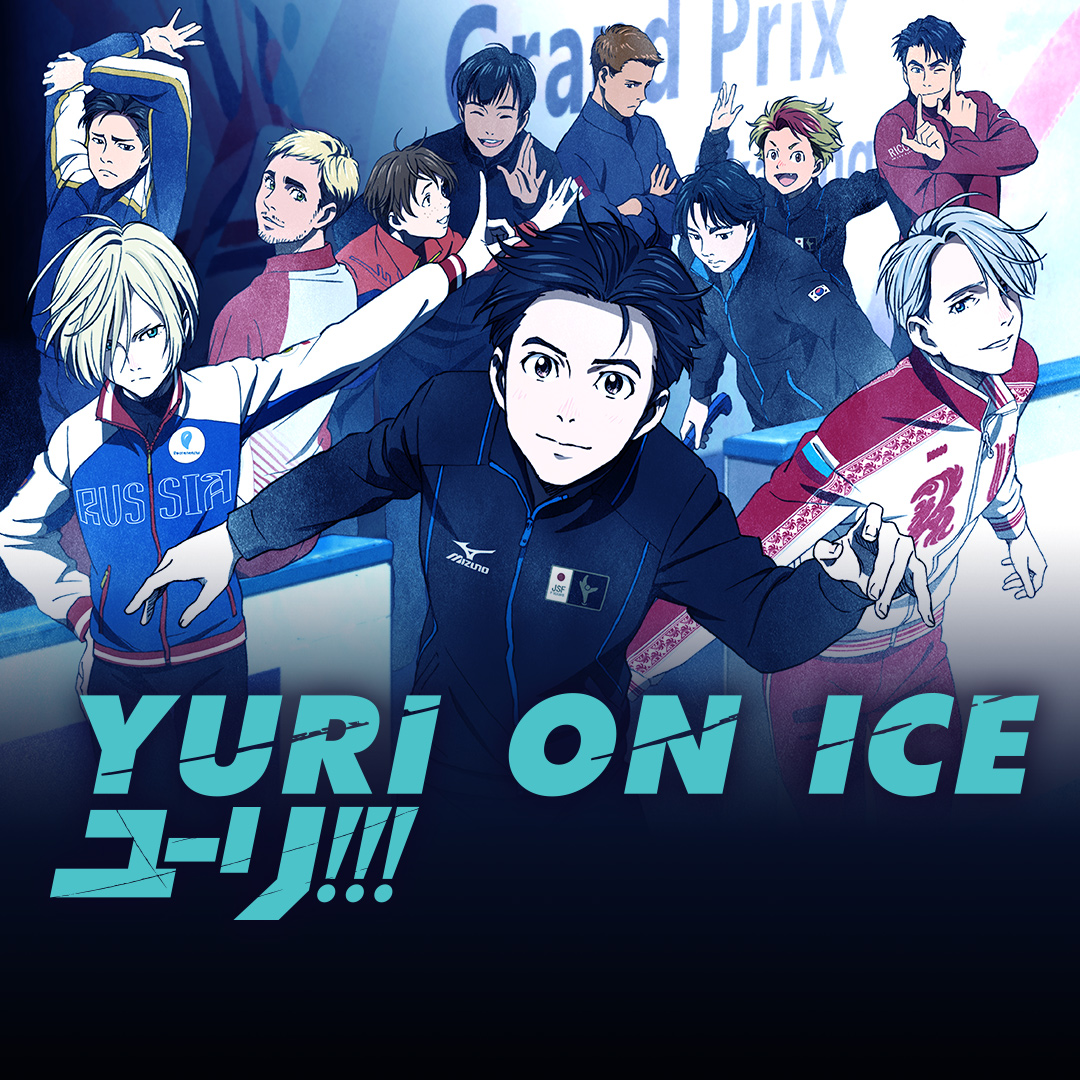 Yuri on Ice is a 2016 anime about figure skating. Yes, you heard me — figure skating. If you’re thinking figure skating isn’t your thing, it’s about so much more than the sport (though figure skating is awesome and you should give it try). It was directed by Sayo Yamamoto and written by Mitsurō Kubo. When you fall into the obsessive fandom, this information will be important. You may laugh now, but after watching this series you too may be desperately waiting for whatever news gem Kubo-sensei chooses to drop (and our fellow fans kindly translate).

Other than figure skating, what is this show about? It follows Yuri Katsuki, a nationally ranked Japanese skater. After a disastrous showing at the final of the Grand Prix competition, he decides to take a break from the sport. As someone who also suffers from anxiety, I related a lot to Yuri and his struggle between wanting to pursue his passion and being held back by the belief that he’s not good enough and will fail. Sometimes you are your worst critic and your own saboteur.

Yuri is a great skater — he wouldn’t have made it to the Grand Prix final if he wasn’t — he just couldn’t see that. And that’s what the first season is about: Yuri fighting his way back, conquering his anxiety, and showing the world and himself how amazingly talented he is. Helping him on that journey is world champion and

Helping him on that journey is world champion and all-around skating god, Victor Nikiforov. Victor is going through his own arc, trying to find his motivation after he has accomplished everything he has set out for. Rounding out our main trio is our second Yuri, Yuri Plisetsky. At the beginning of the series, Plisetsky is making the transition from the junior level to the senior. He’s in the shadow of his fellow Russian skater, Victor. It doesn’t help that they train in the same rink with the same coach and now Victor has gone off to help some other skater.

Even the prickly and outwardly overconfident Plisetsky struggles with self-doubt. As we head into the competition circuit, we meet skaters from around the world. As pieces of their backstory are revealed, each one is shown to be interesting in their own right. You’ll soon see that each skater is struggling with proving themselves in some way. The series is only 12 episodes but we get a lot of character development. We also delve into the relationships the skaters have with each other. This is definitely one of my favorite things about the show. Of course, there’s the relationship between Yuri Katsuki and Victor. We get to see that grow and deepen as the show progresses. Then there are the relationships between the skaters. They are competitors but they generally support each other and want to see each other succeed. It makes it hard to truly dislike anyone on this show. Believe me, I tried.

Without the actual figure skating, this show wouldn’t work, so thankfully they do an amazing job of animating it. The creators worked to make it look as authentic as possible. The movements are beautiful and fluid. Each skater has their own skating style, costumes, and music choices that fit their personalities. This attention to detail has helped the show become popular with real-life figure skaters. Evgenia Medvedeva, 2-time World Champion, loved it so much she decided to put together her own cosplay:

As are American skaters Johnny Weir, who did this interview for Crunchyroll (contains slight spoilers so maybe watch it after the show. Also check out his Instagram to see his skating routines from the show) and Ashley Wagner:

In conclusion, you should be watching Yuri On Ice. If you’re worried that it’s all crying and seriousness, know that these characters also spend a lot of their time being ridiculous. Just a general warning, you’re probably going to want to eat katsudon after this.

You can watch Yuri On Ice on Crunchyroll!