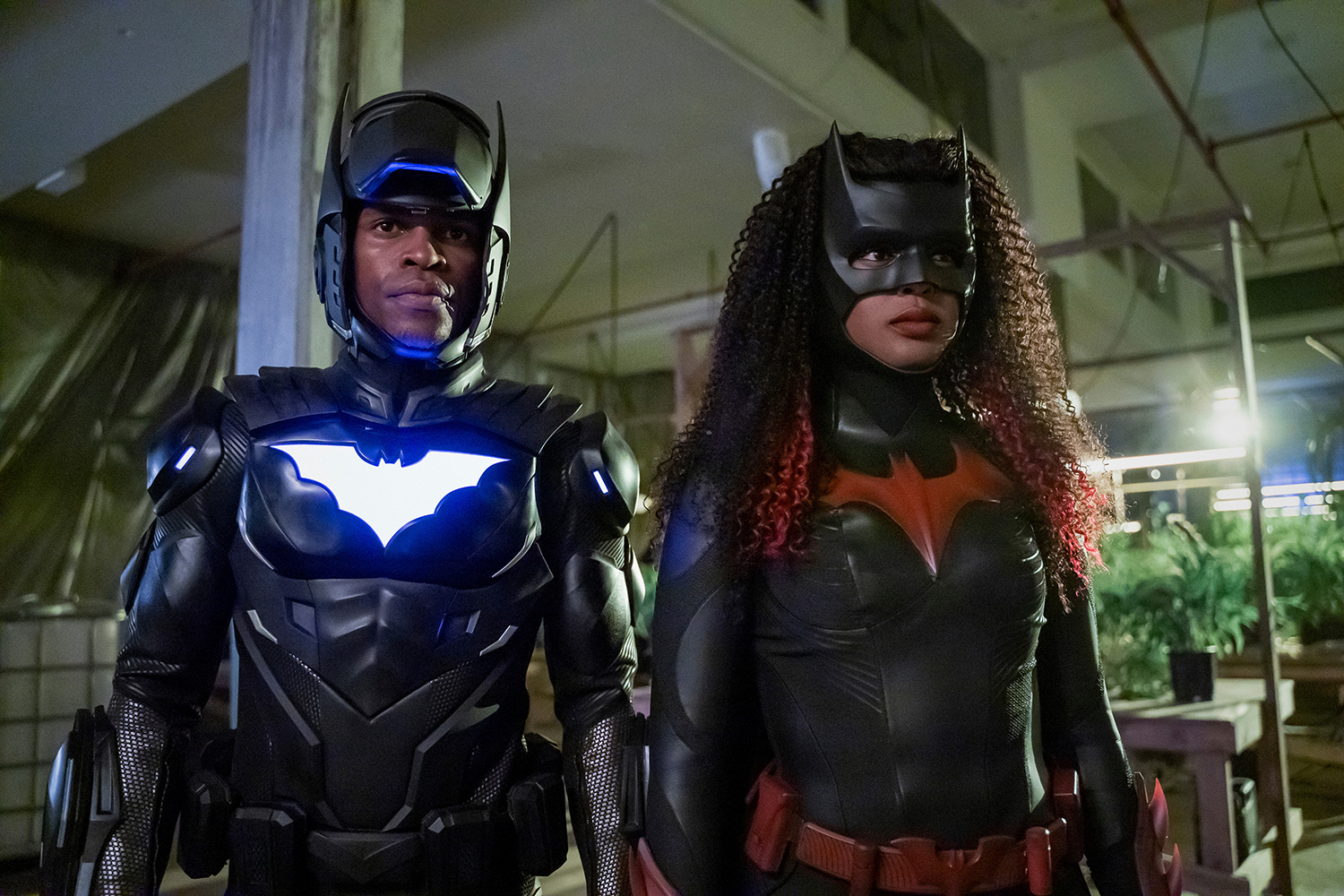 In season three of Batwoman, Ryan Wilder (Javicia Leslie) has shed her parole for the Batsuit and her van for the Batcave to carry out the legacy of Batwoman and protect Gotham’s underserved communities. Her journey continues as she and the Bat Team focus on finding Batman’s trophies, a collection of objects seized from Gotham’s most infamous villains before they land in pernicious hands. Meanwhile, Ryan personally struggles with the bombshell dropped by Alice (Rachel Skarsten) – that her birth mother is still alive.

Alice is locked up in Arkham and holding on to hope that her father, a recently incarcerated Jacob Kane, will save her…but nothing can keep an evil woman down.  Mary (Nicole Kang) is graduating from medical school and juggling her roles at the clinic and as a part of the Bat Team alongside Luke (Camrus Johnson), who is winging it as a superhero after discovering a suit made for him by his father. However, as Batwing, Luke starts his own journey realizing that it takes more than a suit to be super. Having said goodbye to Kate and the Crows, Sophie (Meagan Tandy) feels liberated to find a new purpose, but while making the most of her newly free lifestyle, things heat up and she finds herself in the middle of an exciting but very unexpected love triangle.

As visits from villains past loom over Gotham and anyone can become a baddie by finding a wayward Bat Trophy, Renee Montoya (Victoria Cartagena) steps in to supervise the recovery of the scattered artifacts, forcing an unwelcome partnership between Gotham’s favorite hero and most notorious ne’er-do-well. And despite best efforts to avoid her past, Ryan is thrust into the world of super mogul Jada Jet (Robin Givens) and her son Marquis (Nick Creegan) when Wayne Enterprises lands on the radar of another one of Gotham’s most powerful families.