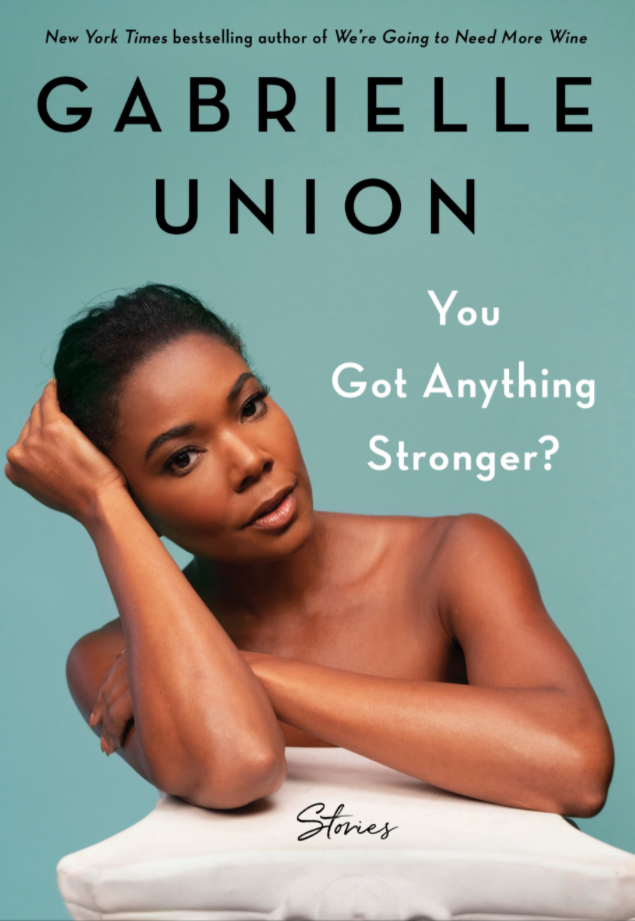 Gabrielle Union has remained a beautiful force in the eyes of Hollywood and beyond for decades. However, we are now able to see all the aspects that make Gabrielle who she is today.

In the sequel to her New York Times best-selling memoir, We Are Going to Need More Wine, her new book You Got Anything Stronger? allows Union to dive deeper into her journey to becoming a mother, the changes needed in the entertainment industry when it comes to equality and inclusion, as well as how she has grown mentally and emotionally the past four years since her first memoir’s release.

BGN talked with Union via Zoom call about the creative process behind You Got Anything Stronger, how therapeutic practices have helped change her life, and how she is fighting back against the “superhero Black woman” narrative.

One of the subjects that you cover in the upcoming memoir is your journey to becoming a mother. Even though you stated that you often had “second thoughts” about sharing this part of your life, how does it make you feel to know that you have helped numerous people around the world with your story?

I’m paraphrasing, but I cannot lie — I kind of like my paraphrasing better: Radical truth and transparency build community. Lies create isolation.

For example, if I was like, “Oh, how are you doing?” You’re actually having a s***ty day, but you say, “I am fine.” Well, I might have been looking for that opening of truth that you extend in your answer that allows me to feel comfortable enough to be like, “Girl, me too. S***, how are we gonna figure this out?” versus you opted for fiction so I respond in fiction. The opportunity is lost. I had to just get over my fear, but a lot of that was just rooted in this deep fear of being looked at as weak, stupid, or bad.

What happens if we’re just like, “I’m f***ing struggling and I actually need a lot of help. Can we share some resources? Can we share plans of action of how you even started on the journey of dealing with these things? What doctor did you go to? How much was that? Does my insurance cover them?” We can help each other in this way. We just generally don’t because of a fear of looking some kind of way. How does our vulnerability translate? I always thought it just translated to weakness and unworthiness. Now I’m like, my ability to be radically transparent is my superpower. My being okay with not being okay is my superpower. I don’t have to come up with weapons to battle these inner demons that are not helpful. My best weapon is acknowledging the s*** that’s happening — calling a spade a spade in my own life and then hopefully encouraging other people with that.

In our community where prayer and ignoring it are preferred when dealing with mental health struggles, how has incorporating therapeutic practices into your life helped you not only as you wrote these memoirs but in all aspects of what makes you who you are?

It allowed me to see myself and other people clearly. When what I see I don’t always like, I can approach it fairly in a way that can ultimately be helpful and not just offer s***ty commentary. I’m quick with a phrase. I’ve incorporated some of the questions that my therapist asked me when we’re doing a pitch or hearing a pitch. I’m gonna ask a little bit more about the creatives than just the story they created.

I’ve gotten to a place of being okay in investing in people versus s*** that I think is just going to make me money or whatever. I’m finding more joy in people than what they could potentially do for me. That’s the win. That is where I’m passionate about.

Therapy definitely felt I was like taking an L all the time. I felt stupid. I felt weak. I felt like I was settling to offer or receive grace. Nothing about it felt empowering in any way, shape or form. But when you practice it enough and the world doesn’t end, you’re seeing the positive reaction to it. Then it’s extended to you when you need it. You’re expecting somebody to be a hard ass and somebody extends grace, you’re like, “Oh, my God, my whole day just shifted because I was so anxious and fearful of disappointing somebody or not being everything they needed in the moment or being late or whatever” — whatever it is that we get nervous about somebody else judging us for or suffering some super harsh consequence. Then they are like, “It’s okay.”

I’m sorry… It’s okay? I don’t even know what that means!

Then realizing it is okay. I don’t need to be the same hard a** to someone else. What they need is grace. They don’t need my judgment. They don’t need my smart mouth. They don’t need the looks and the heavy sighs; it’s not helpful. Nothing has changed with all of that. But you offer grace, everything can change. Everything is still on the table. All of that has been a long, long, long journey. I still struggle with it at times, but at least I’m conscious of it now. I’m trying.

Black women are often regarded as “superheroes.” We are able to handle everything life throws at us with ease and grace, and we put others first. In today’s society, we have to fight for the ability to be emotional, to state things that are in opposition of the majority or to put ourselves first. Especially as a public figure with millions of eyes on you, how have you personally fought back against this stereotype against Black women?

For me, part of my self-care is when I do have microphones in my face. Instead of speaking in weird cliches and just sounding like a positive affirmation reel on a loop, I’m honest. I’m just honest. I do things like write this book and then proceed to go on a book tour to talk at more length about these things. It’s also doing things like talking about perimenopause, passive suicidal ideation and also getting the s***s at a strip club. Hopefully, people can see that I’m not one thing.

I remember the first time I heard Viola [Davis] make a dirty joke and I was shocked because I decided she was just this serious actress and that’s all. You don’t allow people to be who they are. Hopefully through this collection of essays, on top of We Are Going to Need More Wine, people realize that I go through maybe some different s*** but a lot of the same s***. It just gets magnified. We’re on the same f***ing boat feeling like we’re lost. But we don’t have to be so. So f*** it. Let’s join up.

You Got Anything Stronger?: Stories by Gabrielle Union is currently available wherever books are sold.