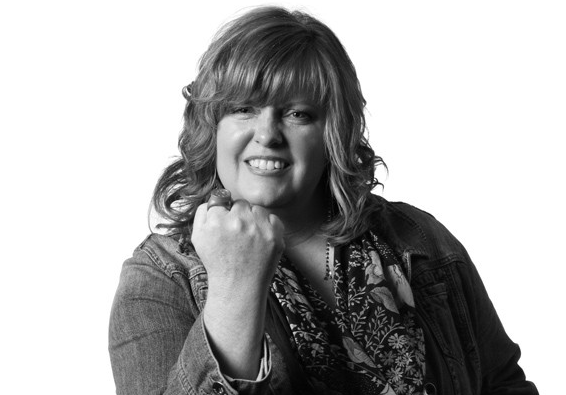 The comic book community is again coming together to assist in the recovery of Puerto Rico after Hurricane Maria devastated the island six months ago.

After organizers of Puerto Rico Comic-con announced they would go forward with the annual event, several artists, celebrities and creators have reinforced their commitment to the people of the island by confirming they will be guests at the event set to take place May 18 through 20 at San Juan’s Puerto Rico Convention Center.

Along with Jim Starlin, John Barrowman, Juliana Harkvay, Casey Cott, and Carolina Ravassa, DC writer Gail Simone recently announces she will be appearing at the convention.

Black Girl Nerds spoke to her about the first appearance at the convention, the comic book community’s dedication reconstruction and the strength of the Puerto Rican people.

GS: Well, what I am finding out is that the comics community is universal, they don’t care about proximity, they don’t care about borders…when two comics readers get together, they have that common ground immediately, and I love that. It’s important, it’s a force of shared love for the medium. And I’ve been traveling the world, speaking to young girl readers in Shanghai and cosplayers in Singapore and aspiring creators in Buenos Aires. I’m sure it sounds hokey, but we’re all bound together by something very positive and very hopeful.  We’re brothers and sisters even beyond our basic shared humanity because we all love comics.

For years, I’ve been asked to come to Puerto Rico for events and signings, I’ve always wanted to, but for one reason or another, I couldn’t make it. This time, I know the people

of Puerto Rico want to send the message that life goes on, and Puerto Rico is open for business. I want to support that any way I can. So I couldn’t turn it down. Joy begets more joy, and I think it’s amazing and awesome that in the middle of reconstruction after a terrible event, there’s a comic con, with all the fun and happiness that brings people. How could I say no?

Is this your first time there? If so, what are you looking forward to?

GS: It’s my first time. I have some friends who are hoping to take us out to tour some slightly remote areas and we can’t wait. We’re also told that the food is delicious and the scenery breathtaking.

Organizers believe this is the biggest non-fundraising event to take place in the island since the storms. What does that say to you about the Puerto Rican people?

GS: That they are amazing.  Seriously, just from what I have been hearing from them, they seem like everything I would love to be.

What does the support shown to the island from the nerd community say about geeks and pop culture lovers?

GS: This is an interesting thing. At New York Comic Con, we put up a small little container for donations for Puerto Rico relief. As packed as that con was, and as expensive as it is to get around in New York, the con people just kept coming by and donating, many donated several times. We thought we might raise a couple hundred dollars, but we raised over a thousand, just from people passing by my little table in Artists Alley. That makes me happy. I was just at a con in Vancouver, Washington, where the organizer donated five thousand dollars to the relief efforts in our names. I’m going to keep at it, I don’t want the people of Puerto Rico to ever think for a moment they are forgotten by the nerd community.

Would you encourage your fellow artists and creators to participate and why?

GS: I absolutely would. Lord knows, a lot of what happens at conventions can be silly and selfish, but it can also be a powerful force for good, and for exposure to worthwhile causes. But seriously, even if all that we accomplish is helping give folks in Puerto Rico a nice, fun, joyful and silly weekend, I will consider that a win for everyone.