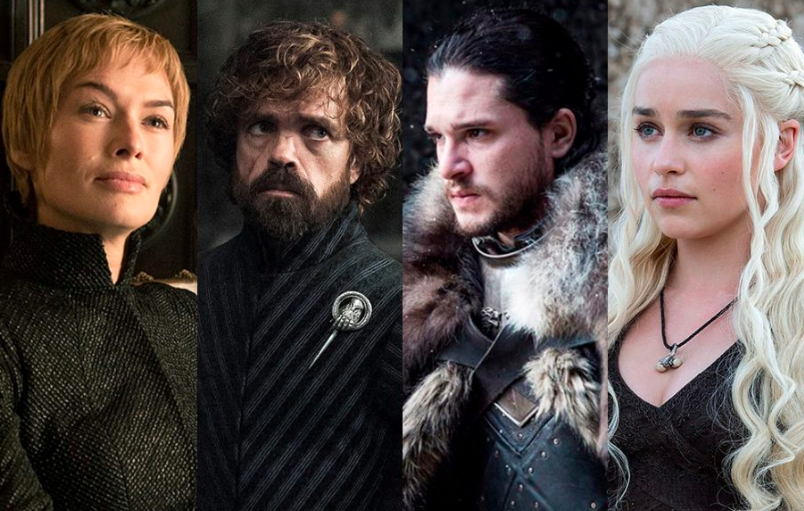 On Friday, June 8, HBO fulfilled the desires of millions of Game of Thrones fans by confirming a planned spin-off prequel series. There is no set released date for the series but it has been confirmed that show will take place over a thousand years prior to the War of Five Kings, and original show creators David Benioff and D.B. Weiss will have nothing to do with the upcoming project. Instead, the prequel creators will be George R.R. Martin himself, and British writer Jane Goldman. A revelation that will surely bring new hope and reassurance to fans and critics alike.

Since its premiere, Game of Thrones entranced the world with its tale of family struggles, the intensity of deadly politics, and betrayal in a Medieval world with red witches, dragons, and ice zombies. It has easily become one of HBO’s most successful shows and the owner of several awards. However many have criticized the show for its treatment of women.

Excessive and unnecessary female nudity aside, Game of Thrones’ history of putting in rape scenes — that the books they’re based on does not have — and its failure at handling main or recurring female characters. Since episode nine of the first season, Sansa Stark has been treated as someone meant to be abused and whatever accomplishments she made in the last two season were either played down or accredited to her “brother” Jon Snow. In the books, while Sansa is abused, she flees her captors and slowly starts to come into her own and is never raped. Especially as a way to display how horrible an already established evil character is and another man’s reaction to Sansa’s torture.

Other rapes scenes are Daenerys’ wedding night and Cersei’s sexual encounter with Jaime. In the books, Daenerys is nervous but willing, while in the show she is clearly unwilling and on the brink of tears. Cersei tells Jaime that she doesn’t want to have sex but he tells her that he doesn’t care and continues. This is very problematic because on the show Daenerys begins to fall in love with her husband and Jaime is supposed to be the likable anti-hero, or “reformed” bad guy.

Although, the rape scenes aren’t the only problems with Game of Thrones portrayal women. House Martell, a family that is infamously liberal and powerful in the books, is stripped away of the cunning and beauty Arianne Martell and pieces of her story are blended into Ellaria Sand, Oberyn Martell’s lover. The problem with her character is not that she was able to grasp power, despite having no legitimate claim to Sunspear, but because Oberyn’s brother, Doran Martell, was made to look so passive and weak. As if the only way a woman could gain control is if the men in power were too “incompetent”.

There’s also this confusion of female-led violence equating to “female empowerment,” which isn’t the case. Ellaria and the Sand Snakes killing the men of House Martell in order to avenge House Martell is not a “Yay! Girl Power” moment. From a storytelling standpoint, it makes no sense and can be taken as a way to enforce the negative stereotype that “feminism” begins and ends with the destruction of men rather overcoming different levels of misogyny in society. Something that despite David Benioff and D.B. Weiss well-meaning intentions, they’re just not understanding.

Things like this could often have certain people wondering how things would have gone if a woman had more creative control and/or authority in Game of Thrones. For the longest time Hollywood has been dominated by white men and because of this, there is either a lack of representation or a lack of understanding at doing representation well. More people of different and intersectional communities need to be in the writer’s room, and Jane Goldman’s status as co-creator is another step in the right direction. Goldman and Martin’s prequel series could very well be a great counter to all the Game Of Thrones negativity that we need while complimenting its positivity.

As an established writer and producer, Jane Goldman is no stranger at creating for the screen and has an impressive history. Her resume consists of popular films like the X-Men films First Class and Days of Future Past, The Woman in Black, Kingsman: The Secret Service and Kingsman: Golden Circle, Peregrine’s Home for Peculiar Children, Kick-Ass and others.

It will be exciting to see what Goldman and Martin come up with for the Game of Thrones universe. Especially, in an era that isn’t as detailed in the books as Robert’s Rebellion, Dance of Dragons or Aegon’s Conquest. The possibilities are so vast even Youtubers Preston Jacobs and Carmine (Redteam Reviews) have theorized the possibilities of “Xena-like” women running around in a world where dragons don’t solely belong to Targaryens.