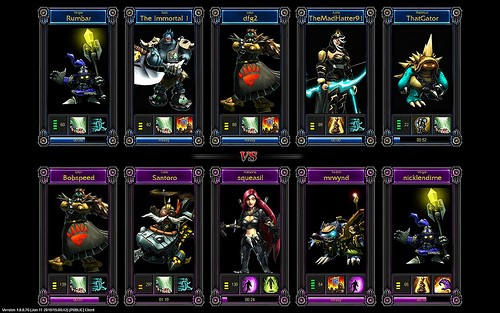 Far and away the most popular online game is League of Legends which has dominated the online market for a few years now and boasts a following of around 100 million players each month.
Like all online games, League of Legends has its problems with viruses and scammers trying to infiltrate the game so an antivirus program that incorporates a gaming mode is recommended in order to remain protected and enjoy your favorite online games without pesky interruptions and needless warnings. Specific threats to online gamers are ransomware, that locks entrance to files until a ransom is met, password stealers, fake game cracks plus fake apps and phishing, which reared its ugly head again this festive period to dupe unsuspecting League of Legends players with a fake website designed to look like a legitimate Riot site.
Yet as well as viruses, the most popular online game in the world also has a problem with diversity within the game. The question of where are the Black League of Legends characters has been brought up by fans of the game and you can join the discussion on the Kotaku site. Although League of Legends isn’t the only game with a lack of diversity, as the market leader it would be good to see them set an example by including some positive Black characters. To that aim, here are our picks for the top three Black characters from gaming.

Elena is a character that first appeared in Street Fighter III: New Generation. She’s an African princess who fights in the capoeira style. Her fighting style suggests the game developers did their homework as this martial art was developed in Brazil by West African slaves in the beginning of the 16th century. As with all the Street Fighter characters, she has a complex backstory (that few pay attention to) and a number of special moves that can be unleashed with tricky combos. Her attire in the game is some of the most revealing in the series’ history – basically just a bikini with gold bracelets on her wrists and ankles. Elena isn’t the first Black character to appear in the series, as boxers named Mike and Balrog appeared in the first two incarnations of the game.

Franklin Clinton is one of three main protagonists of Grand Theft Auto V along with Michael De Santa and Trevor Philips. The former gangbanger now works legitimately by repossessing cars while also looking to make a big score and not get sucked back into his old gang lifestyle with best friend Lamar Davis. The part of Franklin is played by Shawn Fonteno, also known as Solo, who was able to draw on his exposure to gang culture in South Los Angeles before going on to become a successful music artist. One of the more intriguing elements of the character is how other characters in the game, particularly the Los Santos Police Department interact with Franklin and game developers Rockstar Games should be applauded if this is an intentional element of the game.

Barrett Wallace first appeared in the huge Final Fantasy VII as the leader of an eco-terrorist organization. He wanted nothing more than a quiet life with his daughter Marlene, yet the battle against the Shinra Electric Power Company forces him into a world of rage, retribution and regret. Standing 6 feet 5 inches tall with high and tight hair, jewelry and a beard, he looks a little like Mr T. The character has received both praise and criticism, based mostly on Wallace’s appearance and the game developer’s use of Ebonics. Yet as a strong father figure and a character that shows compassion and guilt concerning his actions, he’s probably one of the most compelling Black characters ever.

It’s great to play games on your own, with no need of an internet connection or having to rely on anyone but you, yet it can feel a little lonesome at times. That’s why online games have become so huge with millions of devoted fans logging on to combat each other or engage in collaborative challenges. With so many millions of us joining in, a little diversity shouldn’t be too much to ask for. Characters in the spirit of those above joining the online gaming rooster would put a smile on many a gamer’s face.