The North Pole: When Your Environment Is Melting Away—Where Will You Stand?

This Fall, get ready for the new comedy web series that hits on today’s biggest hot-button issues: gentrification. Global warming. And gluten-free donuts. 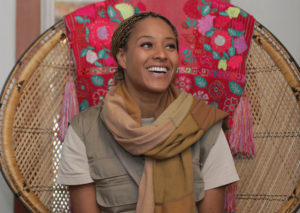 “We wanted to make The North Pole because there’s no place on earth like Oakland, states Healey, who wrote and produced the series. “And until Neil de Grasse Tyson tells me otherwise, there’s no planet in the universe like Earth. I call both these places home—and both are suffering through their own kind of ‘climate change.’ At a time when whole communities and environments are being displaced and disposed of, The North Pole is our creative picket line-turned-comedy roast—our crazy love letter to Oakland and all the people and places around the world worth defending.” 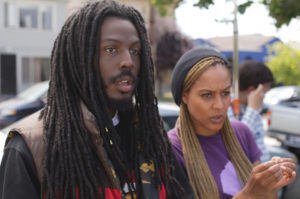 The North Pole follows Nina (Reyna Amaya) and her two best friends, Marcus (Donte Clark) and Benny (Santiago Rosas), who are all born and raised in North Oakland, CA—better known to locals as “The North Pole.” As their neighborhood changes drastically into a hostile environment, the three friends choose to fight, dream, and plot hilarious schemes to remain rooted in their home. Facing both gentrification and climate change, they combat evil landlords, crazy geoengineering plots, and ultimately each other.

“I’ve been wanting to play a character like Nina for a long time. When I saw this story about a super smart, super funny black woman who reps hard for Oakland just like I do, I knew I had to get down,” shares lead actor Reyna Amaya. “This series feels so fresh and so real—we need more diverse, younger voices like this right now. Nina represents that strong revolutionary Bay chick that talks hella trash and drops knowledge in the same sentence. But what’s she going to do with that strength? That’s the question that gets answered in the series.”

“This series is definitely a collective labor of love,” states Iturriaga, the series director and deep-rooted Oakland resident. “My friends, my community, and my block shape everything about this project. It’s their voices and stories on the screen. I can’t want to share, get inspired and laugh together.”

After its September 7th premiere in Oakland, The North Pole will then be available worldwide on YouTube.