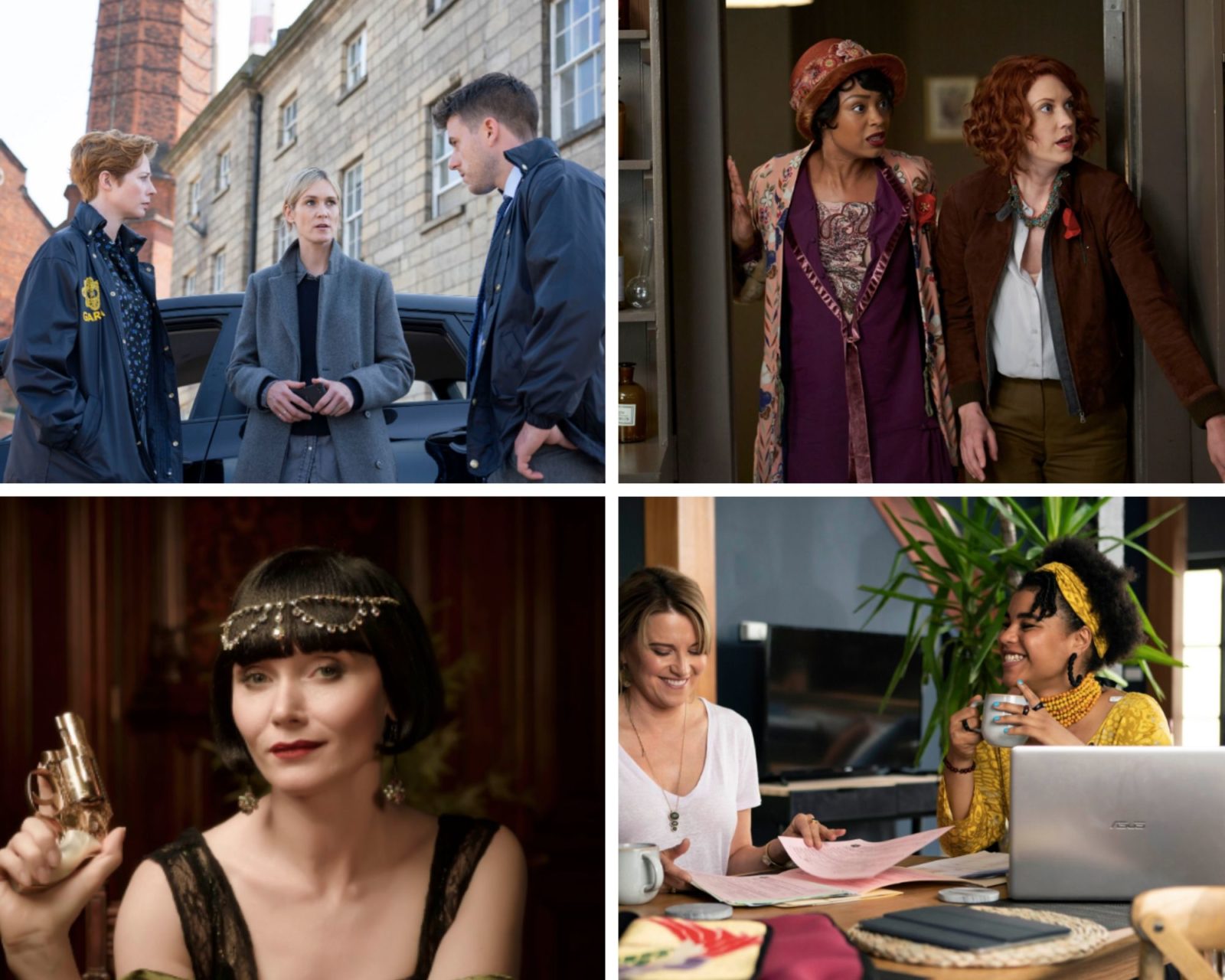 Take a walk on the wild side, get out of your comfort zone, and dip into streaming series from around the world.

These seven shows are shorter on episodes but not on entertainment. Some if not all just might surprise blerds.

My Life Is Murder

Okay, so you were once a badass policewoman but in middle age all you really want to do in relax on the couch Olivia Pope-style and enjoy a good glass of wine. Not gonna happen if your old boss keeps pulling you back into old unsolved murder cases and wanting you to give guidance to the new recruit. This Aussie series has some lightness in the midst of finding killers. Former cop Alexa Crowe (Lucy Lawless) steps back into her high heels (sometimes comically fussing about how things are changing) to solve cold cases involving a culinary school, a public relations agency, the podcasting world, and even on a bicycle path among other modern milieu. She is helped by her hip and trendy assistant, Kieran (Ebony Vagulans).

Long-time fantasy fans may know of star Lucy Lawless (Comic-Con anyone?) from watching episodes of the classic series, Xena: Warrior Princess or from her appearances on US TV in Parks and Recs.

The murder cases these UK detectives solve are cold-blooded in more ways than one. Most are the results of some twisted game of passion; however, keep watching and you’ll see not only the inner lives of the murderers but also the personal-life problems of the detectives. For example, the chief keeps solving crimes but can’t find his missing wife. Another detective is naive enough to believe the person romantically pursuing them has left their psychosis behind. The POC cast includes British actors Bailey Patrick and Tori Allen-Martin.

This long-running British series has taken a page out of the Law and Order playbook. Different seasons include new cast members, but stream the first season for the absolute tense and tight performance of Lennie James (The Walking Dead and Fear the Walking Dead) as the uber-successful police chief Tony Gates. Gates is that promotion-getting, merit-winning cop that everyone either loves or envies. His superiors respect him. His team is loyal. His cases are always solved. He’s the man, until now.

Based on true events, this Ireland-produced series takes a deep look at how immigration affects those forced to flee their countries and wait for asylum. Senegalese-French actress Aissa Maiga plays Abeni Bankole, a Nigerian woman widowed while at sea en route to Irish shores. Along with her two young sons, she finds shelter if not solace in a provisioning center for refugees. “I think people are going to fall in love with this character because she is someone you have empathy for,” says Maiga.

Despite the stagnant nature of waiting in a foreign country, life is going along until there is a murder on the premises. Racism and sexism rear their ugly heads pretty quickly, and the results are volatile. Without giving too much away, a female detective (Lynn Rafferty, BBC’s Ripper Street) is brought in to help solve the case and quickly receives a lot of bullying from her male colleagues. Abeni’s growing sons are soon exposed to how those with prejudice see them, and a simmering depression boils over in Samir (Slimane Dazi), an older refugee saddened by the injustices of the world.

Ready to go back a bit to when women supposedly bathed in bathtub gin (well, maybe), bobbed (or cut) their hair short and danced the Charleston? This Canadian series is about an all-female detective agency in the 1920s. Yep, probably about a nanosecond after women got the right to vote in Canada.

As actress Chantel Riley told BGN last spring, “Our story is not historically correct. We have some fantasy as well. But of course we have the aspects of history. Some race does come in there as well.”

And that’s what makes it fun. Two women, one Black, one white (Lauren Lee Smith), thumbing their noses at whatever society may think and solving cases during a very fast-changing (sort of like now) time in history.

Don’t hate her because she’s smart, rich, and tough as nails. This Australian import is also set in the sassy ’20s but the difference is that the woman is a bit older and has a past that doesn’t involve sleuthing.

Socialite Phryne Fisher’s wealth isn’t immediately explained but before you can even try to figure that out, you’re trying to figure out the first episode of the first season titled “Cocaine Blues.”

Based on books by author Kerry Greenwood, Miss Fisher’s explores races, cultures, religions, and many of society’s problems then and now without getting too preachy or proclaiming that this fictional character has the answer.

Another Canadian import, this time set in the late 1900s and early twenty-first century, involves an attractive but nerdy police detective solving cases without a gun in sight. Instead, he relies on the laws of deduction and his enthusiastic interest in inventing gadgets to help him solve crimes. The wink-wink is that some of those “gadgets” are just raggedy precursors to our current technology.

For example, in one episode he silences a gun by fitting a pistol with a tube crammed with metal filings. In another, he creates a “trackizer” which relied on electrical currents, wire coils and clever triangulation to follow a moving target. Can anyone say GPS?

Despite the time period, Murdock has a little something for almost everyone. The detective has a love interest. The love interest has an equally engaging career. The supporting cast of characters at the police station (or constabulary) is fully fleshed out. Although show producers do not sugar coat the prejudices of the times, the harshness of racism is not on public display like it was/is in America.

Black characters are more likely to be involved townsfolk. They are sometimes witnesses, sometimes shrewd suspects, but rarely directly shunned in public or denied basic rights (“The Curse of Beaton Manor” in Season 3 does provide a different take on the stereotypical servant role).

Actresses Mouna Traore (Book of Negroes) and Shanice Banton (Degrassi: The Next Generation) joined the show in Season 9. Also, look for Mark Senior (Timeless) as a new detective joining the constabulary in Season 13.

My Life Is Murder and Taken Down stream on Acorn TV.

London Kills streams on Acorn TV and on YouTube with a subscription.

In the Line of Duty streams on Hulu, YouTube, Acorn TV, or rented per episode on Amazon Prime, iTunes, or Google Play.

Frankie Drake Murder Mysteries streams on Ovation TV, Acorn TV, PBS Passport, and if you’re lucky, a free episode or two can be found on YouTube.

Murdoch Murder Mysteries streams on Hulu and Acorn TV in the U.S.