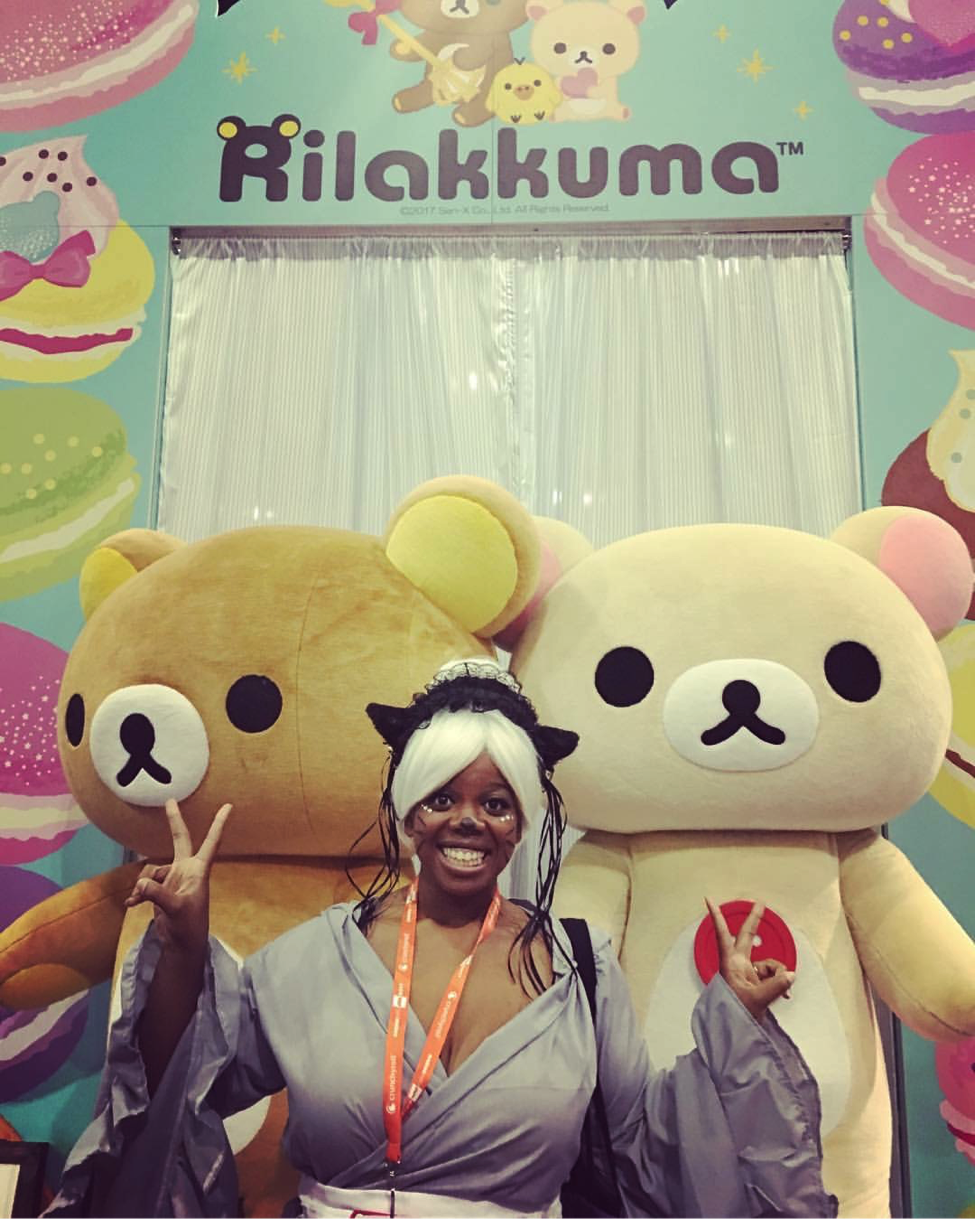 Well, where are they? Can you tell me? Because there are quite a few articles and videos featuring black cosplayers, but more often than not, these articles and other pieces of media coverage focus solely on the racial aspect of being a black cosplayer. While many talented black cosplayers exist, we are rarely featured on “Best Cosplay” lists, but rather relegated to such articles as “These black cosplayers are breaking barriers by being black!” and “This black cosplayer got called a n*gger, isn’t that sad?!” I’m sure you’re familiar with a few of them.

In the midst of all these “shocking” articles about how black cosplayers experience racism and are, ya know, black, I’ve noticed that we’re rarely lauded solely for our skill, though many of us have it abundance. Instead, we’re typically used as fodder for controversy or feel good underdog stories. I’m tired of it. We’re not merely underdogs. Many of us are serious contenders who are as praise-worthy as any other talented nonblack cosplayers. Honestly, there are too many skilled black cosplayers putting themselves and their work out there for us to only receive widespread recognition when we’re the targets of racial harassment.

I want to see talented black cosplayers praised for their technical skill.

You know, all the things we see every other cosplayer given thumbs up and features for. I just want to see us treated like legitimate cosplayers and real members of the community as opposed to novelty pieces that people pull out when they want to look progressive for the sake of extra clicks and views. If the publications and people who claim to dislike the racism and other unpleasantness black cosplayers face would actually recognize us as fully fledged members of geekdom who create stunning cosplays, perhaps their concern would feel more sincere.

Furthermore, real visibility and representation outside of being displayed as a victim or a rarity would actually work to decrease the stigma black cosplayers face. The more we recognize and normalize black cosplayers for their talent (and every other thing we tend to consider noteworthy about other cosplayers), the less we’ll be seen as outliers only to be used for the sake of having a, “Bullying is bad and can you believe racism exists among geeks?!” thinkpiece when web traffic is slow.

Additionally, it would encourage more inclusivity and get other people cosplaying! I regularly see messages and comments from other black people (and darker skinned POC) who tell me that they’ve always wanted to cosplay but are too afraid to try it because they’re afraid of negative backlash. I really can’t blame them when they only ever see cosplayers who look like them going viral when it’s due to harassment or patronizing tokenism. I want us to be portrayed like the artistic fans we are, not pitiful knick-knacks.

It doesn’t feel good to see interviews, “Top 10” lists, and other lighthearted, entertaining articles and videos featuring primarily white cosplayers who are praised for their skill, while black cosplayers get one or two articles every February, with the occasional “This Black Cosplayer Is Black and Cosplays!” articles sprinkled throughout the rest of the year. That’s not real inclusion. That’s pandering and tokenism, and that’s not the representation we want or deserve.

This brings us back to the titular question: Where are all the good black cosplayers? The answer is simple: everywhere, but you only ever see us when someone drops an n-bomb or wants to pretend like we’re magical unicorns who only appear once every 10,000 years. There’s no reason why a talented cosplayer’s abilities should be overlooked simply because of their skin tone, and there’s no reason why they should only be given the spotlight when ignorant people choose to react negatively to their skin tone.

I absolutely believe we should continue to call out racism and bigotry in the cosplay community (duh), but I also want to see black cosplayers seen for more than just their color and their struggles. We get a lot of shit, sure, but that doesn’t outweigh our talent.
DeLa Doll
Insta????. Patreon????. Facebook????.

If you liked this article, consider supporting my writing and cosplay work on Patreon! For just $1, you instantly get access to exclusive content!