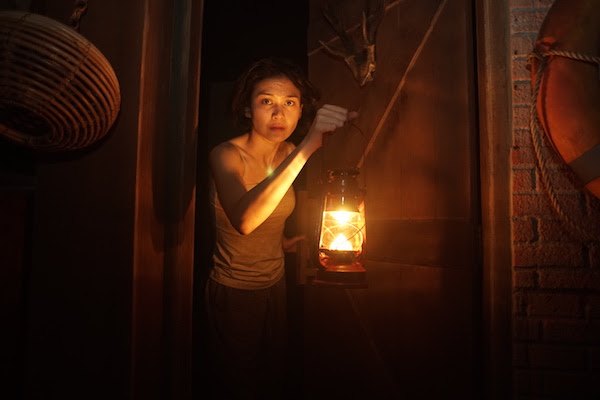 It’s cold outside, you’re trapped inside, and you want to turn off the lights and watch some good horror.  HBO has solved the answer to your problem with the new Asian episodic horror series Folklore.

Folklore is a six-episode, hour-long series that takes place in six Asian countries: Indonesia, Japan, Korea, Malaysia, Singapore, and Thailand. Based on a country’s deeply-rooted myths and folklore, featuring supernatural beings and occult beliefs, each episode is helmed by a director from that country and filmed locally in its primary language.

The series seeks to modernize Asian horror, showcasing different brands of horror and exploring societal dysfunctions in a manner that is specific to each of the countries, but possessing themes that resonate around the world.

Episode #1: “Folklore: A Mother’s Love”
Directed by: Joko Anwar (Indonesia)
A single mother and her young son discover a group of dirty, underfed children living in the attic of a mansion. In saving them and returning them to their families, she has unknowingly snatched these children from their adoptive mother – Wewe Gombel – and must now beware her vengeful wrath.

Episode #2: “Folklore: Tatami”
Directed by: Takumi Saitoh (Japan)
A crime writer returns home to attend his father’s funeral and begins to experience constant flashbacks of his childhood. He then discovers a secret door in the house, which leads to a room that hides a horrifying secret from his family’s past.

Episode #3: “Folklore: Nobody”
Directed by: Eric Khoo (Singapore)
A Pontianak is awaked when a foreman and a construction worker attempt to bury the body of a dead girl instead of burning her, followed by a series of unfortunate events at the construction site.

Episode #4: “Folklore: Pob”
Directed by: Pen-Ek Ratanaruang (Thailand)
A journalist meets with Pob, a Thai ghost, who confesses to a murder. Finally finding an outlet for complaint, Pob explains how the murder happened and requests that his story be published. However, the journalist declines and the two make a deal of a lifetime.

Episode #5: “Folklore: Toyol”
Directed by: Ho Yuhang (Malaysia)
A Member of Parliament (MP) from a fishing town turns to a mysterious woman who possesses shamanistic powers in order to improve his town’s dire economic situation. She fixes all his problems and the two soon become lovers. However, the woman has a dark secret that threatens to destroy his life.

Episode #6: “Folklore: Mongdal”
Directed by: Lee Sang Woo (Korea)
A mother tries to appease the moods and demands of her borderline psychopathic son. When a new girl comes to town, the son falls quickly and deeply for the new girl and is determined to win her, over possibly even against her will. When things take a tragic turn, his mother will stop at nothing to make her son happy, even if it means finding a bride to join him in the afterlife.

The series is available now on HBO NOW®, HBO GO®, and HBO On Demand