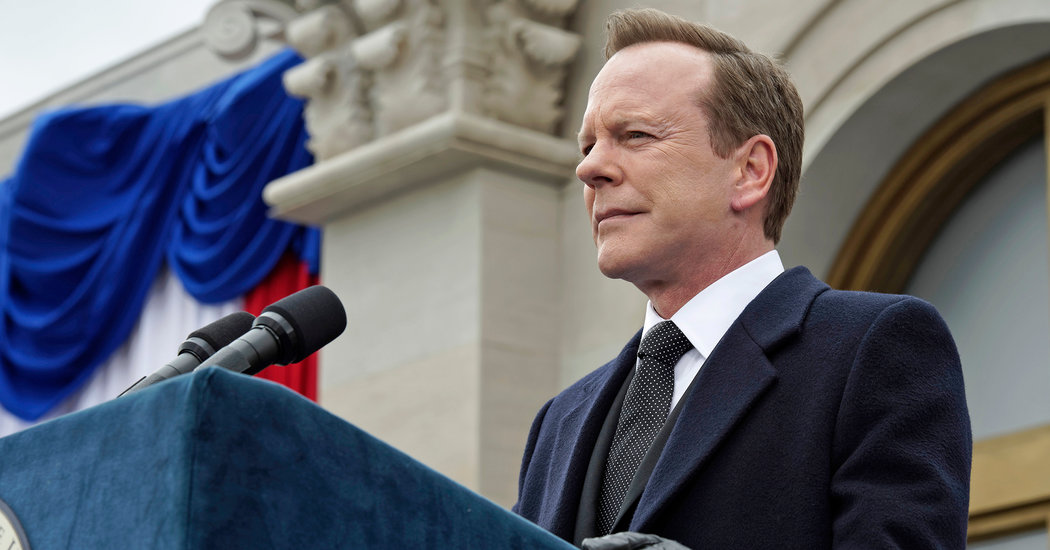 Let’s catch up on Designated Survivor before tonight’s mid-season return.

“Traitor in the White House”

This week’s episode of Designated Survivor wasn’t bad, but definitely what I’d call a “building” episode. The show started off slow in my opinion then gradually picked up, of course leaving us with a little shock at the end.

The episode beginswith an NSA worker who is discovered to be named Gabriel. While at work he steals Terabytes of data from the NSA systems. He then copies that data onto a drive and hides it in a quarter! Yes, a quarter, I geeked out as he opened the quarter and put the drive in it, it was a genius idea. He then clocks out from work like it’s no big deal. In the now whistleblower standard steps, first Gabriel released the information on WikiLeaks *yawn*. Once the leaks got attention, he followed it with step 2 by seeking amnesty in the embassy of another country, his choice? Venezuela.

Following Jason’s “confession” last week the director of the FBI has come down to investigate and to warn Hannah that if her and Jason’s stories don’t add up she will get into trouble along with him. Hannah decides she’s going to have to recruit someone she can trust if she will find a way to expose the cover up and save Jason. She decides to ask Jack for help. I’m glad she finally did, I don’t know if he is into her or what but he seems like he will ride or die with her. Jack even said it himself, he agreed to help and he understands the risks. I just hope that he doesn’t end up dead, he seems like a nice guy.

Kimble, who I am getting tired of with each episode continues to meddle into everyone’s business because she wants to do “what’s right for the country.” I think she may have gone a little too far because MacLeish seems to be over her and gave the same suspicious look that he gave Jason. We know how that could end for Kimble, seeing that Jason’s had his son kidnapped, his family threatened, and gotten forced into a confession.

Meanwhile, in the show’s attempts to give the NSA leak and side characters some story, we have senator Hazleton, who is mad about a memo written by Rhodes. *eye roll* This part was story filler, but as expected Kirkman wouldn’t fire her and found and maneuvered Hazelton into dropping his request. Aaron showed promise when he realized that all Gabriel was trying to do was to get the president’s attention.

Meanwhile, Hanna discovers that 10:14 PM isn’t a time, but the date of an incident where MacLeish painted himself as a hero but he was actually the complete opposite. MacLeish and Callahan know each other, they worked on the same mission. I was shocked by that twist; MacLeish is literally bros with a man so bad the CIA has just about given up on trying to pursue him. Hannah has Kimble hold MacLeish’s confirmation hearing, which then prompts Peter to go see Kirkman. Peter spins a tale and says Hannah is obsessed with him, a lame story that Kirkman politely goes along with, but obviously doesn’t fully believe. It’s now evident that Hannah is in danger. Hannah is rushing back to the White House, she bobs and weaves through traffic, minutes away and then boom! A car runs into hers and she is knocked out. I believe it has to be MacLeish and the powers that be who sensed this

Gabriel gets his sit-down with the president and he is one of the calmest people to have leaked confidential information yet. It is revealed that his stepdaughter was an intern died who died in the bombing. I assumed that was his motivation but when he said he needed to know who he can trust I got worried. Gabriel may be the smartest on in this situation, he looked at all the data to see who was trustworthy and determined Kirkman is a good person. He then cryptically tells him of the hard drive, how it’s to help him and to be careful who he shows the files to. Kirkman asks Mike to get someone they can trust to look at it right away, surprisingly Mike the secret serviceman assigned to his personal detail also happens to be a techie. The geek in me applauded.

The ending confirmed what we all knew, which is that there is a conspiracy against the president. What we didn’t know is that someone who works in the White House handed over the blueprint for bombing the capital. There is officially a traitor in the White House. Who could it be? Although the episode started off quietly the ending justified it all.

I hope that next week we get to see if Hannah is alive and who is after her, along with the fate of Jason.

The mid-season finale arrived with an OMG ending. All I wanted to know is if Hannah died and luckily my question was answered at the opening of the episode. So Hannah is alive — yay!! She is approached by a seemingly Good Samaritan who comes to help via strangulation and classified file stealing. Hannah is able to escape him and get him off her trail but leaves us wondering what’s next as she clutches her blood soaked abdomen.

Kirkman is still watching the capital blow up scenario over and over which puzzled me because how can that help things? Then it got more puzzling once he recruited his wife to watch. I also want to state that she has seen a lot without the clearance everyone likes to speak of.

Aaron and Rhodes bond and finally kiss, which is cute, but I still don’t trust Aaron, what happened to all his scheming at the beginning? How is he now suddenly team Kirkman?

In what’s now the norm for Kirkman, the drama is messy. Remember the General that thought he was the president? The one that Kirkman fired? Well, it turns out the bomb blueprint was sent to the general. Things get messier once the general states he had access only for about a second before the email was removed from his inbox by the secretary of defense.  At that moment I realized the general was only a small part of a real problem.

Kirkman gives traitor investigation duty to Rhodes and her soon to be bae is on the list. Rhodes awkwardly cancels a date with Aaron, which isn’t the best idea since she has to investigate him. Rhodes acts even more out of place once she discovers he placed a mysterious phone call. Rhodes is the worst at being low-key, a nosy Aaron discovers Rhodes blew him off and I’m sure he is going to want to know why.

Kirkman talks to Kimble and discovers there may be a tie between Peter and the bombing. I like how they have a frienemy relationship but still know when to communicate.

Lisa plays Seth yet again and asks a question about the Nazar investigation that opens the White House to scrutiny. I’m tired of her and even though Kirkman approves of her… Can we please remove her press pass? Only Seth will miss her once she’s gone.

Chuck patches Hannah up via YouTube, then tracks down the caller and its chief of staff who is presumed dead. He warns Hannah it’s bigger than she knows and tells her to run. Hannah, the seemingly only FBI agent truly investigating, discovers president is up next and races to the capital. Nazar disguised as Secret Service gets into position to take a head shot at Kirkman but Hannah shoots at Nazar. He gets thrown off as he shoots, but it’s clear someone caught a bullet. But who?