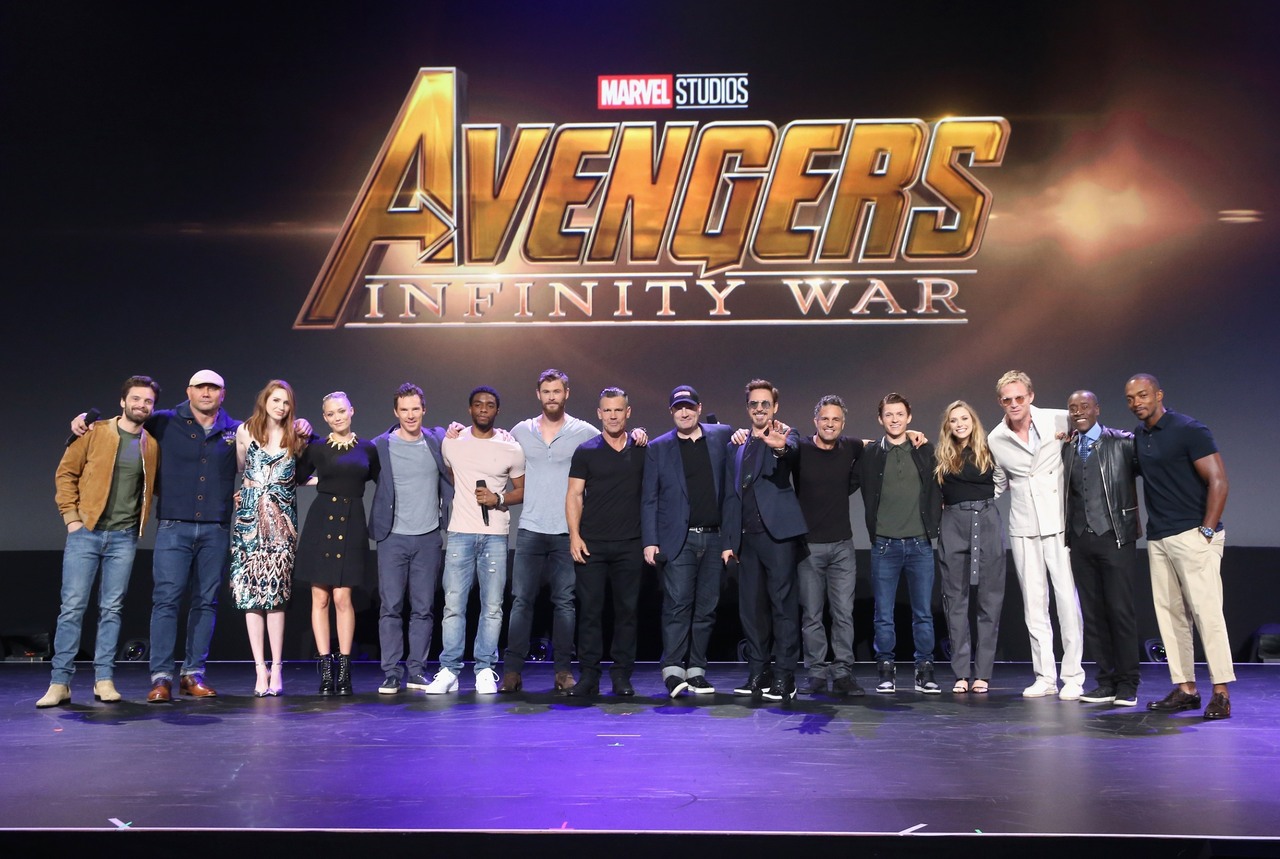 The live action panel preview panel at the D23 Expo was everything. The biennial Disney fan club event held at the Anaheim Convention center showed first look images from Mary Poppins Returns, The Lion King, and Ava Duvernay’s A Wrinkle in Time among others.

There were cheers at this pop culture event: Will Smith will play the Genie in Aladdin.

Giggles: Ava Duvernay fangirling out just as much as we were about being at D23.

Behind the scenes moments: Rian Johnson played on set interviews with the cast of The Last Jedi including takes from John Boyega, Daisy Ridley, Gwendolyn Christie, and new Disney Legend honoree Mark Hamill, who was also in attendance.

Side Eyes: Jasmine’s and Aladdin’s casting in the Guy Richie live action adaptation left much to be desired.

Welps: Tim Burton’s Dumbo cast managed to be even more disappointing than the Aladdin casting.

And unanswered questions: Black Panther, Ant Man and Wasp, and Han Solo, and Mulan were all noticeably absent. It’s safe to assume Ant Man & The Wasp and Black Panther will be featured heavily at SDCC next week, but the Han Solo and Mulan omissions at D23, just raised more concerns about the projects.

The highlight of the show, however, was Kevin Feige on stage with SEVERAL cast members from Avengers: Infinity War. This is the biggest Marvel movie that has ever been attempted both from a budget and cast perspective. Paul Bethany (Vision), Elizabeth Olsen (Scarlett Witch), Pom (Mantis), Karen Gillan (Nebula), Dave Bautista (Drax), Josh Brolin (Thanos), Don Cheadle (War Machine), Sebastian Stan (The Winter Soldier), Anthony Mackie (Falcon), Benedict Cumberbatch (Dr. Strange), Tom Holland (Spiderman), Chadwick Boseman (Black Panther), Mark Ruffalo (The Hulk) Chris Hemsworth (Thor) and Robert Downey Jr. (Iron Man) all took the stage. This is just a little over half the stars that will be featured in the film and lemme just say ‘Have mercy, there are a lotta flipping Avengers.’ The film is stacked, and the teaser trailer that we saw showed a lot and resoundingly brought the crowd to its feet. Feige has already said that the teaser trailer we saw at the D23 panel will not be shown to the public until November of this year. Black Girl Nerds, however, did have a coveted seat at the panel, and so have no fear we will break down the highlights for you.

Here are our top 5 OMG moments from the Avengers: Infinity War teaser trailer.

1) Thor Survives Ragnarok – What ever happens in Thor: Ragnork we know the Asgardian makes it out alive. The first shot of the trailer is him being flung against Star-Lord’s ship the Milano. Mantis (Pom Klementieff) brings Thor back to life, and it seems that is how he and the Guardians join the action.

2) Black Panther/Dora Milaje: We also get a look at King T’Challa in the trailer. He looks like he’s still on earth, flanked by the Dora Milaje. I don’t know if Black Panther will make into space, but we can confirm his female bodyguard unit is along with him. It was not clear, but I could just make out Florence Kasumba and possibly Danai Guiria.

3) Spidey Sense Confirmed – In his only shot as just regular old Peter Parker, Tom Holland is seen on his school bus, when the hair on his arms stands up. Spider-Man’s Spidey Sense power was not utilized in Spider-Man: Homecoming but I would guess a potential earth-shattering moment in Infinity War kicks his power into gear.

4) Captain America, New Looks – There is no other way to say it – Captain America looks bad. Sporting a beard and a 1000 yard stare, whatever happens to Cap in Infinity War has him looking beat up. This just further confirms the darker tone of the film, and perhaps confirms the death of an original Avenger. It has been long assumed that not all the OG Avengers will make out of A:IW alive. After this first look teaser, my money is on Captain America dying. Spider-Man is also sporting a shiny new suit, and even the Black Panther costume looks updated from what we saw in the Black Panther teaser trailer earlier this month.

5) Thanos is about to wreck sh*t – Up to this point the MCU is has been simple. No matter the foe or what they do, you can assume the heroes are gonna save the day. With new villain Thanos it seems that is no longer true. The trailer looks dark, and the cast looks visibly shaken and defeated. “Death follows him like a shadow,” and “You can run from it, but your destiny still arrives.” are both ominously uttered by Thanos as he literally pulls a planet behind him with his hand. Thanos’ hand looks to be sporting the Infinity Gauntlet, and with this display of power, we can assume Thanos is gonna get his ‘hand’ on at least a few gems.

The trailer is a pitch perfect tease of what is to come, and I can’t wait to see more.