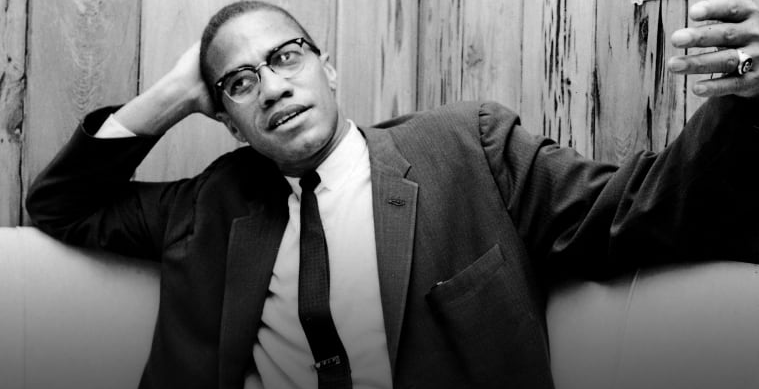 They say the definition of insanity is doing the same thing over and over again and expecting different results — but it feels like, when it comes to race, our country has been stuck in the same cycle. On September 10th, Audible released the acclaimed narrative The Autobiography of Malcolm X: As Told to Alex Haley. The illustrious autobiography written by both Alex Haley and Malcolm X himself is narrated in audiobook form by actor Laurence Fishburne. This is the first time ever that this work will be available in unabridged audio since its original publication in 1965, available only from Audible. Its release underscores the fact that, from Malcolm’s time to know, we’ve been stuck in the same cycle.

Malcolm X was a man that did care about people but he was specific and focused in his concern: he cared, first and foremost, about Black people. He was a Black nationalist. The racial divide was something that he, in fact, advocated for. But, unlike White nationalists, the intention of Malcolm X’s division wasn’t to oppress. It was to empower, to give voice to the voiceless and agency to those who had been robbed of self-determination.  Malcolm X evolved though; after his trip to Mecca, which completely changed his worldview, his thinking changed and he practiced solidarity with other people.  This, too, is a lost art.  The act of growth, change, and learning over time. In our politics today, our leaders elect to double-down rather than to course-correct, or even worse, they simply refuse to compromise, while holding the middle-class hostage.

They also say those who do not learn history are doomed to repeat it. “Make America Great Again” is the campaign slogan Donald J. Trump ran on that earned him the highest office in the land — President of the United States of America. This slogan — and even Trump’s recent debate performance — serve as dog whistles to white nationalists and supremacists, the ugly kind of nationalism which hearkens back to a time when people of color and LGBTQ groups were marginalized and treated like third-class citizens.

As we get closer to another presidential election, one of the most important elections of our lifetime, this writer wonders what would Malcolm X have to say about the current political discourse if he were alive today?

First, he would prioritize Black people, Black issues, Black causes. But — as with his journey to Mecca — he would be open to new revelations, to change, to the possibility of hope. Third, he would say get out and vote – but leverage the vote to gain power, don’t just give it away. Malcolm X was passionate and fervent, but he was also strategic.

The Black vote is incredibly important in this election and now more than ever, we do need more African-Americans either show up at the ballot box or mailing out their ballots. But we need to show up with power. It is completely understandable why there may be some African-Americans who don’t feel compelled or as excited to vote this election or even support a Democratic party that hasn’t always been there for them. Malcolm X would likely say — don’t just give the vote away, wield it to demand change.

Unfortunately, Malcolm X was assassinated before we could see the full manifestation of his own power. But the core of what he wanted for the Black community was to build and not be a victim of the very system that oppressed his people.

Malcolm X loathed the American system and dealt with the trauma of seeing his father murdered by white supremacists when he was just six-years-old.

This writer wants Trump out as much as everyone else who plans to vote Democrat in November. This writer also plans to vote for Joe Biden in November, because it’s a vote against fascism. However, America needs more than platitudes and flowery language to motivate the American people. Black people are tired of getting killed and tired of fighting a system that isn’t working for them. This election has to be more than just being anti-Trump, it has to be how can we empower the Black vote and that’s what Malcolm X would be fighting for.

We will never know where on the political spectrum Malcolm would fall whether he would be deemed a left of center or a radical progressive, but one thing is for certain, he wanted Black people to have wealth and empower their communities.  He believed in Black capitalism and fought against the racist capitalistic structure that we are still fighting against today. While Martin Luther King Jr. used the Civil Rights movement and non-violent Christian pacifism to help reform problems with American democracy, Malcolm X used the Nation of Islam to cut the system off at the head.

Malcolm X would empower Black people to vote for their interests and not against them. He would want us to use our voices to fight for issues that will offer sustainability and growth in communities, offer job development and educational resources, and hold law enforcement accountable for their actions by any means necessary.

This is not meant to discourage you from voting for Biden or Democrat.  This is meant for you to see from a different perspective what life would look like through the lens of a 2020 election year with Malcolm X in it. While Biden has done his part picking a Black woman VP which looks great on the surface, radical policy prescriptions that help Black Americans would be better. Free healthcare during a pandemic is just one policy prescription that comes to this writer’s mind. Especially since COVID-19 has severely hurt the Black community more than any other community.  Reaching for something new and expecting a different result — the opposite of insanity. Biden should attempt to energize the Black vote the way Malcolm X would. It’s a long shot I know, but what does he have to lose?  Only an election.