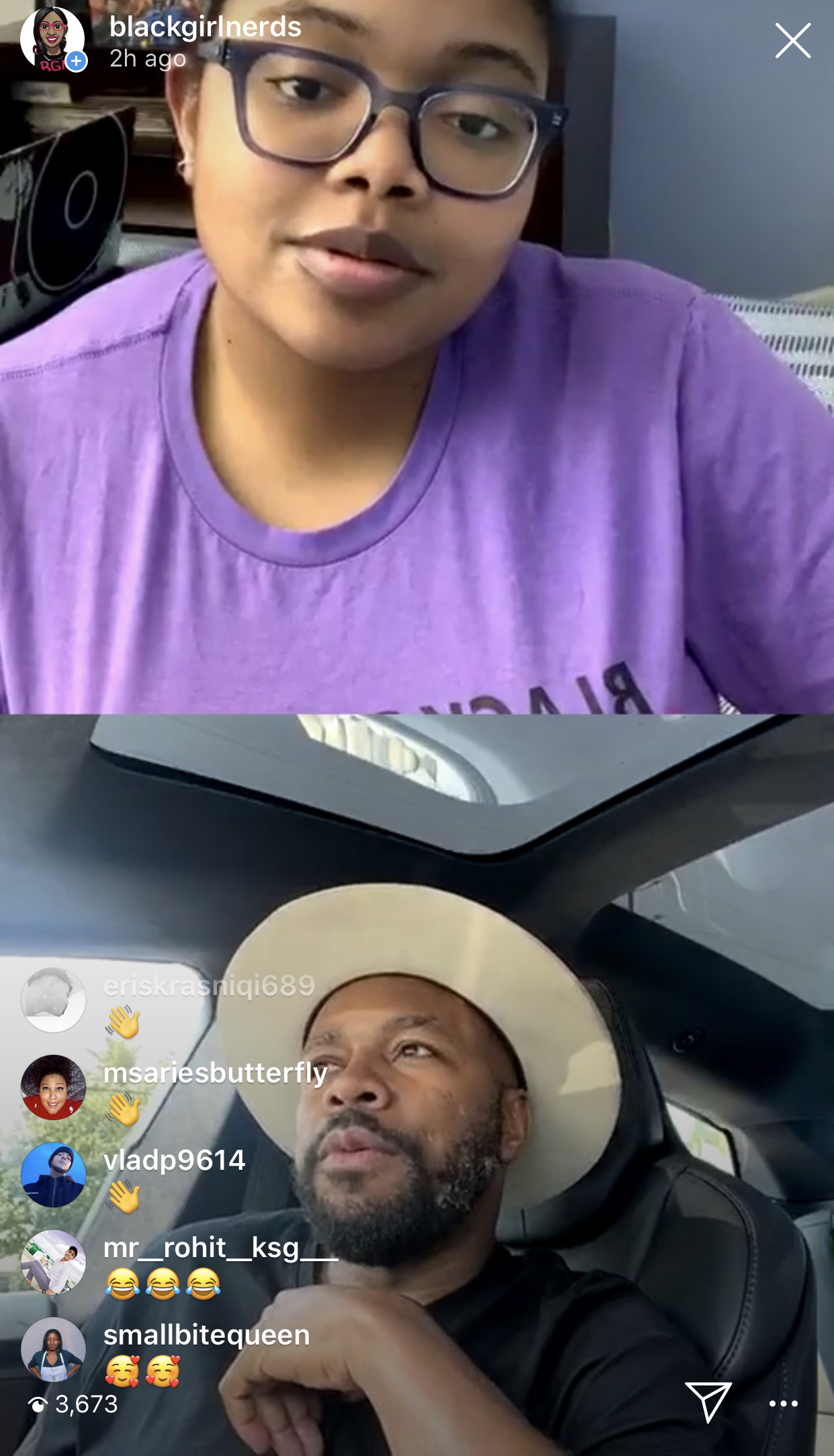 If you missed the opportunity to see D-Nice (the King and creator of Club Quarantine) on the Black Girl Nerds Instagram feed hosted by Ryanne Bennett, you can currently catch the replay.

Why D-Nice speaking to BGN you ask? He is scheduled to participate in one of the biggest events on coming up this weekend called DC Fandome and guess what? You’re invited!

DC FanDome, a first-of-its kind, virtual experience for DC superfans around the world, was a lot to handle in one day! It turned out to be so massive that with so many hours of programming, not even The Flash could get through it in 24 hours!

Follow the BGN IG to catch the interview replay and to be notified of future interviews and follow daily news of what’s happening in entertainment!