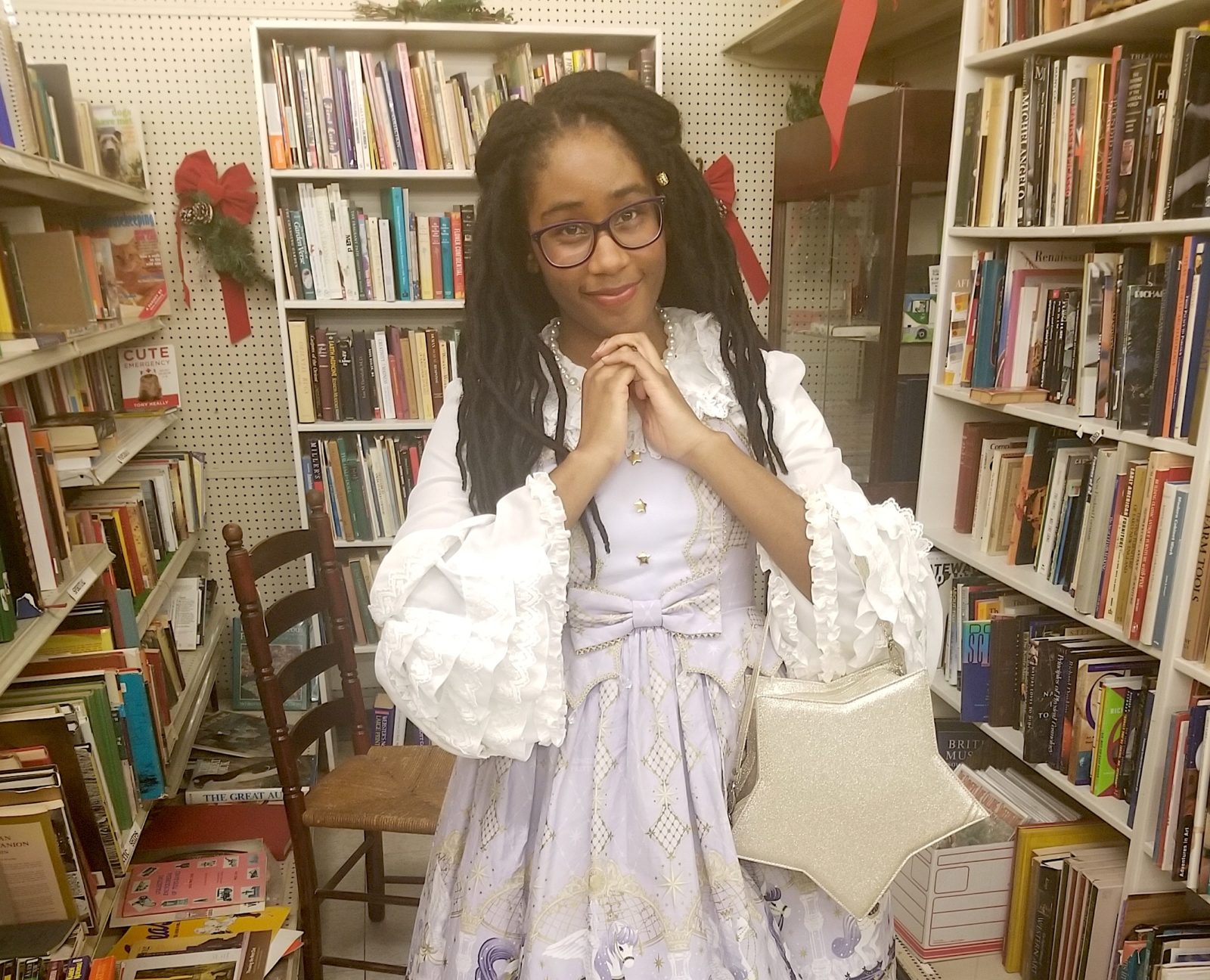 In many popular science fiction and fantasy worlds, characters are more likely to encounter dragons or get sucked into parallel universes than to meet a Black woman. Indie author and YouTuber Jasmine Shea Townsend created an online community to help remedy that problem.

Townsend was drawn to science fiction and fantasy stories from a young age; enchanted by castles, princesses, dystopian societies and new worlds to explore. Following the blueprints of the magical worlds illustrated in Harry Potter, Lord of the Rings and classic Disney flicks, she started writing her own stories in elementary school.

Despite the fact that Townsend is African-American, the majority of the characters she created were white. As a child and teen, the message Townsend received while watching fantasy flicks and reading her favorite books was that girls who looked liked her were not considered desirable enough to be included.

“As I was growing up, I just thought fantasy characters were supposed to be white, so when I wrote my own fantasy stories, the characters were mainly white,” explained Townsend, who remembers creating Elves with pale skin and long blond hair. “When I was in the latter half of my teen years and started including Black female characters, there would only be one of them. As I get older, I became more and more aware of what it means to be a Black woman and I feel like it’s my duty as a writer to include some of that into my work.”

After making the conscious decision to tell stories that not only include but celebrate Black women, Townsend created the online community “Black Girls Belong in Fantasy and Science Fiction” to share photos, artwork, and cosplay of Black women in fiction and literature while cultivating discussions about diversity in media.

“I created [the Facebook page] after seeing a Theresa Fractale photoshoot,” said Townsend. “She was dressed as an elf, posing with wolves, and I was just talking to someone about how I wished there were elves that looked like me. Seeing her in those photos really made me think, ‘There’s got to be more Black girl fantasy art out there somewhere; Black girl elves, mermaids, fairies, princesses. I’m going to find them and share them with as many people as I can.’”

Townsend has been successful in achieving that goal. Currently, her Facebook community has over 800 followers. She also runs a smaller community for Black writers of science fiction and fantasy to help them perfect their craft, allowing creatives to find critique partners for their work and get advice from other writers. She hopes her efforts will lead to Black women finding themselves represented in science fiction and fantasy as both creators and consumers.

She is aware that there is pushback from recent moves to diversify fantasy and science fiction. There is no shortage of angry internet trolls announcing their displeasure whenever a Black person is cast as one of their favorite fantasy characters in a flick. Even Marvel’s VP of Sales, David Gabriel, once blamed poor sales on diversity, stating “People didn’t want any more diversity, they didn’t want female characters out there.”

Townsend thinks the foundation that these prejudices are built upon is false.

“A lot of people say Black people didn’t exist in this or that setting, but we did, in many cases!” she said. “Black people appear in paintings from Medieval and Renaissance Europe.

Shakespeare wrote Othello, the title character of which was a Black man. Queen Victoria herself adopted a Yoruba princess, Sara Forbes Bonetta. I could go on.”

I want to do away with the silly notion that Black girls don’t like fantasy or science fiction. I want to dispel the idea that we can’t be sci-fi tech geniuses or delicate fairy princesses. Not every elf needs to resemble Tolkien’s Nordic ideal. Afrocentric fantasy and science fiction exists, and it can be just as cool and just as beautiful.”

Keshia McEntire is a freelance writer from Indianapolis, IN who shares community news at heartbeatindy.com. Her nerdy interests include collecting more books than she could ever read and continuing to play Skyrim eight years after the game’s release. You can find her on Twitter at @keshiamc12.