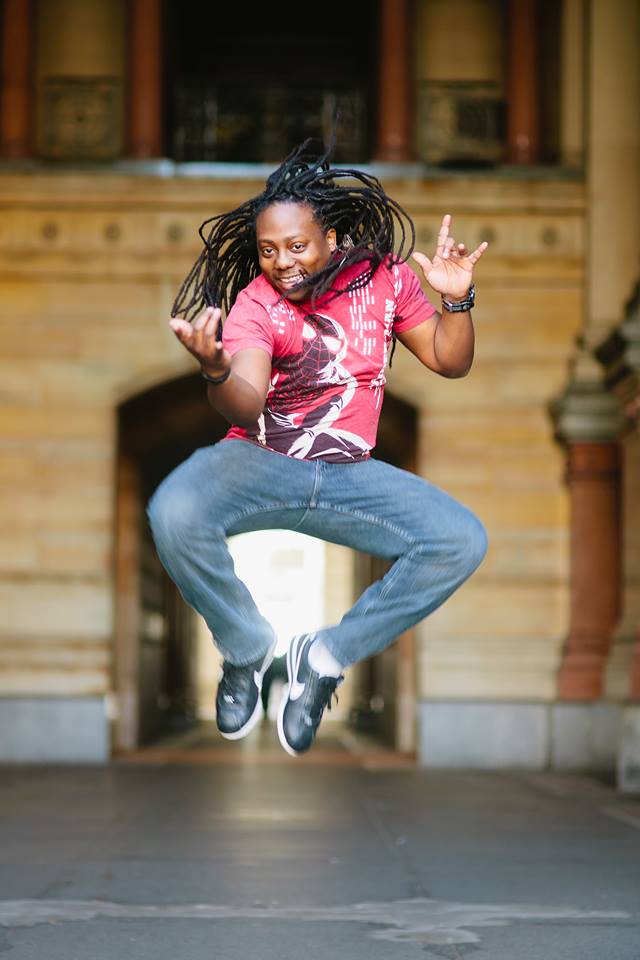 J1-Con, Philadelphia’s premier anime and gaming expo, is packing its bags and moving to a bigger set of digs. In 2018, from September 14-16th it will be at the Showboat Hotel, in a town known for its spectacle, Atlantic City, New Jersey. At a press conference in late January, J1-Con President and Founder Jason Richardson outlined what this auspicious move would mean for the 6-year-old institution:

Jason also assured attendees that the winners of 2017’s cosplay contest will star in the annual commercial that airs on Cartoon Network. He teased that it will be a Saving Private Ryan-themed extravaganza on the beach and encouraged cosplayers to come out and be extras during the shoot. So, who is this dude who sees it as his duty to bring big con perks to nerds while charging small con prices? BGN caught up with him and asked him some burning questions.

“I’m a fan making a convention for fellow fans.”

Crystal Sparrow: Describe the moment you first had the idea for J1-Con /J1 Studios and how it has evolved until now.

Jason Richardson: I started J1 Studios in 2006 with the idea of making web manga (comic books), but I knew at that time no one knew or cared to know who I was, so I made the website into a news site that ALSO had original content (books, music, and games). That proved to be a smart move. It lead to the popularity of our content to the point where we have over 200 pieces of fan art from over 30 different countries of J1 Studios characters! Even fanart from major studios like WB Animation! With that popularity, I branched out to host events in order to spread the name which led to the creation of J1-Con. Before J1-Con, I was hosting monthly anime themed events within a small recreational center and small video game tournaments for local folk. Eventually, after realizing that combining them would bring even more people out, I eventually made J1-Con in 2012 with 200 people and now we are expecting 3,000+!

Crystal: Name your 3 favorite animes, and in one sentence each describe why they’re superior to what else is out there.

Jason: Ninja Scroll, Fatal Fury: the motion picture, and Macross Plus. All three movies are BEAUTIFULLY hand drawn and appeal to those who are not in any way interested in anime. The anime nowadays feels very exclusive. These movies (along with Studio Ghibli films) can be used as an intro to the verity and awesomeness of the anime scene.

ALSO READ
8 Things You Didn’t Know About Afro Ecuadorians
Crystal: Tell readers why they should check out J1-Con.

Jason: It’s a convention that caters more to the fans of all walks of life (as well as incomes) because we try to provide the big con feel while only charging small con prices. Even though it’s primarily an anime convention, we feature gaming, American comic books, American animation, as well as accepting all cosplay (not just anime themed cosplay). I’m a fan making a convention for fellow fans. We are providing voice actors, gaming, wrestling, cosplay, vendors, a beach, a Black nerd podcasting summit, VR racing machines, inexpensive hotel rooms, dance parties, gaming presentations, a music festival, and more for only $50 for a 3-Day Pass! You can’t beat that!

Crystal: Where do you see J1 Studios/Con going in the future?

Jason: Well I want to expand the company and create a West Coast branch that will also have its own convention.

Crystal: What is the best cosplay you’ve ever seen at your event? What’s your favorite cosplay of yourself?

Jason: So far Eric “The Smoke” Moran’s Thanos that we featured in our 2017 J1 Con cosplay commercial that aired on Cartoon Network.

Crystal: How does it feel moving this Philly institution to Jersey?

Jason: Exciting and terrifying at the same time. Hahahaha!

Crystal: What fictional (not limited to anime) universe would you like to live in?

Jason: Wow I have no idea. I think I just can’t make up my mind because I would want to live in so many worlds. Let’s just go with the fun Scott Pilgrim universe.

Crystal: What keeps you motivated?

Jason: Knowing that I came from nothing and was able to create comics and worlds as well as events that people really enjoy. Seeing so many fellow nerds enjoying themselves does it for me. Also seeing people post how much fun they had and watching the smaller children not wanting to go home because it’s a nerd paradise for them.

Find out more about J1-Con here.

Jason’s dedication to creating memorable fandom experiences doesn’t stop with J1-Con. The 2014 Philadelphia Geek of the Year winner is a founding member of the Black Tribbles, a multifaceted broadcasting group based in Philadelphia but known far and wide. Jason’s alias is SpiderTribble. Along with BGN, the group is an affiliate of Universal Fancon, happening on the last weekend of April. The eclectic guest list to this large-scale convention includes Star Wars alum, the American Gods cast,  veteran hip-hop artists, legendary drag queens, prolific voice talent, a diverse comic book creator line up, and so much more.

Industrious and emotionally invested fans are working hard to create authentic, unforgettable fan spaces. It’s possible to live your best geek life in 2018 with UFC in the spring and J1-Con in the fall. BGN wants to tip our hat to Jason Richardson, one of the geeks indie & out here and making it happen!