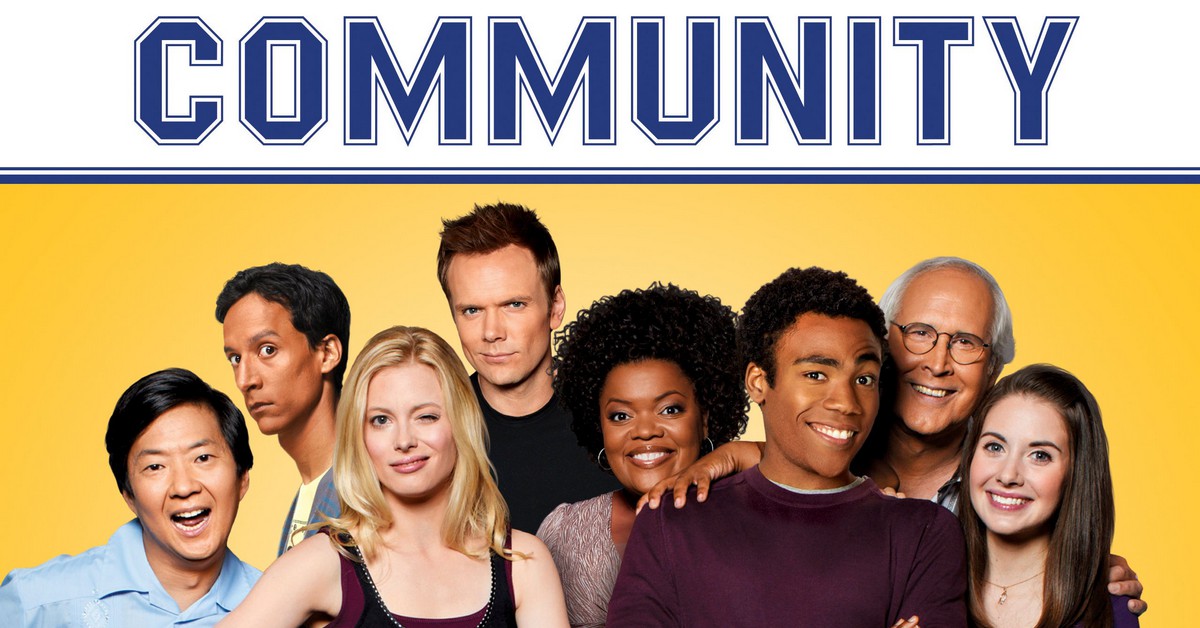 Most of us learn, at least at some point in our lives, that some things just aren’t meant to be, despite how passionately we might pursue them. Most of us try anyway and go through a period of emotional turmoil before we understand that some chapters are meant to remain unfinished. Well, it would seem that Dan Harmon, an absolute genius of a writer and producer who brought us gems like Rick and Morty and Community, skipped those life lessons.

We say that because the American writer and producer recently stated that the Community movie, the prophesied cinematic piece that would crown the six-season run of Community, could definitely happen. However, given that seven years have passed since the final episode was broadcast, we have to wonder if the Community movie should even happen. Or would it be just another revival that disappoints its faithful fandom?

Well, there’s actually plenty of reason to believe that Dan Harmon’s Community movie will only serve to disappoint the fandom. Community was Harmon’s brainchild that ran for six seasons from 2009 to 2015, and each of those seasons was met with universal acclaim. Still, the series was plagued by well-documented backstage drama and numerous production issues, so it’s almost certain that, if the movie were ever to be made, some missteps could take place along the way.

Years have passed since the final episode of Community, and we haven’t received any Community project since. Projects come and go, and both the cast and the crew are now at work elsewhere. Donald Glover, an influential Blerd, has Atlanta, Alison Brie has Glow, and Joe McHale has a multitude of other projects. The aforementioned drama coupled with Harmon’s obsessive nature with self-imposed high standards, the cast’s busyness, and perhaps even conflicting schedules wouldn’t give a Community movie the attention the fandom would want.

Lack of attention implies a lack of quality, and in all honesty, a Community movie would only work if the entire cast could come back. Given everyone’s current schedule, that’s not likely to happen. Still, several cast members have expressed their desire to star in said movie on separate occasions. Unfortunately, the backstage drama wasn’t without consequence, and once contracts expire, assembling the conflicted cast and crew might be a bit difficult.

This is especially true in the case of Love, Gilda‘s Chevy Chase, who had somewhat of a comeback to the industry in Community since he hadn’t been ’t involved in any successful project since the 1980s. He starred in the first four seasons of the show, but after a series of conflicts with Harmon over the direction of Pierce Hawthorne, Chase’s character, he left the show. Community was already known as a revolving door of talent, but Chase’s departure divided the fandom.

Chase’s acting played a big role in the show’s early success as a redemptive element of the narrative, and omitting him from the film would be taking only the scraps but not all the fatty goodness that made Community as inventive as it was. And the show is fantastic — for the era in which it was made. The television landscape had nothing similar back then, which made Community unique. Now, the market is so saturated that the movie would simply have no appeal to newer generations of viewers and quite possibly disappoint the fandom.

Put simply, Community was a product of its era, along with the story elements, which united its characters around inclusiveness and diversity. It’s hard to imagine such a narrative expanding in a current entertainment marketplace where inclusion is a must. It’s even harder to imagine Harmon imbuing it with the same sensibilities, especially considering the themes of his more recent works, most of which are more nihilistically oriented. Just look at Rick and Morty.

Harmon’s involvement might actually be the biggest point of contention. On the one hand, there can’t be Community without Harmon. But on the other, his aforementioned obsessive nature paired with a tendency towards over-exhaustion from work wouldn’t play well with the cast of conflicting interests and timetables, narrative elements that are a time capsule in their own right, and the incredibly high expectations from the fandom. Not to mention that he’s already helming several other projects.

When a cinematic adaptation or a continuation of the television narrative is made, the fans are looking for the characters and stories that they’re used to. Nostalgia is a powerful feeling, and a Community movie would have to capture and deliver everything that made the Community series great while making it relevant to current times and an homage to what came before. This would be a feat in and of itself.

Even if it happens, and Harmon remains adamant that it will, it would be truly difficult to bring the entire cast together and recreate the funny magic of the original show in the modern movie and television landscape. Just like it’s hard to adapt the interactive gaming experience into a passive movie-watching experience, it would be really hard to replicate the feelings and impressions the original series had on its audiences with a film that might be missing half its cast and that has come a decade too late.