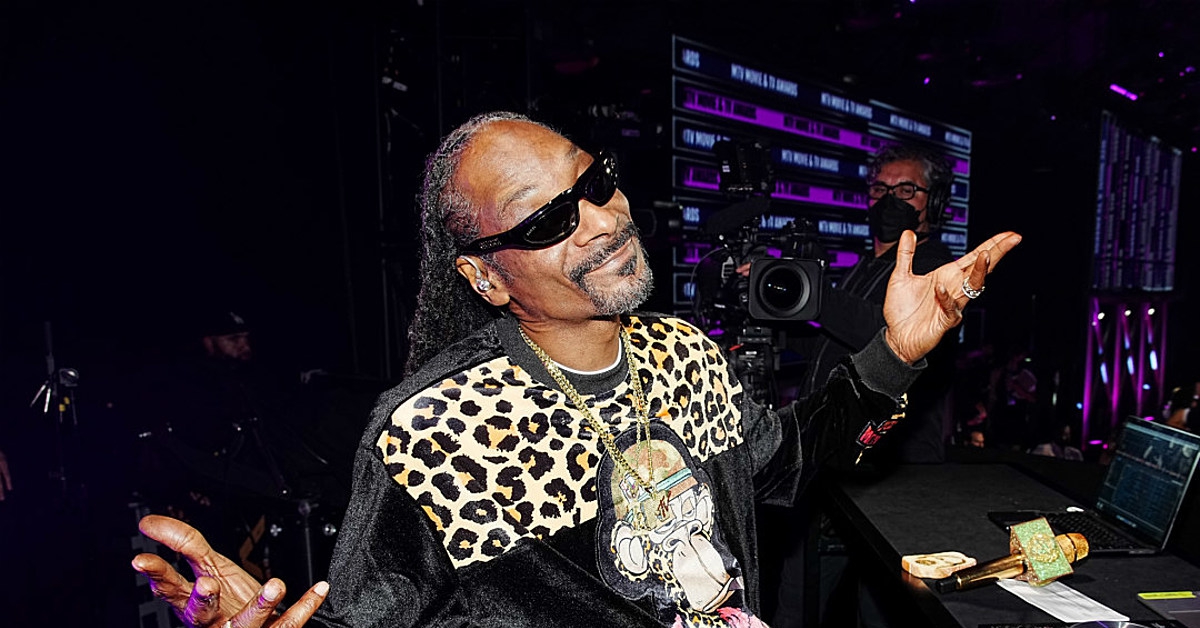 Since NFTs (non-fungible tokens) were introduced in 2012, they have been on a steady incline course to become a major financial vehicle. They’re more efficient than standard transactions while reducing the possibility of fraud. However, since they were introduced, NFTs have also disrupted and brought unprecedented change to many industries, especially the entertainment industry — specifically gaming and music.

Since they can also represent property rights, including intellectual property, musicians and other celebrities have flocked to NFTs recently. So much so that a hip-hop icon, comic book star, and now established NFT entrepreneur Snoop Dogg is turning an entire record label catalog into non-fungible tokens. Here’s the inside of Snoop Dogg’s ambitious plan to turn Death Row Records into NFTs and what that means for the entire music industry.

And despite enjoying massive financial success, Death Row was embroiled in controversies, lawsuits, and violence committed by its artists and associates. Eventually, the company went bankrupt. Now, it was acquired by Snoop Dogg, who not only acquired the label but also catalogs of himself and other Death Row artists. This didn’t originally include Tupac and Dr. Dre’s albums with the label — though some reports suggest that Snoop acquired those as well, while Dre’s lawyers claim otherwise.

Following the acquisition, Snoop Dogg announced that Death Row would become an NFT label, and his nineteenth studio album, Bacc on Death Row, was released through Death Row Records as an NFT project. This isn’t all that surprising considering the current state of the music industry concerning NFTs and other crypto technologies and the fact that Snoop Dogg is a prominent name not only in the music industry but in crypto-tech spheres as well.

In fact, following Mark Zuckerberg’s announcement of the Metaverse, Snoop Dogg stepped up his investments in the metaverse(s). He acquired digital land (actual digital real estate) in virtual community-based monetization platforms, such as the Sandbox. Furthermore, the rapper built an entire Snoopverse, in which he’s now selling “parcels” of virtual land with plans to host future events. He even built a virtual replica of his house, after which someone spent $450,000 to become Snoop’s neighbor.

As far as the revived Death Row Records go, Snoop plans to make it into the first independent record label on the metaverse. But what would be the reason behind that, given that more and more artists are turning to NFTs to escape record labels? Ever since the introduction of the LP format, the music industry has become a mass production giant, and its legal contracts have put the reins on the artists and copyright protection muzzles on the fans. Admittedly, everything worked out that way — for the industry.

The thing about the music industry is that it owns everything, but most importantly, it owns the artists’ work. Whoever bought a music album, be it in digital or physical format, truly owns the copy of the said album, but the record label actually owns all the intellectual content — including the songs and the lyrics, all the way down to the album cover. The purchasing customer only buys access to the content, and it even says so on the label, written in the fine print.

Considering NFTs have brought a new meaning to the proprietorship of the digital arts, it has allowed established artists to distance themselves from the record labels. But why would they want to do that? Well, let’s say Bacc on Death Row was released through traditional channels, and fans bought the album. In a standard record label contract, Snoop would’ve got approximately 15% in royalties against the label’s 85% — a huge part of which covers the recording and promotion of the album.

ALSO READ
Beyonce's 'Renaissance' Saves Us from Ourselves

The fans that bought the album could listen to the music, but neither the fans nor Snoop would own rights to the music; the record label would. However, since the album was released as an NFT, anyone who bought the album owns the album and the entire intellectual property. Sure, an individual would have to share proprietorship with others who bought the same album but they can do with the music whatever they want since their ownership of the song remains forever inscribed into the blockchain ledgers.

So, the fans now own the rights to the music, and Snoop is getting 100% of the proceeds from every single sale of his album. This removes record labels from the equation with ruthless and surgical precision. But the rapper didn’t just buy the label. He also bought the label’s entire catalog, which allows him to release other artists’ work as NFTs, and, just like the traditional label, reap the financial benefits.

Canadian rapper Tory Lanez already proved that releasing an album as an NFT is a lucrative undertaking when he made both music and NFT history by releasing his entire album as an NFT. Lanez sold $1,000,000 copies of his album as NFTs for only $1 per copy, which made him $1,000,000 in less than one minute after the album had become available for purchase. Less than one minute. That’s approximately eight times more than what Jeff Bezos, Bill Gates, Elon Musk, and Warren Buffet make in one minute combined.

So, it’s perfectly reasonable why Snoop would want to make Death Row into an NFT label and tokenize the label’s intellectual property. The second reason would be practicality. Though NFTs allow established artists to distance themselves from the labels, they don’t make labels obsolete. Rising artists still need promotions and legal protections offered by the record labels, and Snoop could still use Death Row Records to sign rising artists and release their music just like the traditional label would.

It would also allow all future Death Row Records artists to perform concerts in the Snoopverse, allowing the company to avoid a mountain of paperwork that would otherwise be involved with performance in digital environments. In truth, the entire concept of NFTs and Snoop’s ambitions plan opens up a ton of opportunities down the line.

One such opportunity would be that the ownership of Death Row Records’ NFTs could double as a back-stage pass for the fans, which has the potential to increase the NFTs’ value significantly, affecting the value of the label itself. The downside of this venture is the removal of Death Row-owned IPs from various music streaming services, like Spotify.

The fans are generally thrilled to have an opportunity to actually own some of their favorite artists’ music, but the transference to the NFT format excludes people without access to the metaverse or NFTs — the same people who had access to said songs for years on other streaming platforms, and some even on their MP3 players, back when those were a thing.

Admittedly, Snoop disclosed that Death Row would also start its own streaming service, but the fans aren’t thrilled about that idea either since it’s just another streaming service they’d have to add to their monthly pay list. Many see this as just another method of pushing the fans to evolve with the industry, and if anything’s constant, that’s the fact that the music industry is constantly changing.

Ultimately, the introduction of NFTs in the music industry has the power to tip everything in favor of artists and their fans, allowing everyone to profit, in some way, off of artists’ work — which means that both the artists and fans can make money whenever a track plays on some sort of medium. And just like the MP3 format, Snoop was already a part of something big that revolutionized record labels and the music industry, and now nearly 30 years later, the hip-hop icon is doing it again. This time for the benefit of all Death Row artists and their fans.