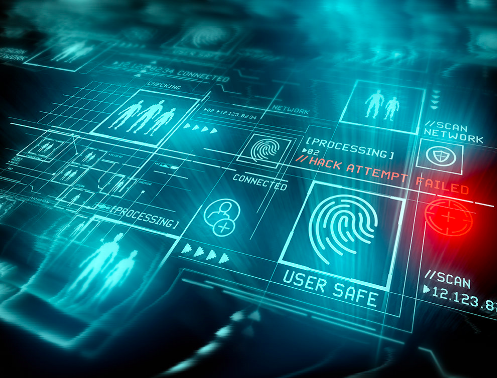 Biometric authentication has only been a futuristic concept seen in films like Alien, Mission Impossible, among others. However, it has since become a reality given the numerous industries: retail, financial services, advertising and the gambling industry implementing it.

Given the increasing cases of cybercrime, it’s only befitting that online and traditional casino alike introduce measures to combat the hijacking of transactions or stealing players’ accounts. Many websites are taking to this newfound technology that requires the user to pass a facial recognition test to authorize a transaction.

As such, players are assured that only they can access the account, deposit, and withdraw payment. Note that facial recognition is different from facial authentication. The former involves the use of biometric software that verifies an individual by analyzing patterns based on his facial features.

Facial authentication, on the other hand, relies on some unique biological traits on an individual to verify he is who he claims to be. Many physical casinos have started implementing the technology by installing high-end cameras that can identify anybody from afar.

As such, when someone is involved in a scam, the casino management can identify the person quickly and apprehend him. If he shows up again, he is recognized right at the entry point to avoid disrupting the casino games.

Modern facial recognition applications use biometrics to analyze the physical features of a person from a photograph or video. It compares that information with the database of familiar faces to find a match. The technologies vary, but here’s a brief of how it works:

Application of Facial Recognition Systems in the Gambling Industry

The technology has proved to be pretty useful in various aspects of betting operations. Here are some examples:

Most gambling websites allow players to play after making the first deposit. They are also required to provide supporting documents to confirm their age, identity, and address because online casinos are also subject to ‘Know Your Customer’ laws.

The face recognition software allows customers to upload a photo of their ID document, and take a selfie to expedite the registration process.

Some gamblers self-identify as problem gamblers to control their gambling habits. Such a person needs to fill out a form and allow the casino to take a photo. The casino instructs its staff to be on the lookout for such a person. Casinos can enlist the help of self-recognition software to help identify such players. The system has been used in an Australian casino where it caught a problem gambler entering the casino wearing disguised clothing twice.

A player may claim that his account has been compromised and a debt placed in his name. The facial recognition system can be used to determine if there have been unusual changes in the player’s behavior, identity, and movement. The idea is to verify that the individual playing the game is the same person who has logged in.

The technology is somewhat new, but gambling companies are responding with much enthusiasm towards it. While facial technology promises many benefits, they should be measured against concerns such as privacy infringement. This issue compels companies to think critically about how they rollout facial recognition software.