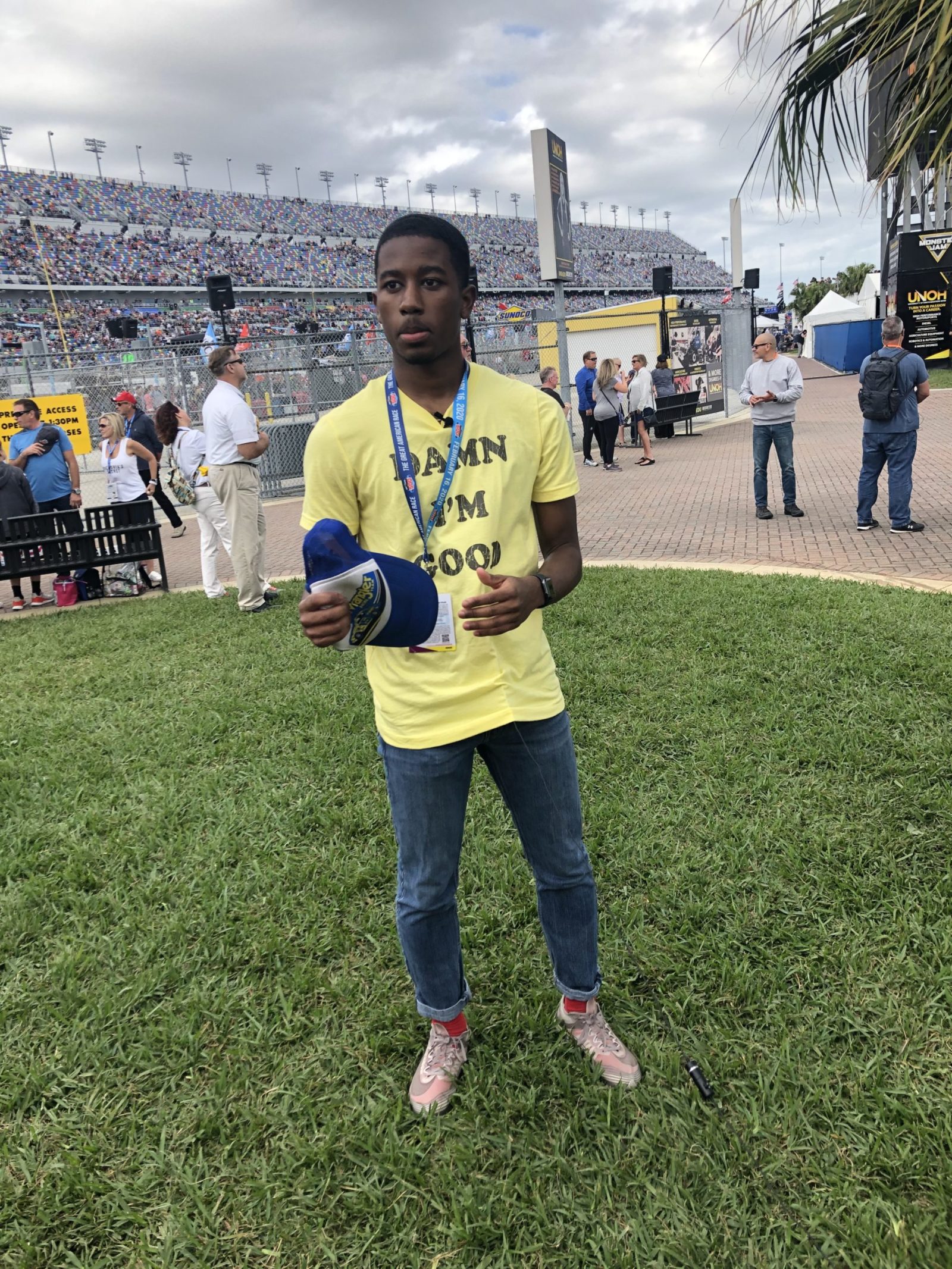 Believe it or not, NASCAR is training little Bubba Wallaces and Tia Norfleets to become the next NASCAR race drivers with an inclusive program to help develop young kids to excel their way through the sports company.

Four drivers were selected to the 2019 class, including Rajah Caruth, 16, an iRacing competitor from Washington, D.C., with aspirations of a traditional racing career. Among the new participants are Lacy Kuehl, 12, of Sarasota, Fla., who has experience racing dirt oval flat karts, and Blake Lothian, 16, a World Formula Kart driver from Wellesley, Mass.

BGN had the opportunity to speak with Rajah Caruth, a member of the NASCAR Drive for Diversity Youth Driver Development Program. He races late model stock cars for drag racing.

According to NASCAR, the youth development program serves as a stepping stone for drivers to eventually move to NASCAR Whelen All-American Series and NASCAR K&N Pro Series race cars with the goal of one day competing for a NASCAR national series team.

The NASCAR Drive for Diversity Driver Development Program, a separate program that introduces talent to Late Model Stock cars and offers opportunities for drivers to compete in the NASCAR K&N Pro Series and Whelen All-American Series with the Rev Racing team.

Caruth was a member of their youth program and was able to run legend cars with them in the Bojangles Summer Shootout last year. This year he’ll be in the program racing legend cars and late model stocks. In my interview with Rajah, I asked how one qualifies to be in the program.

“You make a video stating how the program will help promote your racing career, and you list all the things you’ve done on and off the track,” he said. “And that’s really it.”

This is Rajah’s second year in the program. Last year he was in the youth program, and now he’s in the full fledged program. I asked Rajah, after he graduates, what’s next for him?

“Next,” he said, “is just to keep moving up, hopefully working on late models next year and be able to be with the national director of diversity up until the American Stock Car Series.”

Rajah says he hopes to compete and win the cup series one day to be racing on Sundays.

From Go-Karts to Race Cars: Bubba Wallace Is Carving A New Path