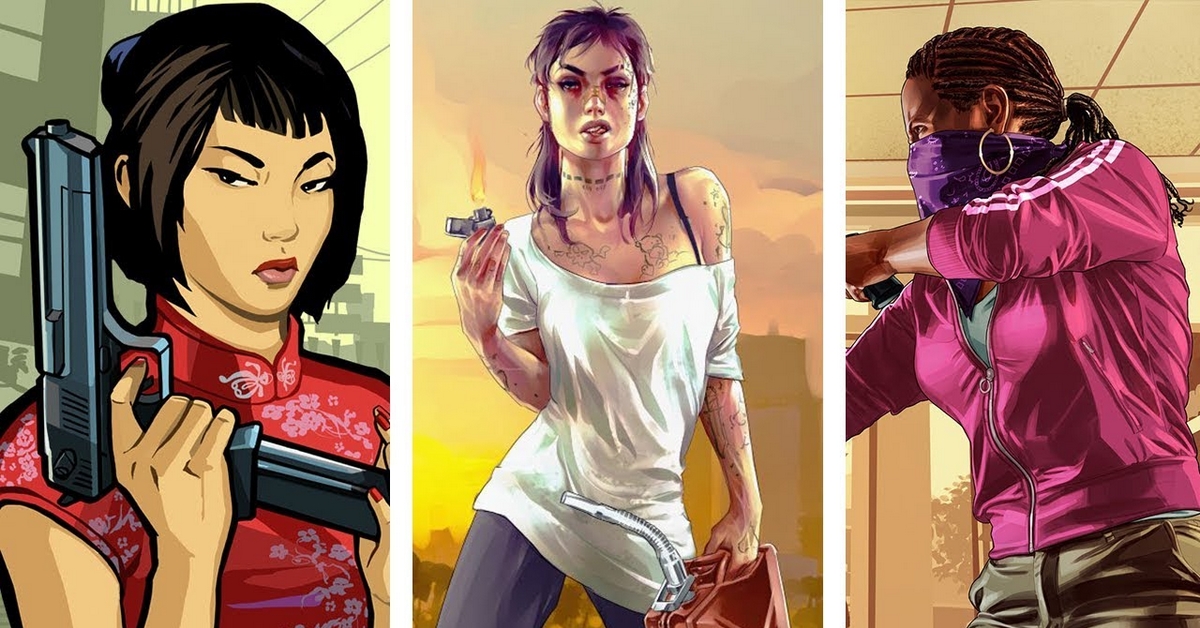 Unfortunately, Rockstar Games still hasn’t announced the alleged game nor given any indication that Grand Theft Auto VI might be in development. This led many to believe that the game is being developed under the veil of secrecy, sparking a rumor mill filled with speculation, while the company continues to milk as much market value out of Grand Theft Auto V — an eight-year-old title. Now, according to Tom Henderson, a gaming industry insider and leaker with an impeccable track record, the purported GTA VI will build upon its predecessor’s best features, including the idea of multiple protagonists playable throughout the game’s campaign — one of which could in all likelihood be a Black playable female lead.

But could that idea work for a gaming franchise like GTA 6 that is male-dominated (to put it mildly)? And just so we’re all on the same page, we’re talking about the addition of a competent female character who is on equal footing with male protagonists, at least when it comes to her criminal enterprises and misadventures.

Considering that women now make up 46% of the gaming market, introducing a female lead in the GTA franchise without affecting its overall gameplay would give almost half of the gaming community a character they could identify with within the proposed narrative. Also, in terms of male sensibilities, the idea of a powerful female protagonist would appeal to an established male demographic of gamers who have historically accepted characters like Lara Croft from Tomb Raider, Samus Aran from Metroid, and Aveline de Grandpre from Assassin’s Creed: Liberation with nothing but high praise. So, the question isn’t whether male gamers would accept a female character, but instead, would the GTA audience embrace the concept?

Well, why wouldn’t they? Sure, the concept is revolutionary, at least within the franchise, and some fans might even resist the change. Then again, many openly expressed their discontent when Rockstar announced that Grand Theft Auto V would feature three playable leads within one narrative, and the game turned out to be the second best-selling video game of all time, preceded only by Minecraft. So why wouldn’t that be the case for the unannounced yet highly-anticipated sequel to one of the most popular gaming series?

Historically speaking, GTA is far removed from introducing the first African-American characters as protagonists. We’re not sure exactly which game had the honors, but the internet points towards 1979’s Basketball video game, developed for the Atari 800. Soon after, we had Mr. Sandman and Doc Louis in Punch-Out arcade, while more recent titles featuring Black lead characters include Spider-Man: Miles Morales, Mafia III, and Assassin’s Creed: Liberation, which features its own Black female lead — Aveline de Grandpre. On the other hand, female protagonists have dominated gaming for quite some time. Titles like Metroid, The Last of Us, and Lara Croft all feature strong female leads, some of which have existed well over a decade or even longer. Oh, and let’s not forget the baddie-turned-good Nadine Ross from the Uncharted franchise.

So, why not take the best of both worlds and combine them into one? A strong-willed, intelligent Black female lead could be precisely what the Grand Theft Auto franchise, and its audience, need. In the end, it could be the perfect response to the company co-founder Dan Houser’s comment that women couldn’t possibly work as one of GTA’s playable characters, as it would disrupt the “masculine element” crucial to the narrative. But the question is, can the company afford to overlook the fact that women are now 46% of the gaming market?

On a side note, why hasn’t anyone conducted adequate research on gaming demographics? For example, we know that women make 46% of the gaming market, but how much of that 46% are African American women? And what about other ethnicities? Perhaps bringing in a Black female lead protagonist in a culture-defining franchise such as Grand Theft Auto would jump-start the demographic research and set a new bar for how heroes, and even criminally-inclined anti-heroes, are viewed in triple-A gaming franchises.