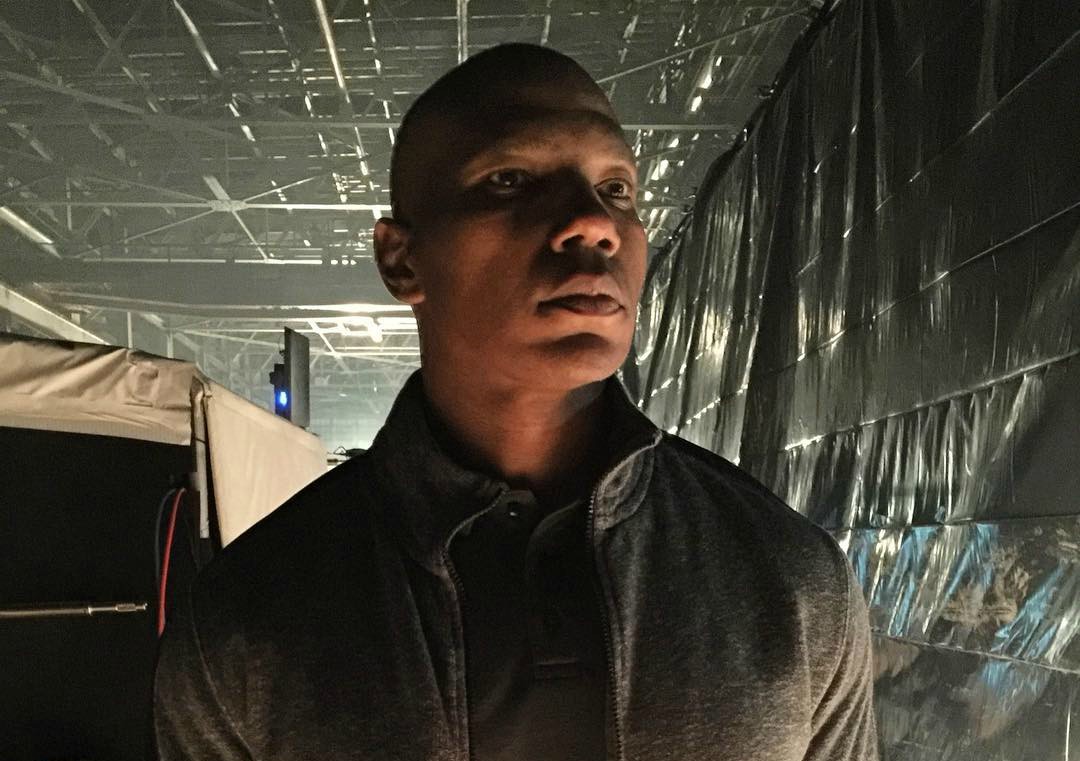 Isaac Keys is a former NFL Linebacker, having played for the Arizona Cardinals, Minnesota Vikings, and the Green Bay Packers. Originally from Saint Louis, MO and now currently residing in Los Angeles, this thespian showcases his versatility off the field as a high demand A-list actor on the big screen. And no matter what his costume, wardrobe, or uniform, he plays to win!

Isaac starred alongside Chris O’Dowd and Ray Romano as Ed in Epix’s Get Shorty, which premiered Sunday, August 13 at 10 PM.

Black Girl Nerds: What took you from the NFL to the Hollywood screen?

Isaac Keys: Well the first thing that took me from the NFL to Hollywood [was that] I needed a job!!  The NFL, known as the National Football League, can also be known to the majority of guys as “Not For Long.” When my rocky 6-year career came to a startling end, I was sort of lost and was trying to find where do I fit into society now that football is gone.

So, after running down a few paths of trying to figure it out whether it was personal training, marketing, security work, then some on-camera work as a host I realized I was drawn to the camera. I made a leap of faith to L.A., jumped in some acting classes and found excitement in telling a story through the eyes of a character. It was so much more different than what I was used to, that it attracted me. I’m just glad I was open enough to embrace it. I found the hardest thing about transition is finding the same passion you had from your previous space in another and being fulfilled. I found it in acting.

BGN: Any plans to return to football?

IK: Whoa!!! My only plans to return to football are coaching and training high school kids. I do miss the game but more of the camaraderie with my teammates.

BGN: What genre do you enjoy performing the most? (Comedy, Suspense, Horror or etc…)

IK: I get cast for more drama type rolls, which is cool but I actually look forward to performing in a comedic space. In my everyday life, I enjoy laughing and making people laugh.

BGN: Do you feel like your athletic background helped you succeed in the entertainment industry or do you have to work just as hard as others?

IK: For me, my athletic background may have helped as far as having the mental state to compete, learn on the run, be coachable, and resilient enough to keep knocking down doors in an up-and-down type of industry. I have to work twice as hard as others because that has always been my mentality instilled in me by my father at a very young age.

Isaac Keys will also be seen in Crackle’s The Oath, alongside Elisabeth Rohm, Robert Gossett, Cory Hardrict and Linda Purl, and is releasing in 2018. The series is executive produced by Curtis “50 Cent” Jackson and his G-Unit Film & Television and explores gangs made up of those sworn to protect and defend.

You can also follow Isaac Keys on his IG page on https://www.instagram.com/isaackeys.

Tommy is a Real One in ‘Power Book IV: Force’