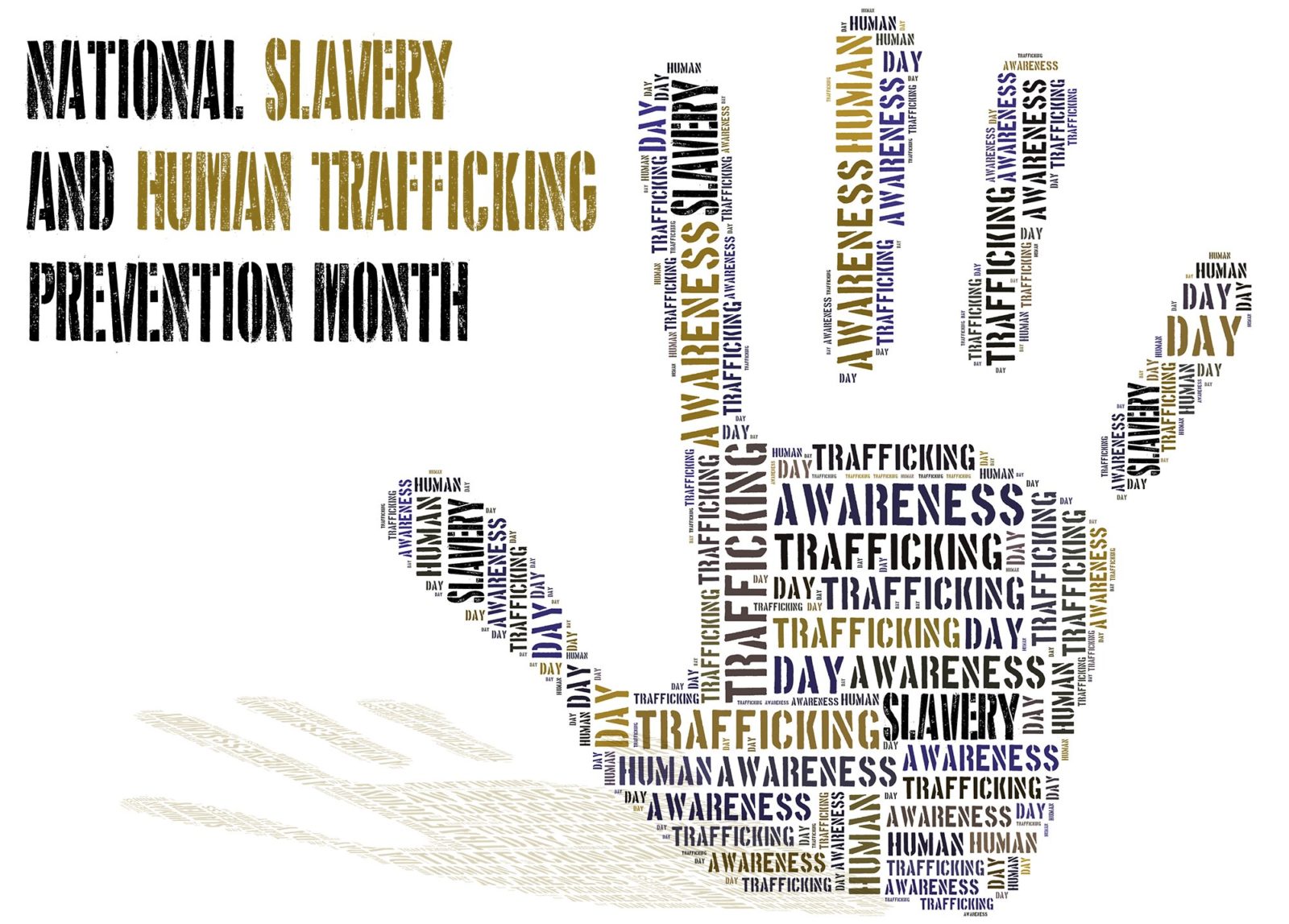 The United Nations defines slavery as the status or condition of a person over whom any or all of the powers attaching to the right of ownership are exercised. In other words: a person forced to work against their will and who cannot leave because they are threatened, beaten, or otherwise hurt. Human trafficking is the illegal trade of people for forced labor, sexual exploitation, and commercial sexual exploitation. This also includes organ harvesting from children and adults.

While human trafficking has been used by organized crime groups around the world, it has become more widespread due to globalization and technology access — especially in third-world countries where poverty rates are high enough that some people may see selling themselves into slavery as an easy way out.

Slavery is the practice of owning and exploiting people as property. Enslaved people are bought and sold for their labor, often working for nothing or at a very low wage. Enslaved people have no rights of their own, cannot leave or protest their conditions, and live in abject poverty. They are frequently subjected to violence, sexual abuse, and starvation.

Slavery has existed for centuries but remains a horrible reality today that many aren’t even aware of. People who are trafficked into slavery are often forced to work without fair pay in agriculture, construction sites, and factories; they may also be forced into prostitution or other forms of sexual exploitation.

There are no precise figures for the number of enslaved people around the world. The International Labor Organization estimates that 50 million people worldwide are victims of modern slavery. Experts believe that the numbers continue to rise each year, which makes it even more important for us to work together to fight this crime.

People are enslaved for many reasons, including debt bondage, human trafficking for sex or labor markets, and slavery for ritualistic purposes.

Human trafficking is different from smuggling and illegal immigration because it involves exploitation in the form of forced labor or sex trafficking. Smuggling can be done with consent, while human trafficking involves deception and fraud. Illegal immigration also falls under smuggling if there’s no deception involved — such as when migrants voluntarily enter a country illegally to look for work (though they may face deportation).

There are many signs that someone is being trafficked. They may have bruises on their body, be fearful when talking about their situation, and not know who they turned over control to after coming into contact with traffickers. They may claim they were forced into labor or prostitution through threats made against them or their family back home.

The numbers are horrific and disturbing. While 80 percent of human trafficking victims are women and girls, males can be victims, too. Additionally, members of the LGBTQIA community are specifically targeted by traffickers. While many adults are victims of trafficking, the average age of entry into sex trafficking is 11-14 years for victims. Of the estimated 27 million enslaved people, approximately half are children. Two children are trafficked into sexual exploitation every single minute.

Yes, you read that right.

Human trafficking is a crime against humanity. It is distinct from forced labor because it entails more than one party transporting victims across international borders. Transportation itself becomes the key to carrying out the crime. While forced labor may happen within national borders and can often be traced back to local networks, human trafficking relies on globalized networks that move people around the world for exploitation purposes.

Black women and girls are disproportionately represented as victims and survivors of trafficking. Traffickers admit that, if caught, they believe that trafficking Black women would land them less jail time than trafficking white women. Black girls who are victims of sex trafficking are arrested on prostitution charges and often punished as perpetrators rather than supported as victims.

We don’t need to look any further than Cyntoia Brown. A victim of child sex trafficking, Brown claimed that a man by the name of Johnny Allen paid her money to have sex with him and that she feared for her life during the encounter. Ultimately, she shot and killed him and was sentenced to life in prison. She was only 16 years old. After outrage and pressure from Black leaders, her case was brought back to life, and she was released in August 2019.

The subjects of slavery and human trafficking cause us to remember the persecution of Black people and how it began throughout the world if not before, the time of Colonial America. During this time, when humanity needed a source of cheap labor, slave owners turned to the continent of Africa for their solution. They kidnapped and enslaved the native people and put them in boats to be sold in markets like animals, rather than people.

Fast-forward many years, during the Civil War, President Lincoln had issued the Emancipation Proclamation, freeing all slaves in the rebelling states. When the war ended, a time known as Reconstruction began. Still, Black people were persecuted for using their rights as citizens of the United States. Even now, there are laws within the criminal justice system that are heavily weighted against Black people. Persecution has endured for hundreds of years.

Here’s the truth about history: Repeating issues are different from enduring issues. Repeating issues return and continue to infect society forever; they will simply adapt to each new situation and find the cracks in the resistance against them. Enduring issues are issues that, while persistent, can be made right through intentional work. Issues are not just one or the other, they have many layers. The issues of marginalized groups not having voting rights or equal protection under laws are issues that can ultimately be fixed, but the underlying issues of intolerance and inequality cannot.

There are many ways you can help prevent human trafficking and support survivors: You can take action against human traffickers by contacting your legislators about policies that could limit trafficking; donate money to organizations like Coalition Against Slavery & Trafficking (CAST); volunteer at an anti-trafficking organization; or raise awareness by talking about modern slavery with friends and family members who might not know about it.

Modern slavery and human trafficking are serious crimes that many people are unaware of. But we can all do something about it by spreading awareness about this issue and supporting organizations doing the work to prevent it.