Hot off the heels of his role in HBO’s hit Sunday show, Insecure, actor Jay Ellis is going from tech innovator to teacher in the upcoming made-for-TV flick, Like Cotton Twines.

In the new feature film, Like Cotton Twines, Jay plays Micah, an American volunteer who teaches in a Ghanaian village and holds high expectations for his mother’s homeland. He’s eager to help his students reach their full potential, especially the bright 13-year-old Tuigi (Ophelia Klenam Dzidzornu). But when Tuigi’s family must pay for an accident caused by her father, Tuigi is forced to abandon her education and become a slave. Outraged and upset, Micah battles the tribal culture, religious customs, and the state itself in order to save Tuigi from a cruel fate. 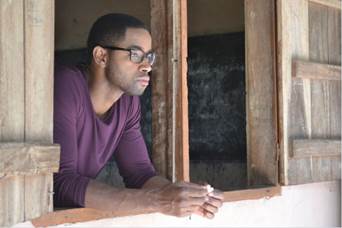 Take a look at the trailer below:

In the clip, we get a taste of Micah as he confronts Trokosi, a form of child slavery in Ghana, as it threatens one of his brightest students from reaching her full potential due to the practice.

The film will premiere on January 20, 2017, on Urban Movie Channel (UMC), the first premium subscription streaming service that showcases quality African American and urban entertainment across all genres.

Available at urbanmoviechannel.com, UMC is the first premium subscription streaming service that showcases quality African American and urban entertainment across all genres from RLJ Entertainment.