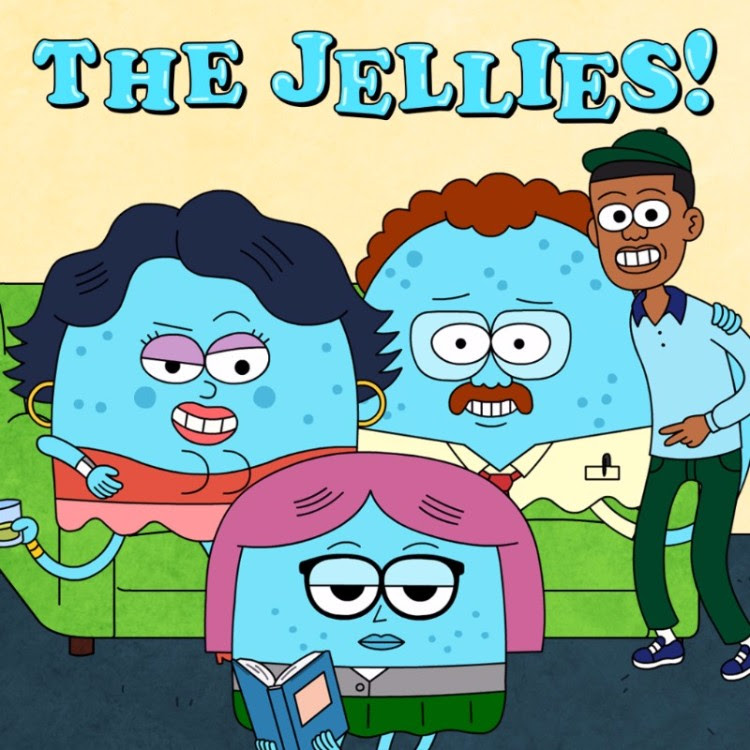 Get ready as Adult Swim introduces its newest animated original series and fun-loving family, The Jellies!, on Sunday, October 22nd at 12:15 a.m. E/P.

The Jellies! is a quarter-hour animated series created by Tyler, The Creator and Lionel Boyce, that follows a family of jellyfish, including their 16-year-old human son, Cornell. When Cornell learns that he was adopted at birth, he is shocked by the news and spirals out of control as he tries to “find himself.” The result is he, his family and friends continue to end up in uncanny situations.

Earlier this year at San-Diego Comic Con, Tyler addressed the need to see more cartoon characters of color. He posed this question to one of the attendees who asked why did he decide to make the main character, Cornell, Black. “How many ******** Black cartoon characters do you see on TV right now?”

The show’s musical score and original composition are created by Tyler, who also lends his voice, along with those of Boyce, Phil LaMarr, Blake Anderson, AJ Johnson, Kevin Michael Richardson, and many more to the show’s great cast of characters. The Jellies! is executive produced by Tyler, Boyce, Kelly Sato Clancy, Aaron Augenblick, Chris Clancy, Lloyd Braun, and Jared Heinke.