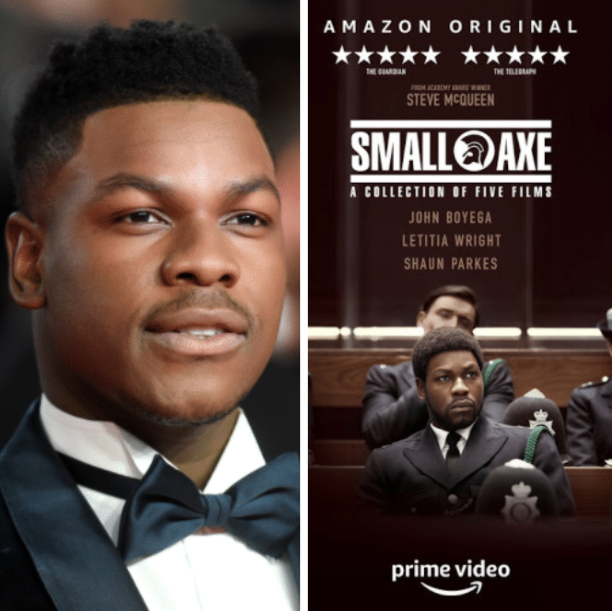 BGN interviews John Boyega (Leroy Logan) for the Small Axe anthology series for his role in Red, White and Blue.

John Boyega plays real-life figure Leroy Logan, a member of the London Metropolitan Police Force who both witnessed and experienced firsthand the organization’s fundamental racism. Set in the ’80s, McQueen’s film captures Logan’s growing awareness of a system that he would one day try to dismantle from the inside, while also centering on his relationship with his father, a victim of white police brutality who initially refuses to accept his son’s decision to enter law enforcement. Red, White and Blue is richly evocative and politically charged, with an impassioned yet nuanced performance from Boyega.