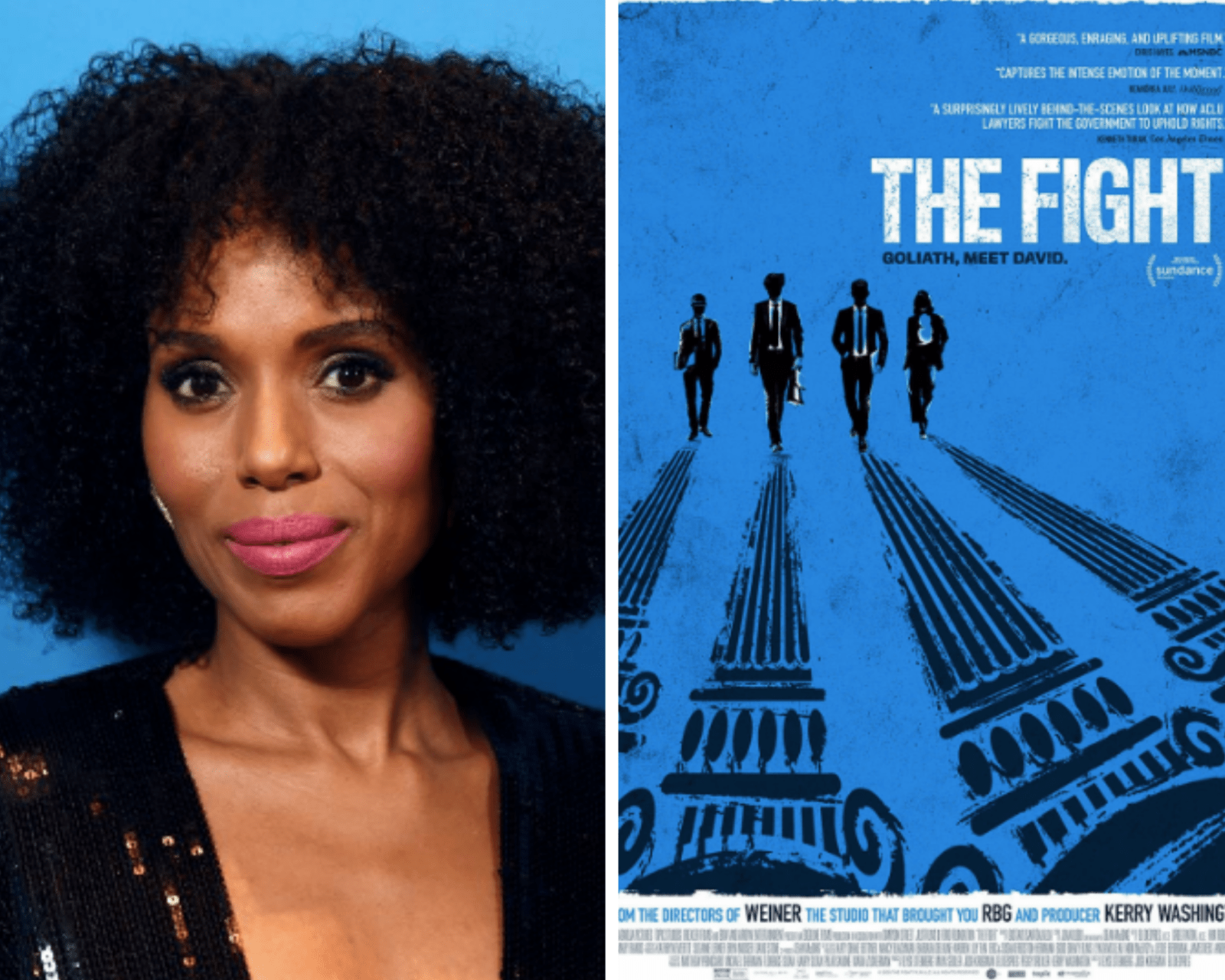 Tomorrow The Fight will be released virtually and to certain theaters. Produced by Kerry Washington, the fight focuses on American Civil Liberties Union lawyers fighting for immigrant, voting, LGTBTQ, and abortion rights.

Washington will be accompanied by the ACLU for a virtual Q&A regarding the documentary. The Q&A was previously filmed and will be played after the documentary with Brigitte Amiri, Lee Gelernt, Dale Ho, Joshua Block, and Chase Strangio (all of whom are attorneys featured in the documentary).

Amy Nicholson gave The Fight a positive review with Variety “Card-carrying members, or those compelled to join after watching this doc, can celebrate that this year is the ACLU’s 100th birthday, and the organization shows no sign of slowing down.”

Notable film critic Jake Coyle stated “the stakes are always present” and “what most vividly comes across in The Fight is the never-ending nature of freedom and democracy.”

This isn’t Washington’s only upcoming work with an announcement The Prom in post-production seeing her as Ms. Greene, 24-7 in pre-production and Run having just been announced. The Prom is a comedy/musical directed by Ryan Murphy and written by Chad Beguelin, Bob Martin, and Jack Viertel following a lesbian couple who wants to go to prom together featuring Nicole Kidman and Meryl Streep alongside Washington. 24-7 is a comedy written by Sarah Rothschild and directed by Eva Longoria.

Kerry Washington stars alongside Eva Longoria to solve a fraud case that will hopefully save their characters jobs. Lastly, Run is detailed as a thriller seeing a wife take directions from her husband acting mysteriously. It’s safe to say that Kerry Washington is staying busy while also staying engaged with the current political climate.