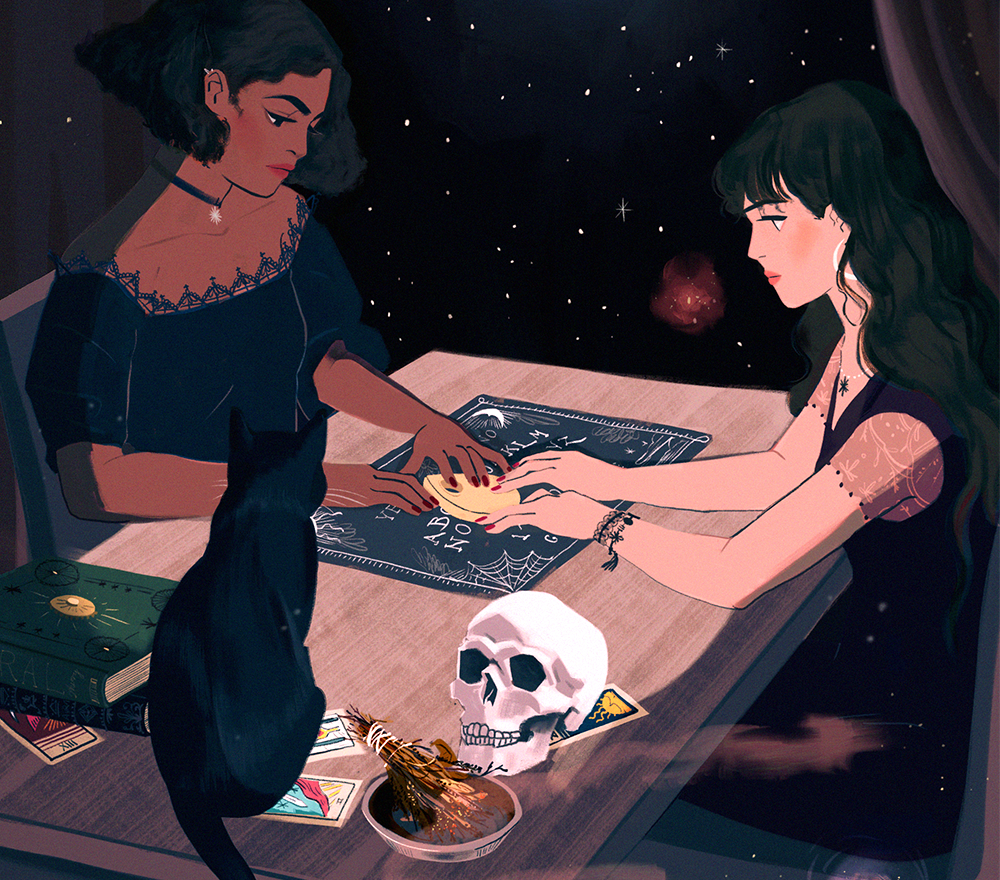 Some of you may remember queer Afro-Cuban cartoonist Joamette Gil’s splendid comix anthology Power & Magic, which kicked Kickstarter-ass last year and raised over $39K. Luckily, it appears that this was but a prelude, as a brand new sequel edition is crowdfunding right now and hopefully primed to beat that amount, with your help.

For those unfamiliar, you can still pick up the award-winning original book, a hefty collection of short comix stories centered on queer witches of color (perhaps my new favorite WOC acronym). The creativity among Gil’s collaborators the first time around was magnificently expressed, with a swirling variety of emotion and tone featured throughout the stories; some were quite intimate and centered on very personal narratives, others epic in their electric scope, and others suitably completing the rainbow with every shade between. Altogether, they ran the gamut on everything but talent; Gil is a gifted anthologist, able to rally together a unique crew of creators, which will leave you with plenty of new artists to look out for and Twitter accounts to follow.

We are nine days into her new Kickstarter campaign and she is already halfway there, so let’s give IMMORTAL SOULS the mighty push it needs, and help her team continue to roll out entertaining, compelling content for the world’s benefit. Maybe we need these stories more than ever, now.

Promo images below with creator-attribution, but more more information can be found on the IMMORTAL SOULS official Kickstarter page.