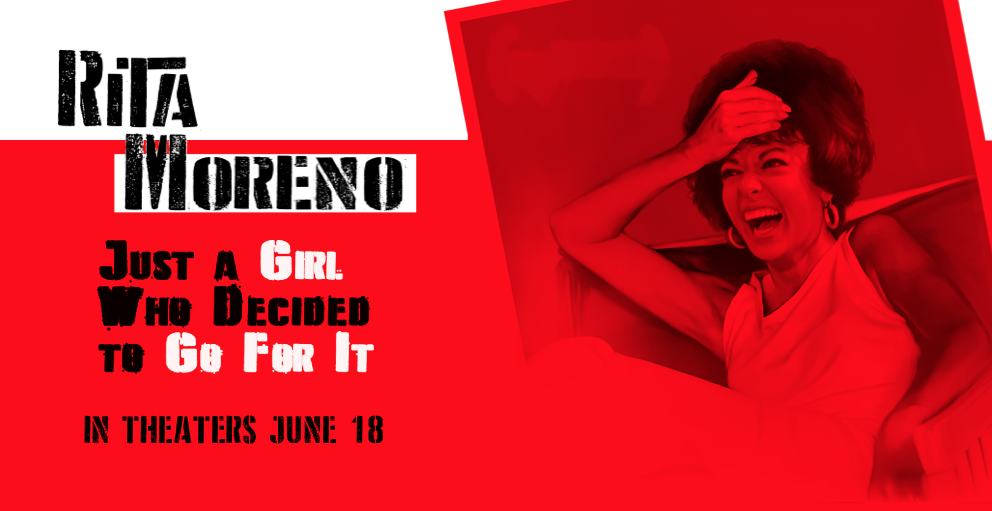 Los Angeles Latino International Film Festival (LALIFF) is home to many up-and-coming film directors and for those who want to be a part of the entertainment industry. For years, the film festival has illustrated and transformed the industry by showcasing powerful storytelling, strengths in the communities, and celebrating the richness of Latino lives all from the Latino perspective. This year, one of the prominent legends in the Hispanic and Latino communities has a documentary focused on her, Rita Moreno. The documentary touches aspects like Moreno’s suicide attempt, therapy, marriage, family, racism, feminism, and sexism. Moreno’s background is closely examined to discover just how far she came from, in a method that can inspire many more Latinos to go after their dreams.

Rita Moreno, who is currently known for her role in One Day at a Time as Lydia, has a documentary that reveals her abilities. A few choice words that have been used to describe Rita Moreno’s performances for her decades in the entertainment industry can be summed up as brilliant, spirited, and elated. Moreno has been on film, television, and the stage, and her skills range from singing, dancing, and of course, acting. Because of her large body of work, she has been deemed by some in the Latino community as a pioneer and a trailblazer. She is currently the only Hispanic/Latino woman to have received an EGOT and continues to push against boundaries.

Director Mariem Pérez Riera presents this documentary with a surgeon’s precision. Stitching pieces of Moreno’s life and aspects of the Hispanic experience together in an hour and thirty-minute production reveals the challenges and adulations of the time. In this very personal and authentic film, Moreno’s existence is explored in a respectful and caring voyage to show her rise to the status she has now. Moreno’s journey begins in Puerto Rico, then she and her mom immigrate to New York City where she faced racial and identity discrimination, and then to the studios and their sexist treatment towards her. Persisting through all Moreno’s struggles, Riera does not shy away from sensitive subjects. These encounters range from Moreno’s experience of being raped by her agent, her being typecast as an illiterate with an accent, or having to have her skin darkened to appear more Hispanic. These are only a few topics that the documentary covers.

Rita Moreno played so many roles in her tenure as an actress. She was often typecast to play certain roles because of her appearance. The documentary brings light to the fact that actresses like Rita Hayworth, who had a Hispanic background, often had to mask aspects of their identity to get ahead in the industry. Since Moreno had been the breadwinner for her family since she was sixteen and dropped out of high school when she was fifteen, few options were granted to her. It is made clear in the film that while growing up in New York, Moreno did not have much self-worth. She was surrounded by people who discriminated against her for her upbringing to her appearance, and even to what block she lived in. She soon found acting as a form of panacea for her, since she in her own words said she got excited from “the attention she received.” It seemed like the natural path.

Rita Moreno: Just a Girl Who Decided to Go for It utilizes exquisite cinematography. When conducting the interviews with all the talking heads, including Moreno, there is not a single hair out of focus. The interviews themselves dive deep and extract nuggets of information that give plenty of context of the time and struggles actors had. One of which being Moreno’s experiences being contracted with MGM. When she landed her contract at MGM, she expressed that she wasn’t treated very nicely; in fact, she has stated, “When they treat you like that you think it’s because you’re Latina.” She also recounts her experience at a party where Harry Cohn had been grinding on her, and this experience brought her to tears. It even handles the topic of her marriage and how it wasn’t the best, but Moreno and Leonard Gordon played their roles well to appear like they were happy. So much of Hollywood life looks so glamorous from the outside.

The film presents Rita Moreno in the most human light possible. It discloses her past relationship with Marlon Brando and the therapy that she underwent to feel better about herself. It includes the activism that she was a part of for human rights, and even a few of her regrets, one of which being she never got the chance to see her brother again when she left Puerto Rico. From this documentary two lines stick out the most. The first was from Morgan Freeman, who states, “If you feel like you’re always being discriminated against, you’re always angry, and who are you going to be angry at? Everyone? That is poison, you can’t do it. So, life is what it is. On the other hand, life is what you make of it.” This advises many to see beyond the circumstances and change what you can. The second one is from Moreno herself. She says, “Would having to struggle so much take something out of me? Not me.” The accessibility of this proves many who view her struggles as a positive, that they have made her who she is today. That is something beautiful to say and see.

This documentary could not have been possible without the extraordinary crew that helped bring this together. The cast that is interviewed includes Rita Moreno, Gloria Estefan, Morgan Freeman, Whoopi Goldberg, Eva Longoria, Justina Machado, and Karen Olivo. Executive producers include Lin-Manuel Miranda, Norman Lear, and Regina K. Scully. The credit for the extraordinary cinematography is Pedro Juan López, who captured the reality that was presented in front of the camera with accuracy and grace.

Rita Moreno: Just a Girl Who Decided to Go for It is a moving tribute to a woman who had struggled to define herself, but overcame so much to rise to where she is. The documentary is well crafted, well situated, and the events of Moreno’s life are still relevant today. This film is one of those rare ones where Latinos can look up and say, “How close can I get to that?”