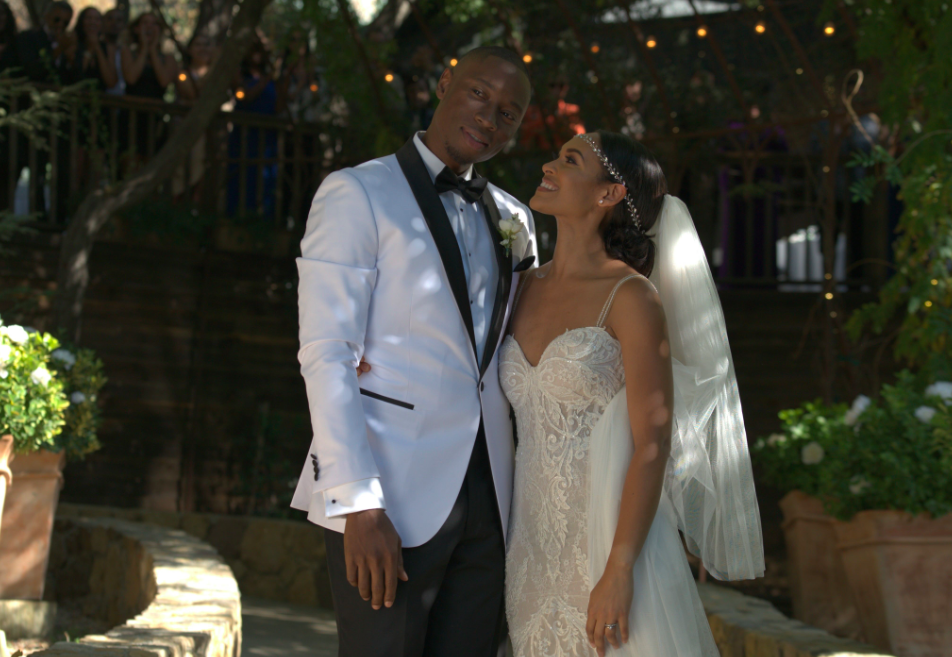 Finally the strong Black-lead thriller we needed, with a noteworthy plot twist.

The beginning of Always and Forever had me skeptical, with the four young girls vowing to stay together “always and forever.” I really thought the bossy little Brandi (Andrea Smith) would grow up to be the killer, killing off her friends for moving on, or something. For most, these thriller films have the easiest outcomes to predict. However, writers Marques Houston and Chris Stokes had other plans.

The film is centered around star Cynthia Addai-Robinson and Robbie Jones as the Black-love power-couple Nicole and Brian Taylor. Their wedding being the first scene into adulthood, it’s obvious the intention of this film. Immediately, Chris Stokes builds his entire plot around the realization of Black love. Through Nicole’s connection to her friends into adulthood to Brian’s relationship with his mother, the plot twist makes for a deeper emphasis on Black love and the communal aspects of our livelihoods. Stokes paints a vivid picture of how Black love and Black excellence can thrive within every home, every workplace, and every friendship. There’s definitely some common cattiness and trouble in paradise, but all within the ordinary. Then Stokes and Houston smash these notions all to pieces by strategically flashing back to the four young girls’ childhood as they each reconnect in adulthood.

Sommer, played by Deborah Ayorinde (Harriet, Girls Trip), Miranda Scott, played by Roxi Diaz (106 n’ Park, Armed), Brandi, played by Vanessa Curry (Behind the Trees), and Nicole Taylor are targeted as the consequence of their tainted past. The film does a good job of keeping the identity of the killer hidden and us on the edge of our seats trying to figure it out. However, attention to detail is everything, and unfortunately the small-part extras could have executed a better scare to sell the storyline a bit more.

On the flip side, Loretta Divine, who plays Elda, Brian Taylor’s mother, and Lauren London, who plays Tammy, are the real rock stars of this new feature film. Loretta, the iconic “mamma” in all the classics, gave this film the connection it rightfully deserved in light of Black love. Meanwhile, Lauren London, who we’ve all been patiently waiting to return to the big screen, supplied culture, and laughs as the “around the way girl.” If nothing else gets you back into the theaters, this duo will. Although the two are on opposite ends of the screening spectrum throughout the film, I believe Stokes made this his intention to share their greatness across the screen.

Another key aspect Stokes and his team get right are the hints of foreshadowing and irony. Nicole Taylor is a shark of a prosecutor and makes a living putting away those who have wronged others and blame their childhood. She builds her cases around the simple fact that childhood has nothing to do with adulthood, all while her own childhood is the thing she should be worried about coming back to haunt her. Not to mention that she herself is then placed under the same lens as her accused by Detective Danny Tucker, played by Wood Harris (Paid in Full, The Wire). Harris’s classic blunt and easy confidence takes the lead in every scene he’s in and in turn makes for the perfect neutral cop figure.

ALSO READ
Sundance 2022 Review: 'After Yang' Is Too Caught Up in Its Metaphorical Messaging

Stokes uses Detective Tucker’s scenes to add a nod toward proper police practice when investigating. This is shown when two childhood friends have allegedly committed suicide but the autopsy reports are not thoroughly taken into account. Tucker makes sure to notify his boss of these inconsistencies when they are brought to his attention, and his boss makes an ignorant joke. Tucker immediately shuts it down and reminds him that these are real lives being considered. This scene, unfortunately, resembles too many overlooked “suicides” within the Black community. For Stokes and his team to place Black representation at the forefront of their film with emphasis on our lives being important too is commendable.

Although this is to be expected when a thriller is centered around Black love and communal ties. But this plot twist, though! This plot twist is one for the ages, and no, I am not going to give it away. I am however going to unpack some of what went into leading up to it. The extreme amount of love being exhibited within this film will get any viewer attached to the characters. Brian is a complete sweetheart with the body and a smile to match. Sommer who is easily Nicole’s best friend is stunning, straightforward, and super sweet with their friendship. Brian and Sommer both love Nicole, and the chemistry is easily conveyed. This is what makes the mystery killer so hard to detect.

There are multiple characters throughout this film who can easily be the killer. The first is Brandi, with her childhood flashbacks and her introduction at the first funeral making her perfect for the part. Next, there’s Paige, but honestly, that would have been too easy. Finally, I considered Nicole. Nicole is a prosecutor and all of her friends are dying. It would have made for the perfect thrilling end. But I digress. You’ll just have to watch it and find out.

Always and Forever is officially out in theaters today and streaming on UMC TV.