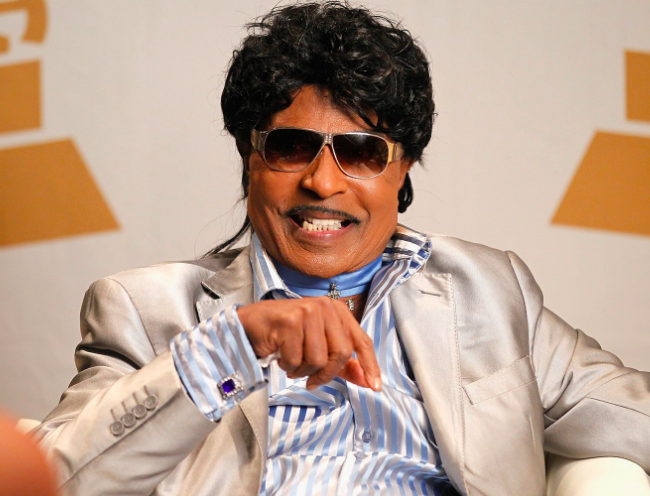 Rolling Stone is teaming with Bungalow Media + Entertainment to develop Little Richard: I Am Everything. The documentary will be directed by Lisa Cortes (All In: The Fight For Democracy) and executive produced by Dee Rees (Mudbound) according to Deadline.

“There’s that moment when the meteorite that was Little Richard lit up my world,” Cortes said. “Burning bright with a voice that slayed and a pompadour that pridefully sashayed, he inspired me to color outside the lines, and give voice to all who are silenced for being too bold, too Black, or too queer. The architect of rock & roll, he instantly outpaced what passed for outrageous or transgressive. But that’s only the beginning of the story, and I plan on telling the rest. Together with my trailblazing producer Dee Rees, we are going to reclaim the crown for Little Richard, the undiluted King, and Queen of Rock & Roll. Forever may he reign!”

Continued Rees, “Little Richard was always one measure ahead and unafraid to lead from the edge. He created and shared generously even as other artists took credit for his ideas and mimicked his style. Little Richard remains singular to this day and I’m beyond excited to be telling this story of a rock & roll titan, with another titan of film, Lisa Cortés.”

Rolling Stone will serve as an executive producer utilizing archival content and interviews with the family, friends, and musicians who knew him intimately over the ups and downs of his life and career.

“Rolling Stone is thrilled to partner with Bungalow Entertainment to tell the definitive story of one of the most dynamic and unique founders of rock n’ roll, whose rich history, career and gender-bending impact remains as important today as ever,” said Gus Warner President and Chief Operating Officer of Rolling Stone.

Liz Yale Marsh will also serve as an Executive Producer of Little Richard: I Am Everything with Veda Smith serving as the Contributing Producer.

“Little Richard’s career is one of the most fascinating and important stories in music and pop culture history,” EP and Bungalow Entertainment CEO Robert Friedman said. “The film will unspool Richard’s incalculable influence on music history, at long last giving him his rightful place on the rock and roll throne.”