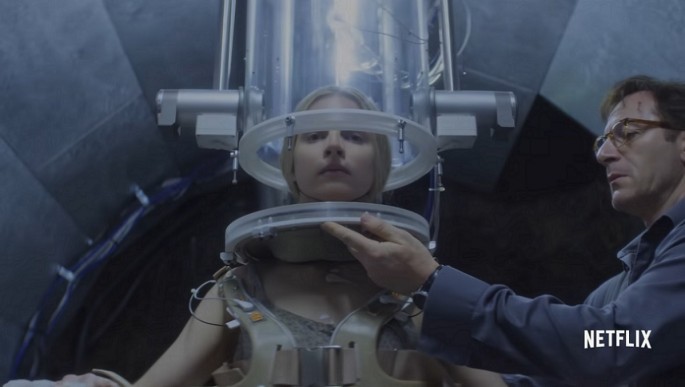 Unlike many Netflix original shows, the eight-part series The OA came out of nowhere. There was no pre-release trailers or cryptic think pieces to herald its arrival. There was nothing, except for its mysterious and sudden presence on my Netflix queue, a fact that intrigued me enough to push play.

The OA is meant to be mysterious — and stresses its uniqueness with opening credits that appeared almost an hour into the first episode. Though the show was slow going at first, its interesting narrative and beautiful visual tidbits kept me coming back for more. I was determined to figure out the world of The OA and stuck with it even though the story became progressively convoluted as it neared its conclusion. When the final minutes of this cerebral series played out in front of me, I was left feeling perplexed, enamored, and irritated all at once. What beautiful and melancholy nonsense had I just witnessed? 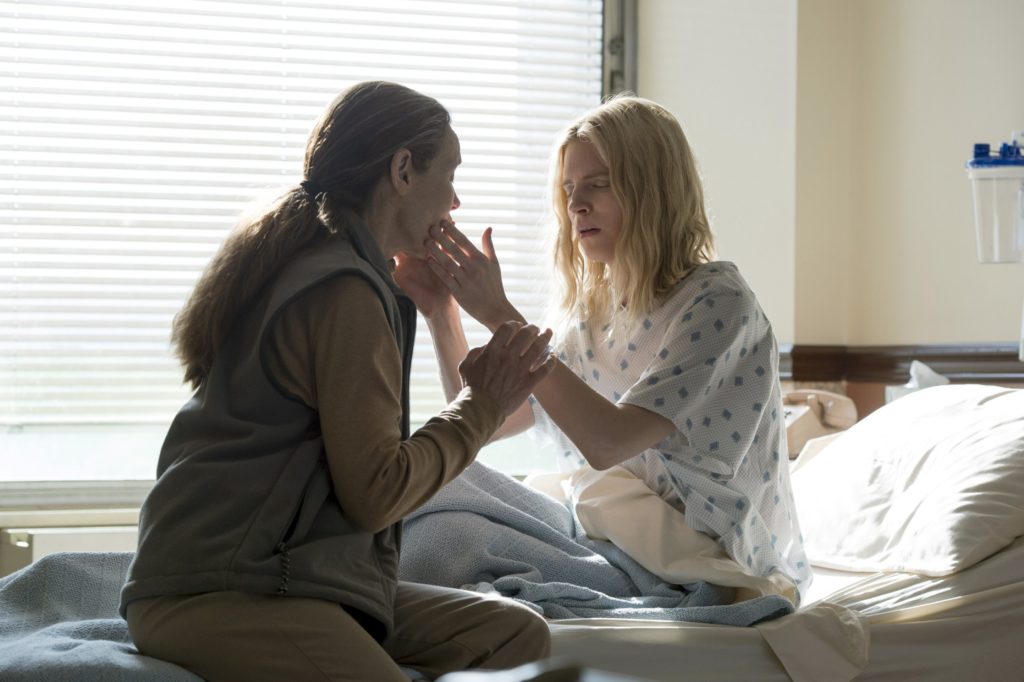 The OA tells the story of Prairie Johnson, a young blind woman that was abducted seven years ago, who is found jumping off a bridge into the water below. She survives the jump and returns to her hometown scarred, malnourished, and no longer blind. Prairie is reunited with her elderly adoptive parents who are eager to protect and care for their grown child. When they press her on what happened, Prairie relays confusing information, appearing either reserved or manic at moments. When interviewed by law enforcement agents, she is equally unhelpful and behaves as if she wants to return to her imprisoner. Prairie’s parents blame her unusual behavior on her history of mental illness and the trauma of being abducted. Though they are obviously frustrated with the disconnection they have with their daughter, they try their best to support her. Prairie, however, has a hard time accepting their support and is set on returning to her captor. She ends up recruiting five townsfolk to help her complete this task, though her motivation for wanting to return isn’t immediately revealed.

The recruits are a mishmash of five struggling souls with dysfunctional families. There’s the depressed and grieving high school teacher; the dopey stoner kid with a lazy mop of auburn hair; the violent and unstable drug dealing high school bully, the transgender boy whose father refuses to use the proper pronouns; and the honor student tasked with caring for his siblings and unstable mother. In preparation for the mission, Prairie meets with the group in an abandoned house during the wee hours of the night and tells them her life story and abduction experience. As her story progresses, from her near-death experience (NDE) as a young girl in Russia, to her imprisonment by a scientist obsessed with NDE’s, she eventually reveals that she wants the group’s help to rescue the abductees she left behind. One of these abductees is the love of her life: Homer.

Two stories are told over the course of The OA. The first focuses on Prairie’s impact on her small suburban town, and the second narrates her experiences as an NDE survivor/orphan/lab experiment. Her impact on the town is mostly isolated to her recruits. Prairie’s ability to read and empathize with people is her greatest strength, a skill that she uses to bond with her gang of misfits. Her recruits serve as confidants to her horrific experience and bond over the re-telling of her life. Supporting Prairie as she unloads her incredibly emotional experiences makes them stronger. It allows them to grieve and accept themselves, creating a feeling of family that they all sorely need. Prairie benefits as well; telling her story is cathartic for her, resulting in a sort of group therapy situation.

The second story told over the span of the series focuses on Prairie’s imprisonment and her NDEs. Prairie’s NDEs allow her to travel to a different plane of existence. While there, she communicates with an angelic being she refers to as Khatun. It is during these interactions with Khatun that Prairie learns that there are different realities/dimensions, and that humans can access them through divine physical movements. This knowledge of the divine is what the show’s antagonist is after, providing its strongest character: Hap.

The character development of Hap is interesting. Instead of being portrayed as the typical “evil scientist,” Hap is layered and complex. He believes in his work and is willing to sacrifice his humanity for the knowledge of what happens after death. Hap is introduced as a doctor who meets Prairie while she plays violin in New York City. He is initially shown as a charismatic and inquisitive scientist who is kind to Prairie, engaging in thought provoking conversations while slurping down oysters and noshing on fries. During their introduction, Hap learns that Prairie had an NDE as a child, and she learns that he is an NDE researcher. It’s not long before he’s won Prairie’s trust, and she agrees to participate in his NDE study.

This is when the show takes a dark turn, revealing that Hap keeps his “study participants” imprisoned underground in glass cages. He kills his subjects repeatedly (there are five of them), gathering data from their experiences, attempting to map out the supernatural terrain of the beyond. Hap is cunning, unpredictable, and manipulative in his pursuit, qualities that leave Prairie and the other captives terrified. This terror unites his victims, who under the guidance of Prairie and Homer, set about trying to escape Hap through dimensional travel.

The OA strives to examine the utility of myth, what makes family, and how people deal with trauma. It also looks at how the power of belief has the potential to save lives, which is illustrated with a “flash dance” moment that thwarts a school shooting (I can’t explain this. You’ll just have to take it at face value).

The mythology of The OA is tied to Prairie’s retelling of her life and her abduction. Many elements of the story have supernatural components, making one wonder if she’s telling the truth, or simply using escapism as a coping mechanism. Other aspects of her account, such as the abductees having similar characteristics to the team of misfits she’s put together, suggest that her mythos is meant to help them just as much as it’s meant to help her. However, Prairie’s story is told with such earnestness, you can’t help but wonder if the fantasy of it is true. This is a question that isn’t quite answered during the show, with the final episode providing tidbits of information suggesting that her story is just as much a lie as it is true. 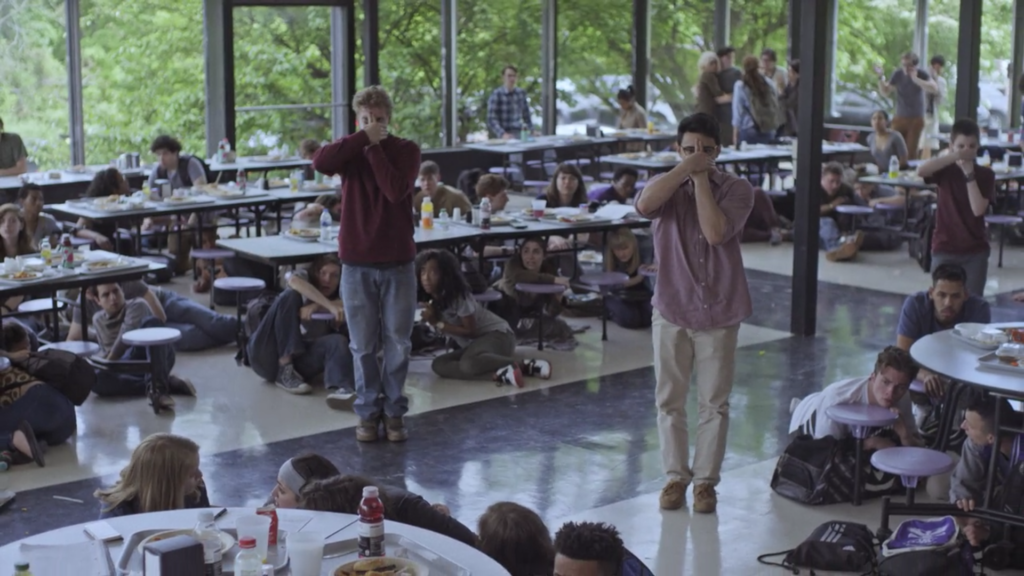 The open-ended conclusion of The OA isn’t what made it feel like a beautifully filmed let down. Stranger Things proved that ending a show with “What the hell just happened?!” can be deliriously good. The difference with The OA is that its conclusion was abrupt, and the means in which it ended (Prairie getting shot at the end of an interpretive dance sequence), questions the validity of her universe. I get that this is probably the point of the series; to make viewers contemplate the unknown and have faith in the human spirit.

I just think that some of its magic was lost in translation… probably during that dang ecstatic dance number.

Jahkotta Lewis is a professional archaeologist, an amateur astronomer, and an aspiring writer. When she is not documenting Pacific Island archaeology, she spends her days hiking through native forests, spelunking within the depths of an active volcano, and watching/reading all things fantasy and science fiction. (The Flash and Arrow)