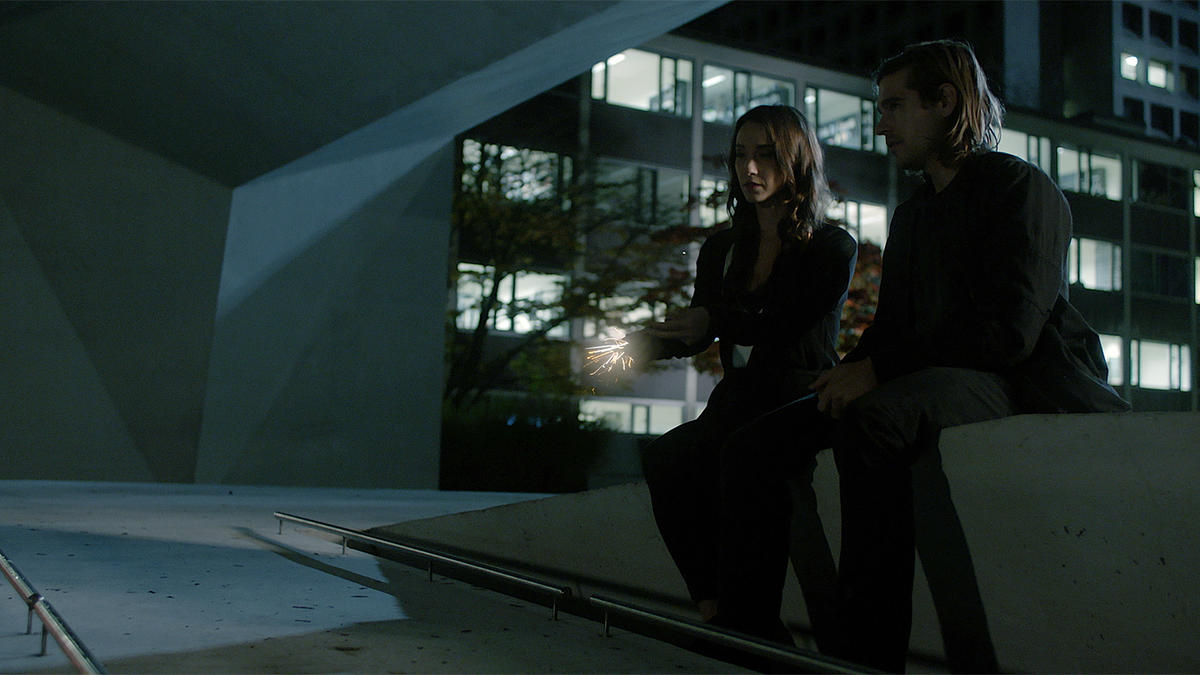 Let’s dive into the final two episodes of The Magicians Season 2.

Hakuna Matata – probably not the best way to rule a kingdom

So they have Alice’s shade, but Mayakovsky isn’t being very helpful. Thankfully Quentin finally stood up for something and yelled at him for being so self-serving. I guess when it comes to Alice, he’s willing to step up and be assertive. It is a little weird seeing him interact with Alice’s shade since their feelings for each other aren’t conducive to a kid/adult relationship. I can appreciate how he treats her like a little girl he cares for so that it doesn’t seem creepy.

The random drug sequence with Migos playing as King Josh signs things into law was…interesting. But seeing them with the munchies at the end was funny. 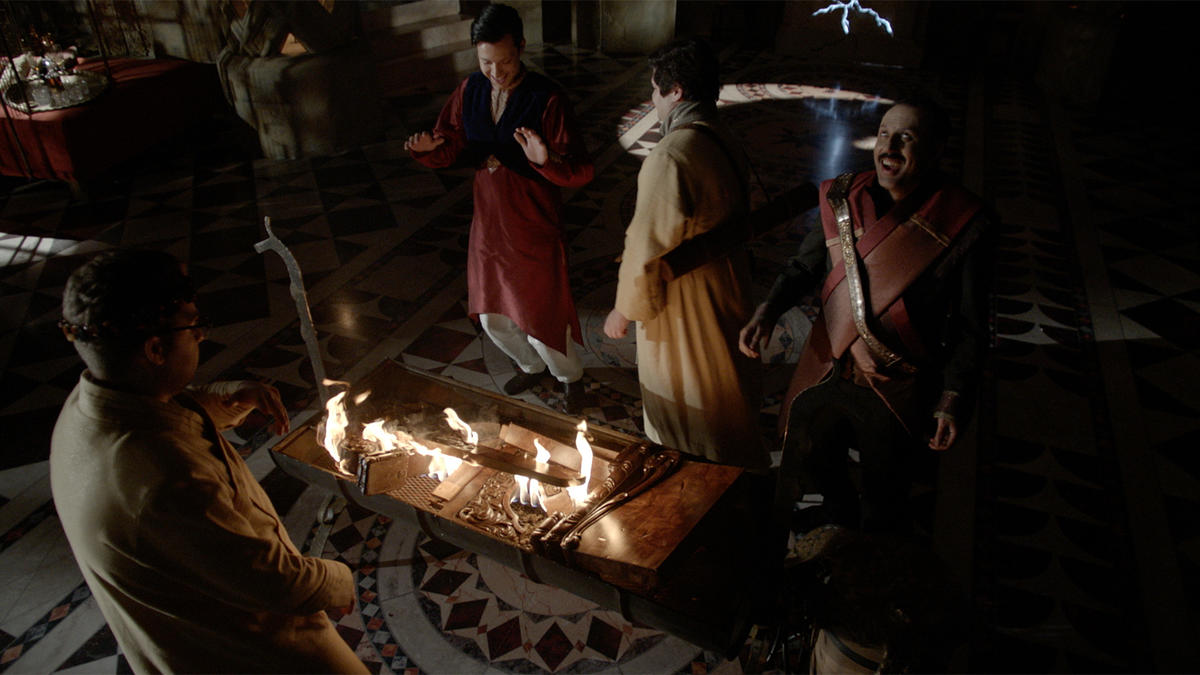 I forgot just how angst-y Alice could be, but now that she has her shade, I remember. Now she’s angst-y and super pissed off.

It is kind of annoying that the whole Reynard story line is built off of a jilted lover. I was hoping there would be some larger purpose for his behavior. But, alas, it was just a man angry that his girlfriend left him. At least there’s a man behaving poorly because he was left by his lover and not a woman. I can appreciate the more equitable storytelling.

It’s good seeing Eliot and Quentin together again. They have a connection that’s nice to watch. And they managed to find Umber, Ember’s brother. 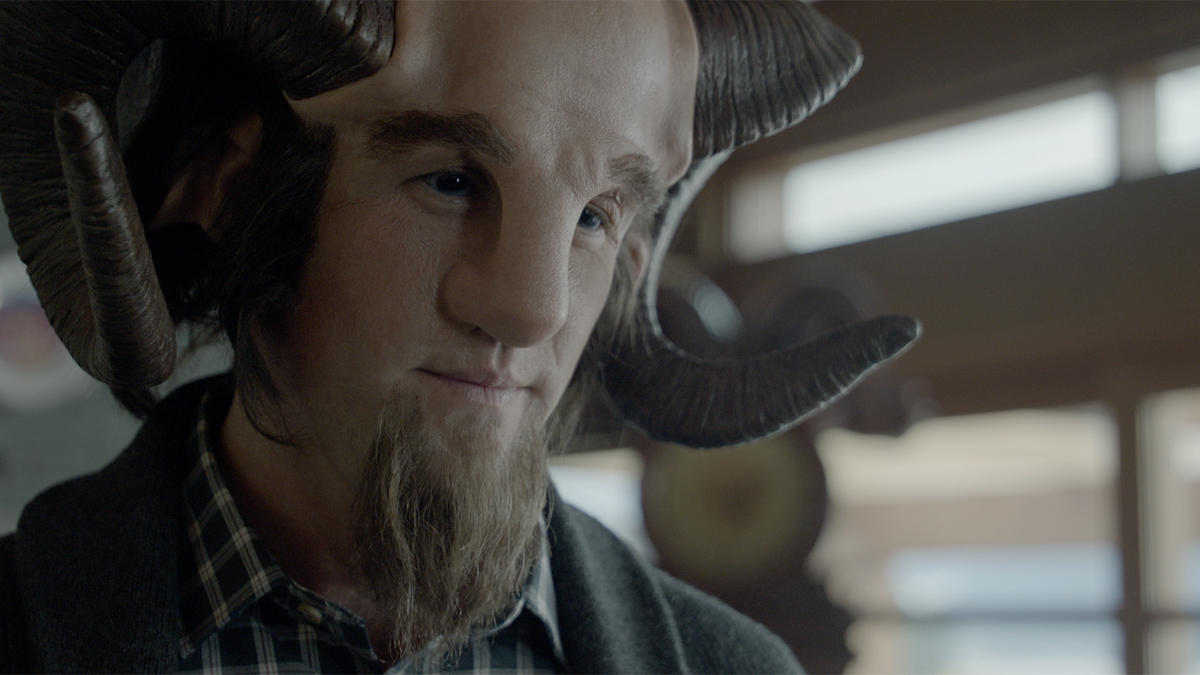 I figured that Reynard would use the power of his son to take of the world or something, but he killed his wife instead. Now he’s made Kady kill him so she could harvest his power. Poor Kady will probably be negatively affected by what he made her do. At least now they have the power to kill Reynard.

I kind of figured the poison room would have something poisonous about it. I never figured it would be a room legit filled with poison though. Interesting.

The conversation with Umber is doing a nice job of answering lots of questions. Ember turned everyone to rats on a whim. He and Umber created Fillory, but they’re both over it and ready to move on to create another world. So now it’s time for Eliot and Quentin to fight for it. It’s good seeing him and Quentin step up. 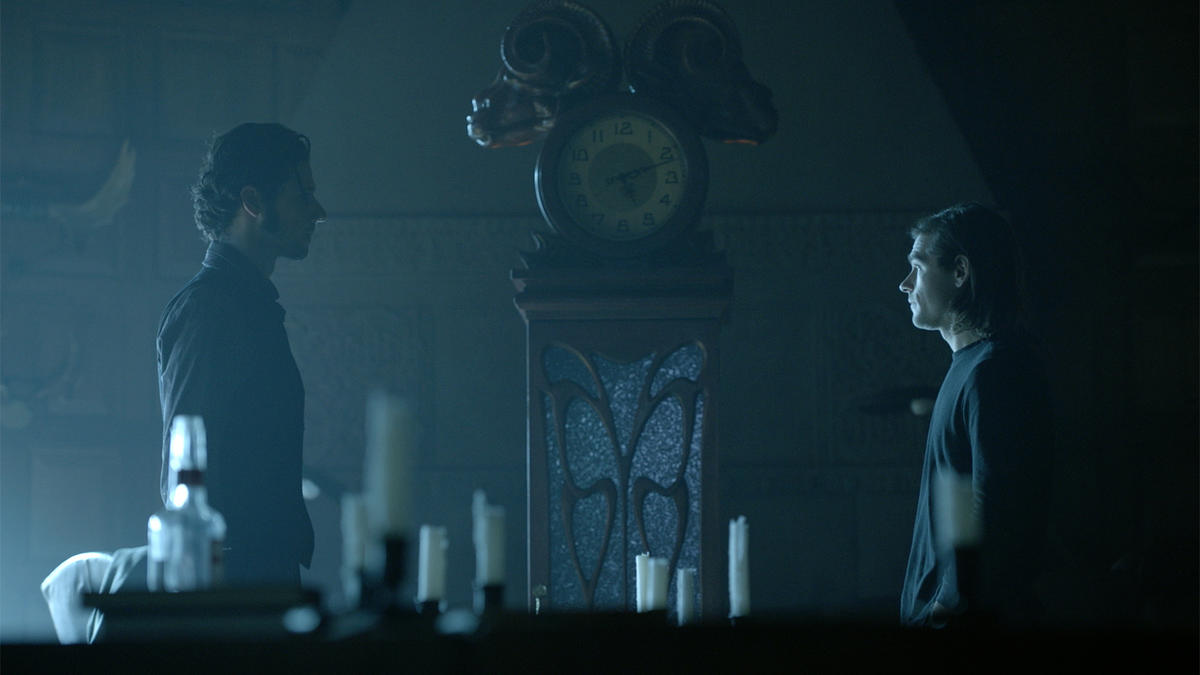 It’s also good seeing that Kady brings out the humanity in Julia. I can always appreciate a good friendship story featuring women. They both have mutual respect and love for one another. They’re willing to go into life threatening situations to help each other.

And now the truth is finally out. The Goddess Persephone isn’t a woman who jilted Reynard. She’s his mother. So the rage he has makes a bit more sense. He felt abandoned by his mother. That explains the depths of his bad behavior. It doesn’t excuse it, but now it makes a lot more sense.

It’s nice to see Julia get her shade back at the end of her confrontation with Reynard! While I enjoyed watching shade-less Julia, I can appreciate her getting it back.

It looks like there will be an attempt to reclaim Fillory after all. I’m interested in seeing how that turns out.

When it hits the fan, it splatters

So we start this episode by hearing from Umber who has orchestrated everything that happened in the show. Well, he orchestrated everything except for Martin becoming the Beast, which definitely put a wrench in the fun he was having with the Fillorians. Well, it might have put a wrench in things. It sounds like it gave him some excitement. He’s essentially toying with all of them as if they’re mere puppets. 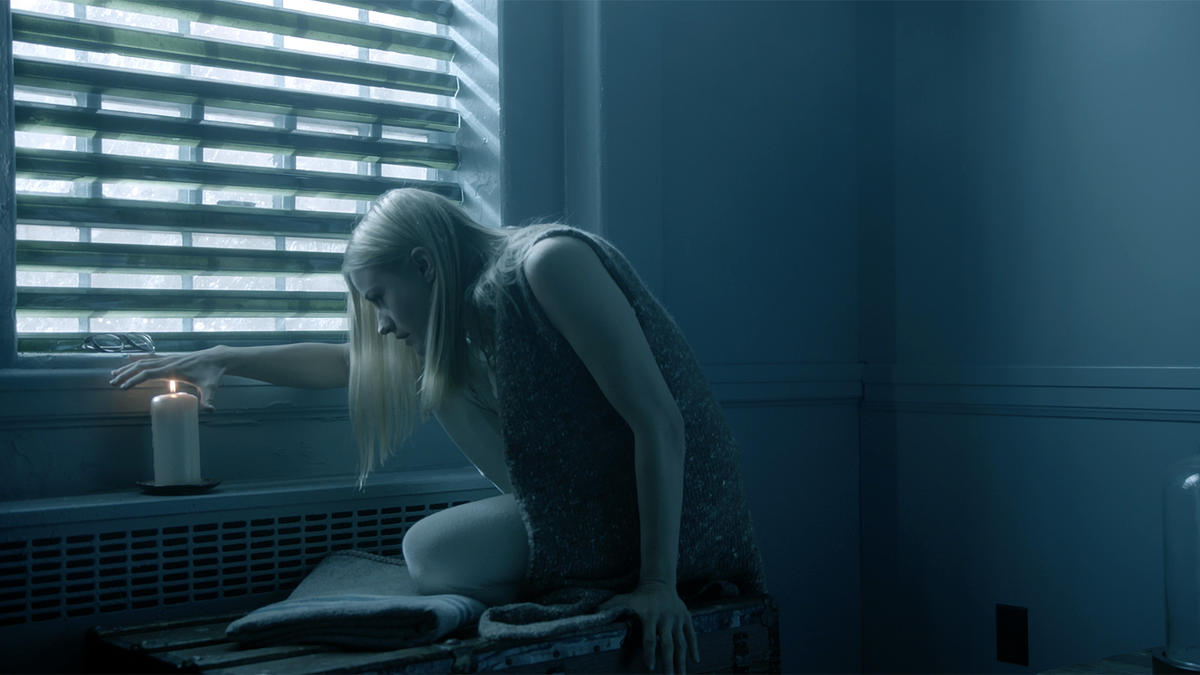 But now Penny is dying after his visit to the poison room, Kady is spiraling after what happened with Reynard, Alice is trying to injure herself and Julia is dealing with her feelings now that she has her shade back. Things aren’t looking too good for the Brakebill’s/Fillory team. 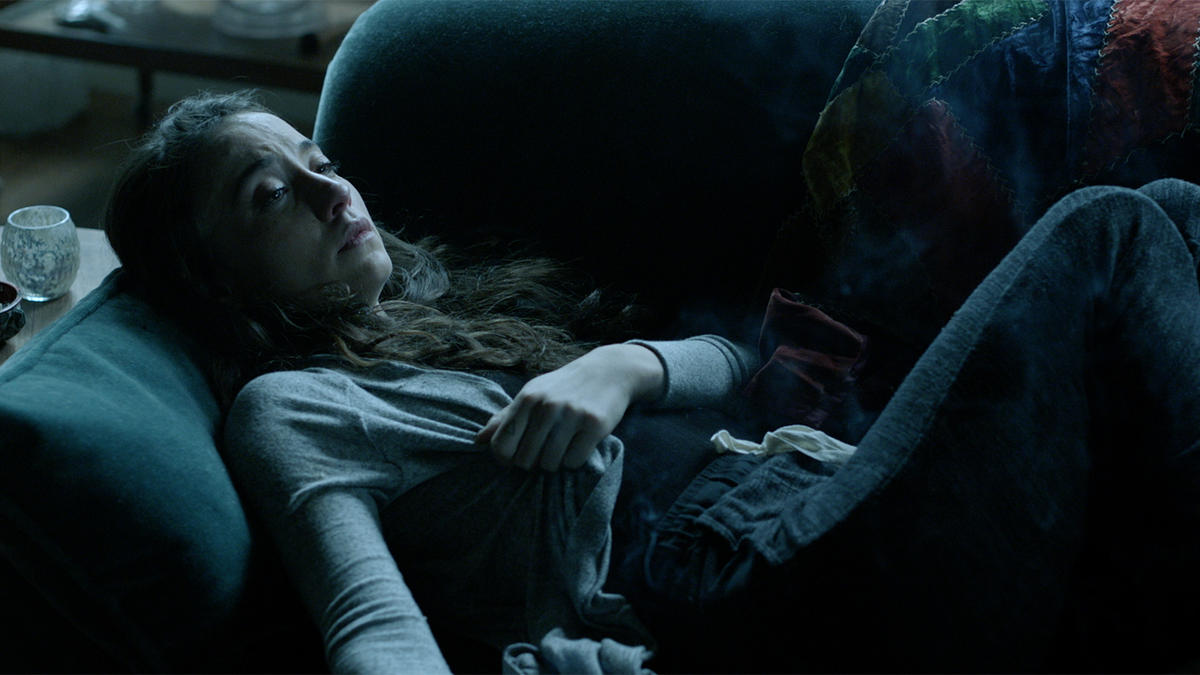 It is nice to see penny and Kady have a real moment together, well before the library takes him. His work hours are pretty inconvenient. But at least he was able to speak to Eliot and give him a heads-up about what’s coming.

But there’s no time to let the sadness of things take over, even if just for a minute. They have to come together to save Fillory before Umber destroys it all. In true Brakebill’s fashion, they do it with a party and some subterfuge.

I can’t help but appreciate how the fairy Queen was luxuriating in a tub filled with milk and rose petals as she gave them the ammo to handle Ember. It was so ridiculous but appropriate at the same time. 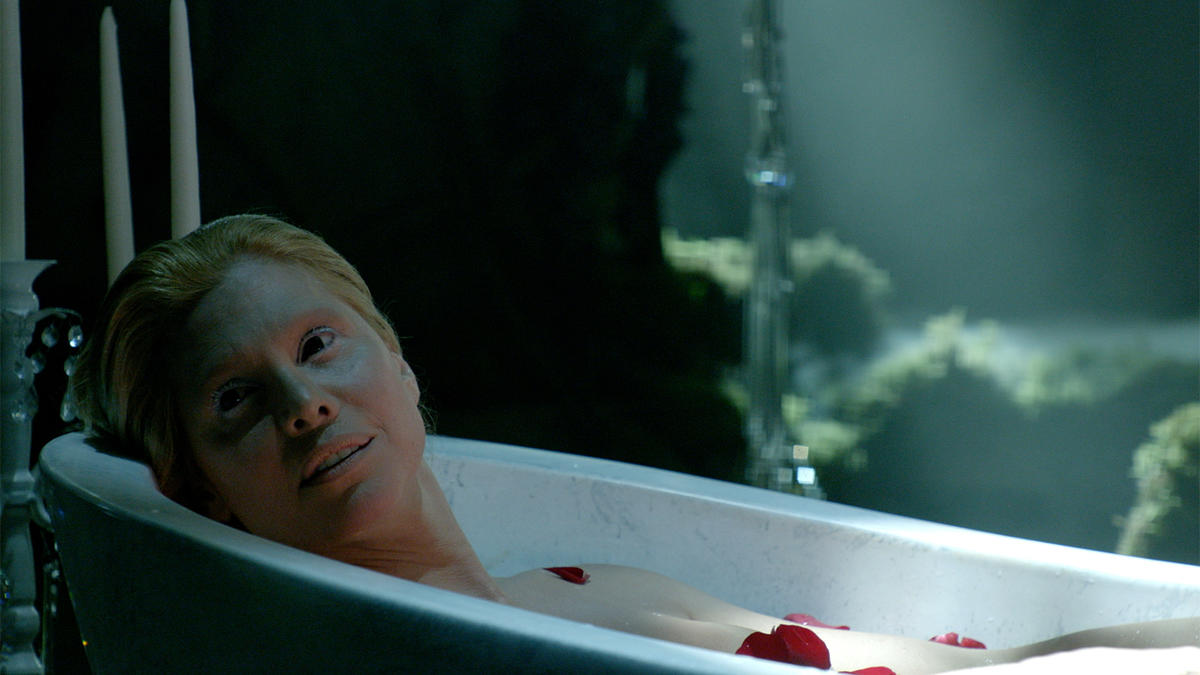 Margo’s eye cover was pretty dope. Leave it to her to turn losing an eye into a high fashion statement. I’m here for it. I’m also here for her and Eliot having a real friend moment and realizing that their choices changed their friendship, but it hasn’t ruined it.

Ember and Umber make me think of the stories of Greek and Roman gods with human traits while having omniscient powers over earth. So their argument with ends with Ember killing Umber makes complete sense. I admit I was intrigued to see Quentin take the sword that Julia made to kill Ember and use it himself.

That’s where things took an interesting turn. Seeing Quentin and Alice back together was nice. Seeing Kady working to save Penny’s life was also nice. Finding out that there are old gods who are parents of gods like Ember and Umber who see humans as mere cells was odd. Finding out that there’s a plumber who can turn magic off like the water was also odd.

So now magic is gone but Brakebill’s continues on, Alice’s behavior as a niffin is coming back to haunt her and the fairies are in Fillory. Things are far from better for the Brakebill’s/Fillory team. At least Julia has managed to rediscover magic.

I’ll be waiting to see how things will play out in season 3.

I didn’t love how things ended, but I’m glad to see that there’s another season on the horizon. How about you? How did you feel about the finale?