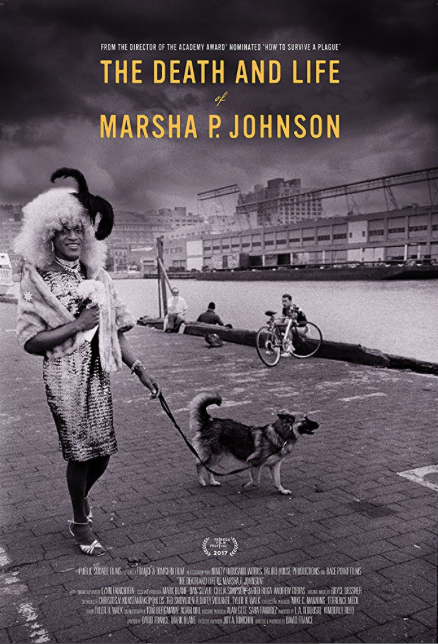 Netflix’s latest documentary, The Death and Life of Marsha P. Johnson sheds a light on the transgender women activists. A searing look at how American society treats the civil rights leaders who put their bodies and their freedom on the line for the greater good, this film stirs a fire for action.

Trigger warning before you read further, this article does contain content about violence towards trans women.

Director, David French explores, not just the tragedies of the past, but the continued injustice trans women face today. The documentary is a combination of Johnson’s life starting at the Stonewall Riots in 1969, to just a day before Marsha P. Johnson’s body was pulled from the Hudson River, interwoven with the journey of Victoria Cruz’s search for justice, as she tries to find out what happened to the local icon.

Who Was Marsha P. Johnson? 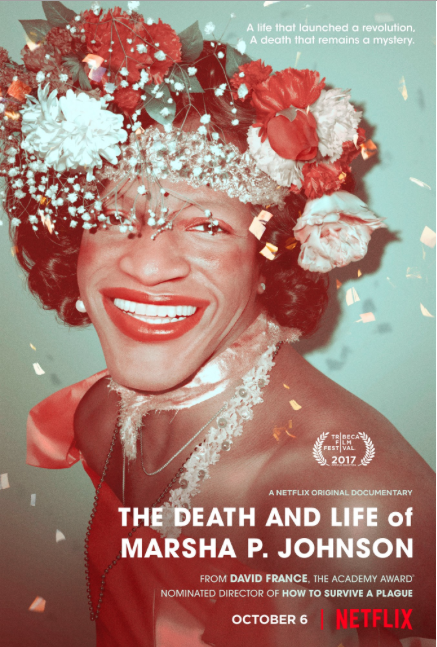 She was a mother to many. In the early 70’s, she created STAR house, a home for trans youth. The facility was run with her best friend, Sylvia Rivera. For three years, they were able to provide safe housing for kids who were thrown out by their families. Johnson didn’t have a job and would often prostitute herself to help support those around her.

Johnson’s bright smile and sugar-filled voice were quintessential queer New York. “If you were gay and living in queer New York, during Marsha’s lifetime, you knew Marsha,” France said. She was a woman known for giving away her clothes. If someone complimented her scarf, she would remove it from around her neck, and hand it to them.

It was that spirit that led many to call her a saint. She was a muse to Andy Warhol. Ms. Johnson helped light the city on fire during Stonewall and marched in the first Gay Pride Parade. When her light went out, the community, which she helped free, couldn’t get justice for her.

We All Killed Marsha P. Johnson

We don’t know what happened to Ms. Johnson. The film is structured around four possible conclusions. The first theory is she may have fallen into the Hudson River. The Christopher Street pier was dilapidated in 1992. Just a few years later, they were completely torn down and replaced with highrises and a park.

The second theory is that a car full of Johns, seen cruising earlier that night, could be responsible for her death. Several of the working girls saw Johnson climb into the car. Many of the women felt the car full of “guidos” were looking to get rough. Others thought the men might be part of the mob.

Theory number three is that Johnson’s roommate, Randy Wicker, pissed off the mob. Wicker was trying to gain control of the pride festival. He believed it was still under mob control. The mob had long been involved in businesses that pandered to the gay community. In a double profit, they could sell liquor to gay men, which was illegal. Then, when the police would conduct a raid, money would exchange hands and only the LGBTQIA identified members would go to jail.

Some of those interviewed, believe that it was the police. Officers had a reputation for beating up trans women for fun. At one point in the film, Ms. Johnson has a reporter record the stories of her friends. They detail their experience with police brutality. It is challenging to listen to because the stories are so familiar. The tape was brought to police. Cruz was informed that retired officers could not be charged with police misconduct.

This runaround, the games, and a lack of answers informs the idea that everyone was complicit in what happened to Marsha P. Johnson. But perhaps even more heartbreaking is that it’s happening again. This time in record-breaking numbers.

“This year, twenty-one trans women have been reported as murdered. Twenty of those women were women of color,” French said. Cruz, who is retiring from the Anti-Violent Project in New York, which helps trans women navigate the court system, wanted to complete one final goal. “If we can’t find out what happened to Marsha, what hope do the rest of these women have?” Cruz asked.

Throughout her journey, Cruz is able to learn a great deal. She tracks Johnson’s last week on Earth with credible eyewitnesses. She finds the officer who was in charge of the case. She gets the autopsy. But in the end, there is no solid answer. 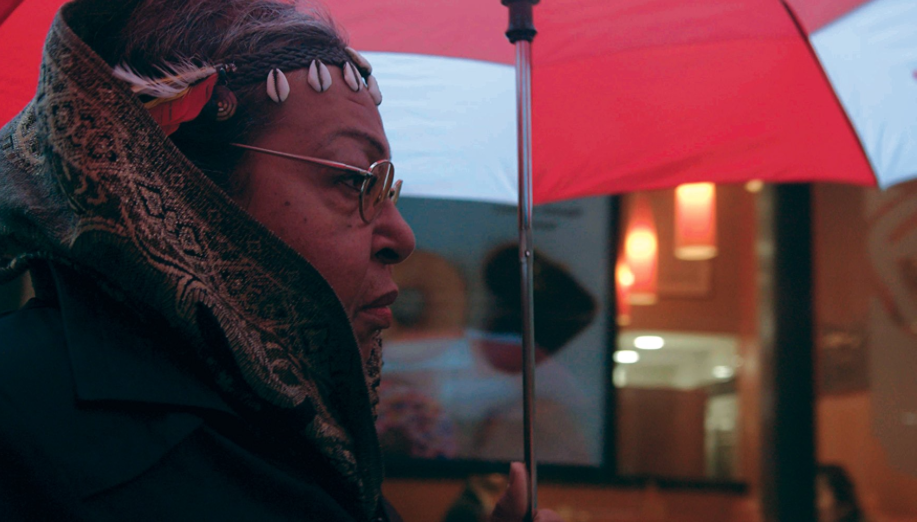 There is a piercing hopelessness to the film. Cruz is attending a trial for a trans woman killed by a man who pleads the panic defense. This is a frequently used defense amongst cisgendered men who claim to be so shocked at learning the person they’re speaking to was assigned the male gender at birth that their only reaction is to kill the person. It’s ridiculous but it works. The man on trial received twelve years for stabbing a woman over twenty times instead of the possible twenty-five.

When Cruz goes to her director, at the Anti-Violence Organization, to ask for more time to solve the case, she is met with a moral dilemma. Is the fight for Johnson’s justice worth the time and resources the organization is using to help fight active legal cases? It is an impossible decision to make. Cold cases pile up at nearly the same rate that trans women are being killed.

France is pointing at everyone who claims to be an ally and challenging them to do something. The million little stabs of micro-aggressions throughout the film highlight the plight and invisibility of the trans community. Whether it is a retired officer hanging up on Cruz mid-conversation, Johnson’s family misgendering her after death, or the naivety of Ms. Johnson’s roommate taking on the mob, we all killed Marsha P. Johnson. We stand by and watch our sisters be murdered in record numbers and do nothing. There will be more Marsha P. Johnson’s if we don’t react. We cannot wait one more day.