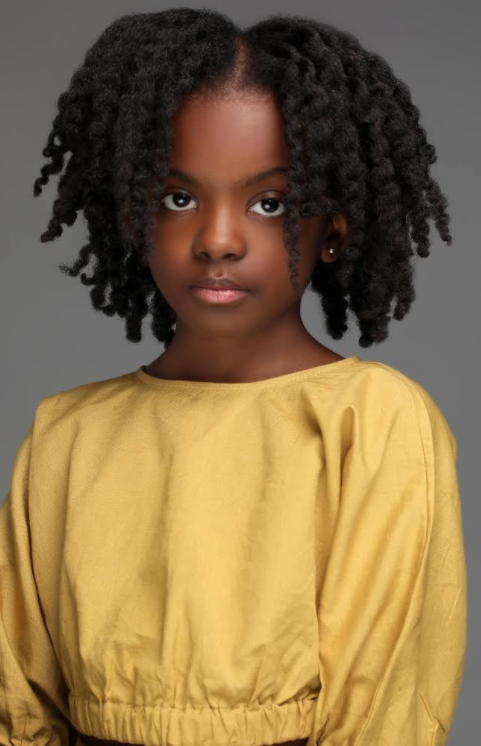 Who is Melody Hurd? Aside from being an adorable 9-year old girl and a Maryland native, Melody Hurd is a young emerging actress stepping into the talent scene. Hurd can be seen in productions like Them, Battle at Big Rock, Fatherhood, and Trick. They say all good things come in threes because, in addition to being a talented actress, Hurd also comes from a family of talented sisters with musical names. She has an older sister Lyric, who appeared in the Netflix biopic Roxanne Roxanne, and a younger sister Rhythm, who recently played a younger Melody in a Netflix film. Melody is a talent to look out for and is in fact a triple threat!

If you’re an avid Netflix viewer or a drama fanatic, you may have seen Hurd star alongside comedian Kevin Hart and DeWanda Wise in the number one Netflix film Fatherhood. In Fatherhood, Hurd plays Maddy Logelin, the daughter of a single father Matt Logelin (played by Hart), who must raise his child after the sudden tragic death of his wife Liz. Throughout the film, Maddy tests her father as he adjusts to life as a single father of a young girl. From when Maddy is in diapers to when she reaches school age, her father is emotionally tested by his peers, colleagues, and himself as to whether he can raise a child on his own. He ultimately has to believe in himself and challenge his own way of thinking to overcome any obstacle that may stand in his way.

In Fatherhood and projects like Them, Hurd has proven to viewers that she can act well beyond her years by taking on dynamic roles and making appearances in mature dramas and thrillers. In the Amazon horror anthology Them, which is centered around heavier topics like race, a Black family recently moves into an all-white neighborhood in Los Angeles. In this thriller, Hurd took on the role of Gracie Emory.

Both Fatherhood and Them are productions that depict Hurd’s strongest roles yet. In Fatherhood, Hurd is working primarily with seasoned adult actors and is able to work well with their energy and deliver; these are all qualities of a successful child star who has the potential for a promising career. While Fatherhood had its comedic moments that brought light to audiences worldwide, the scope of the film dealt with single fatherhood as a Black man that is often only explored through a narrow lens in the general media or films specifically. Hurd’s charismatic portrayal of Maddy through her on-screen connection with co-star Kevin Hart allowed viewers to see an authentic bond between father and daughter. The audience sees Hurd depict both the ups and downs of family life. This on-screen connection shows a relatable learning and re-learning experience that many parents must endure after the loss of a family member. Hurd does an excellent job of bringing emotion to the storyline. Her ability to take on emotionally charged scenes through her portrayal of Maddy showcases Hurd’s skill as an actor and ultimately sets her apart from other young actors.

Having developed a knack for acting at a young age, it’s no doubt that Hurd’s talent helped escalate the film Fatherhood to reach number one on Netflix. Recently, the young star dished out on Fatherhood as the number one movie, the ups and downs of acting, and what it was like to play Maddy.

How did you feel finding out your movie was number one on Netflix?

Well at first I didn’t know I thought it was number two, but when I found out I was in shock. I told my sister and they were like, oh my gosh! So I was really excited.

What was your favorite part about playing Maddy in the Netflix movie Fatherhood?

My favorite part is probably being tomboyish, that was really cool. It was fun because I’m not really tomboyish.

So you’re definitely more girly than your character?

Which were your favorite scenes to shoot during the movie?

Probably the playground one where I had to jump. I didn’t really fall on the floor. I had this mattress. But I am a little bit tomboyish, just a little bit.

Ooh, that’s a good one. I have two. First, is auditioning. Auditioning is really fun to me for some reason. I also like meeting the characters, so that’s two.

What is the hardest part about acting?

Do you have any other projects or movies coming soon that you can talk about? Or is it too early?

When you are not acting, what do you like to do for fun?

Even with an outstanding portfolio of work at nine years old, this young movie star is just like any other kid.