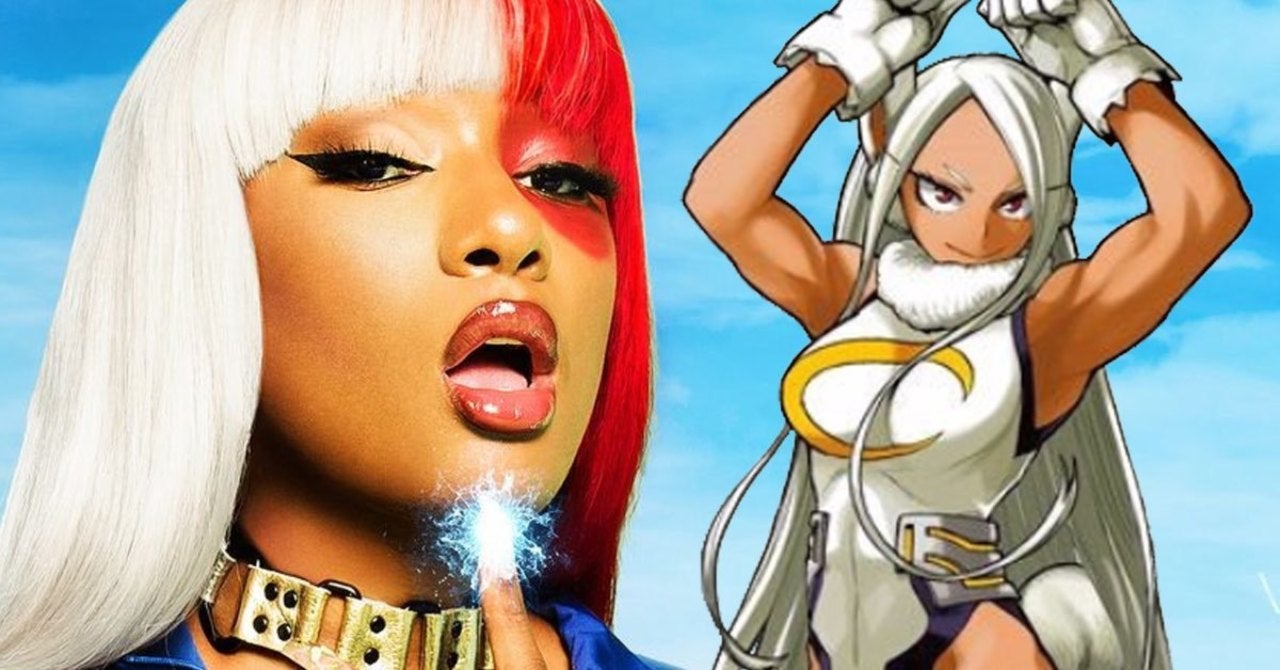 It’s so easy for people to consider themselves fans of Megan Thee Stallion since she’s made such an impact on the hip-hop scene over the past few years. Her first song “Neva” was posted to YouTube in 2018. It only racked in a little over 12 million views, which is pretty low compared to the YouTube view count she regularly gets these days. For some perspective, one of her more recent songs “Body” now has over 111 million views, and the song she collaborated with Cardi B on called “WAP” pulled in over 416 million views.

When it comes to having preferences on shows to watch, people genuinely care about Megan Thee Stallion’s opinion. She’s admittedly been super open about loving anime. When she’s not busy in the studio rapping catchy lyrics to hip-hop beats, she’s relaxing with some entertaining anime. According to ComicBook.com, she said, “I love My Hero Academia. I love Attack on Titan. I love Bleach. Of course, I love Naruto. I’m watching Black Butler right now. I’m watching Black Clover too. I just watch a lot of anime.” Here’s what her favorite anime shows are about and if they’re worth the hype.

My Hero Academia is a popular anime that’s gone on for 31 volumes so far based on a Japanese superhero manga series created by Kōhei Horikoshi. My Hero Academia tells the story of Izuku Midoriya, a kid who feels like he’s missing out on the wonders of life since everyone around him has superpowers except him. For some reason, he was born without powers. He spends his days dreaming of somehow obtaining powers himself in order to better blend in with everyone around him.

Attack on Titan is an anime show on Meg’s list based on a Japanese manga series created by Hajime Isayama. The titans in this show exist solely to devour humans and act as nothing more than mindless beasts. Due to the gap in power between the Titans and normal everyday humans, humanity edges close to the brink of extinction until a group of survivors devises a plan to live on. They are somehow graced with a century of peace away from the Titans until one of their protective walls gets breached. The main character, Eren Jaeger, takes it upon himself to destroy every Titan on earth and keep the remaining survivors alive.

Bleach is another anime show Megan Thee Stallion enjoys that has gone on for 15 seasons starting in 2004. It tells the story of Ichigo Kurosaki who is born with the gift of seeing ghosts. It’s a gift he never wanted, yet he’s forced to master it once he’s older. When a malevolent lost soul attacks his family, he must transform into the Soul Reaper instead of sitting back and watching the devastation unfold around him. Once he is the Soul Reaper, he dedicates his life to keeping innocent people safe and aiding tortured spirits towards the path of peace.

Naruto is extremely well-known, meaning most people have at least heard of it even if they haven’t watched it. It’s not surprising at all it’s part of Meg’s list of favorites. The Japanese manga series that it’s based on was written by Masashi Kishimoto. It tells the story of the titular character living life as a young ninja in training trying to gain validation from his peers by following his dreams of becoming the leader of his entire village. This anime fits in the adventure, fantasy, and comedy categories, proving how well-rounded it is.

Black Butler is an anime series based in Victorian London about an orphan boy named Ciel Phantomhive who is only 12 years old. Losing his parents was a major devastation, but instead of wallowing in pity, he faces off against all possible terror to seek revenge for his parents’ death. Tracking down their killers with the help of Sebastian, a demonic Butler, becomes his main mission in life.

Megan Thee Stallion also mentioned that she enjoys watching an anime show called Black Clover. This is one of the more recent shows on her list since its first episode premiered in 2017. It focuses on individuals living in Clover Kingdom who are naturally able to use magic in their everyday lives. Two orphans named Asta and Yuno become inseparable after growing up knowing they were abandoned by whoever gave birth to them. They become a perfect team since Asta is unable to use magic while Yuno knows how to use magic well.

While haters all over the Internet have tried to criticize Megan Thee Stallion for liking anime for clout, she genuinely actually enjoys watching it. According to Teen Vogue, in October of 2020, she posted a picture in full cosplay with a caption letting everyone know she wants to be called “Yumeko the Stallion” as a way of paying homage to the protagonist of Kakegurui, Yumeko Jabami. There’s nothing “clout chasing” about Megan the Stallion’s anime interest. This is simply just what she’s into.