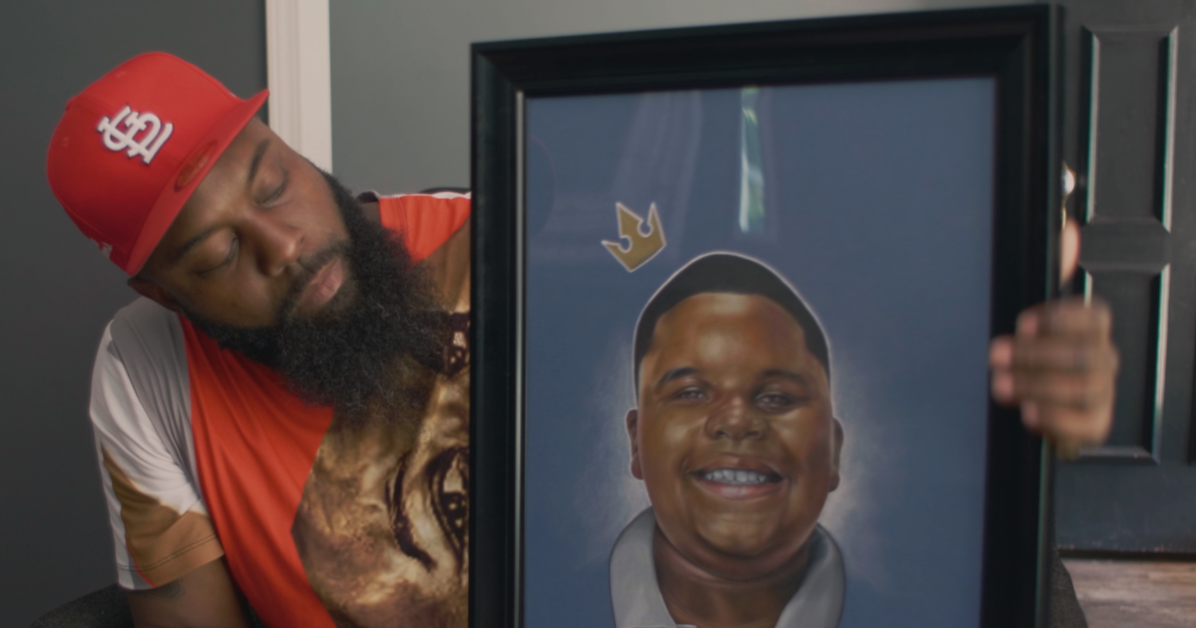 In August 2014, Michael Brown Sr.’s world was turned upside down when his son Michael Brown Jr. was shot and killed by white police officer Darren Wilson. The killing ignited unprecedented protests in the city of Ferguson, Missouri, as residents were outraged at the shooting of the unarmed 18-year-old. Unrest in Ferguson lasted for weeks and reignited when Wilson wasn’t indicted by the grand jury in the case.

Now viewers can see and hear Michael Brown Sr.’s story like never before in the upcoming PBS documentary Ferguson Rises. Filmmaker Mobolaji Olambiwonnu sheds light on the effects of racial injustice through the eyes of a resilient father. BGN had the opportunity to speak with Michael Sr. in a recent phone interview.

Tell us about your son. What did the world and media fail to communicate about who your son really was?

They dehumanized him. He was someone’s son, someone’s grandson, brother. He had people who loved him. He was the average 18-year-old, finding his way in life. Sadly the media tried to twist it a few times in the beginning. But I get it, they were going after whatever was put out there. But when the truth was actually able to surface, it was like no one really wanted to hear or see that. So I just feel like it’s my duty as his father still to protect his character. And it’s just my position in life that I’m on and that I’ve been doing.

Losing a child is an already difficult process. Tell me what your grieving and healing process has been like as you’re also dealing with your son’s death being known worldwide.

You will never heal from losing a child — you can only learn to cope. I’ve talked to someone since October 2014, able to get a few of my thoughts, my pain, whatever I’m going through, out. Her name is Dr. Faulkner. She’s a whole lot of help. She helped me basically balance it. I was able to get it off my chest, and she give me some very good advice on moving forward in my life. And keeping the legacy of Mike Brown Jr. alive. My immediate family, wife, mother, siblings, and my children have been a big help. To be honest, I don’t know where I would be really without them. They are the biggest support system I have.

You told your story like never before in the Ferguson Rises. Tell me about how the opportunity came to be and what made you say yes.

I met Mobolaji in 2015. He approached me about doing a documentary, about putting the story out. In the beginning, I had a lot of stuff going on mentally. Actually, I forgot that I had agreed to do it. Those years were very stressful. He would come in town and try to get footage and stuff. Sometimes I just wasn’t in the mood to do anything. So I would just say it was a process, and it wasn’t him. It was just me getting myself in a better space where I can be able to be of assistance to him because he couldn’t do the work really without me. To know Pop’s perspective of what went on and what he’s going through and what he’s been through and where he’s at now, you really have to talk to the human being. I’m glad he did reach out to us. I’m very happy that I’m a part of this project. I think that he did a very, very good job.

I didn’t even remember saying yes. But the thing about it is I’m thankful that I did because at the end of the day, it puts a great light on what happened. For the people who didn’t really understand what was going on in Ferguson, they get an idea of action, the lies, the truth, the people, the community, the family structure. It gives so many points to the public so that they can get an understanding of how things can change someone and how it can build them back up and make them who they are.

What do you hope people take away from the documentary?

Definitely the truth. I always wanted the truth to be out there so people can really understand what was going on and can hold on to their seat for the ride of what went on in St. Louis. We don’t talk about the tanks, we don’t talk about the curfews. So much stuff that happened in that time wasn’t spoken. It’s like it happened, and then it didn’t happen. So the way he [Olambiwonnu] put it in play, I think the public will understand what really took place in St. Louis, Missouri.

It was frustrating to see [my son’s] name just getting run in the mud over TV back and forth over and over and over. It was just disappointing that it went from someone being murdered in the middle of the street to demonizing who the person was. This person was a human being — he did have a life. Eight days before he was killed, he had just graduated from high school. Just all the things that were done to take away from everything that was good. I remember hearing on TV like, “We’re tuning back into Ferguson, Missouri. The riots are going on. Look what Mike Brown is doing now.” It’s just the wording and stuff like that they’re just putting out. My son is in the morgue. How is he calling out rioting and telling people to destroy the city? I did a PSA to tell the people I want them to respect and come to a calm while we go through the time of grieving, but they still were trying to mix things in to make the whole family look bad.

In Ferguson Rises, you mentioned the media usually reaches out to the mother most in these scenarios. What part of your story do you feel has been untold for the last seven years?

I guess I have a voice now because I’ve been very vocal. Sadly, like I’ve said in the doc, they do reach out to the mother only. They don’t realize that a father, he hurts too. Overall it was taught to just take it, take it, take it, and that’s not good teaching for grieving parents. Eventually, we end up exploding or something bad can actually really happen. We hurt too. We have feelings too. I know we were taught to be that way. But is that healthy? That’s actually not healthy.