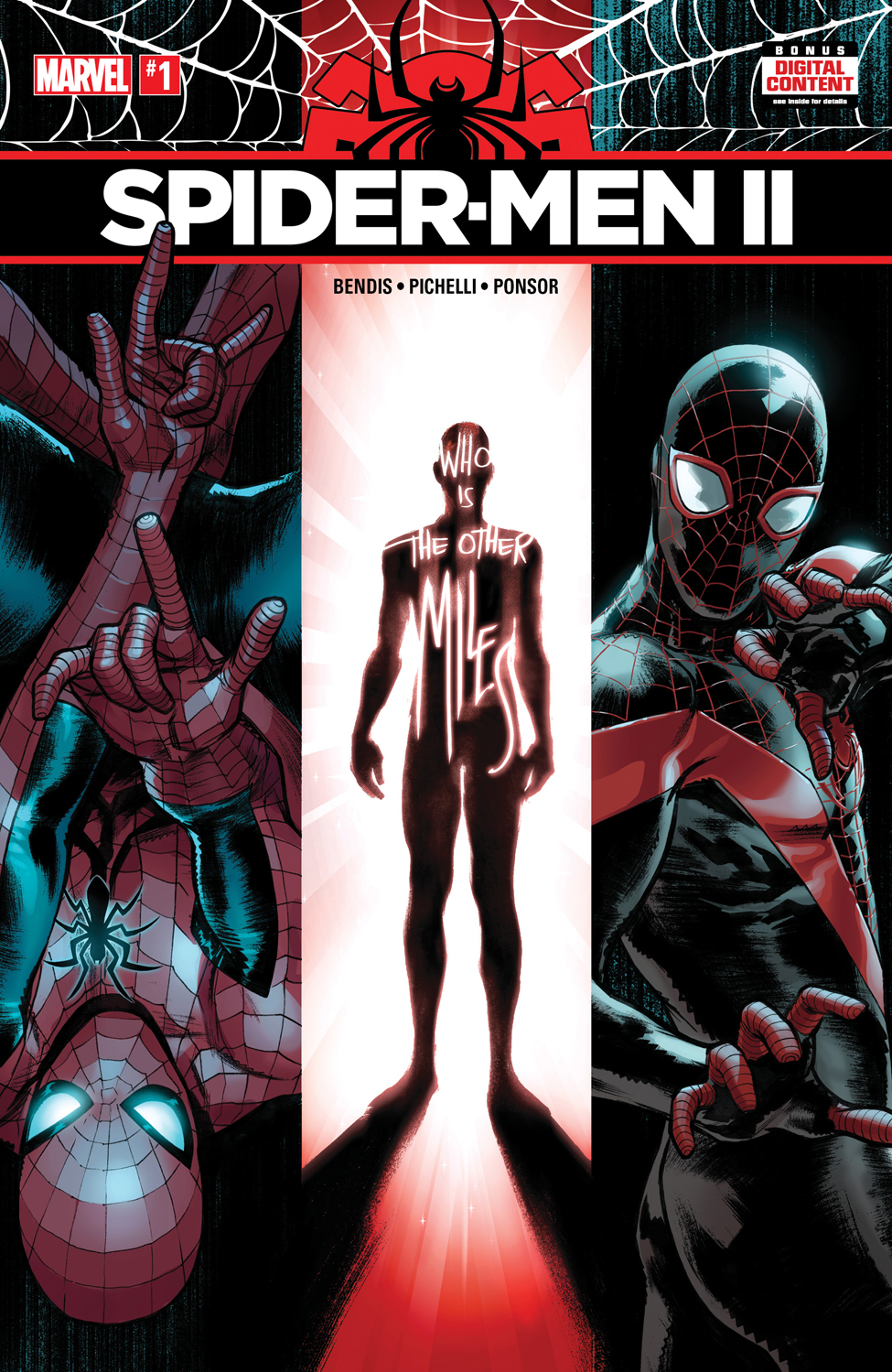 THIS IS IT, TRUE BELIEVERS! The moment five years in the making is finally here! The first time Peter Parker and Miles Morales met ended with a question — WHO IS THE MILES MORALES OF THE MARVEL UNIVERSE?! Now that the Miles you know and love is with Peter in the Marvel Universe, you’re finally going to get that answer to who the OTHER Miles Morales is! And that’s just the tip of the iceberg as Brian Michael Bendis (Defenders, Spider-Man) and Sara Pichelli (Spider-Man) bring you the next heart-stopping adventure for both Peter Parker and Miles Morales with Marvel Comics’ SPIDER-MEN II!

Speaking with Marvel.com, Bendis spoke towards Peter and Miles both holding onto the Spider-Man title in the Marvel Universe, “One of my favorite things about a shared universe, is that on top of what you’re writing for the characters, other things are happening to the characters, like now Miles is in the new universe, and now he’s a part of the Champions, and half of [Civil War II] was people fighting over his head, so things have changed in his life, and his relationship to the Marvel Universe is completelydifferent than it was in the first series and that’s exciting.”

Get ready for SPIDER-MEN II swinging into stores this July from Brian Michael Bendis, Sara Pichelli and Justin Ponsor and prepare for this sense-shattering tale by reading the first issue of SPIDER-MEN now for through the Marvel Comics app and in Marvel Unlimited!