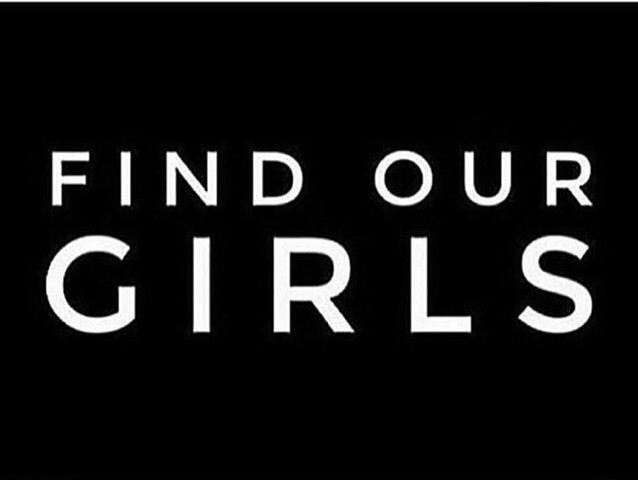 The teenage runaway is a romanticized concept in entertainment – you have your young protagonist running off, leaving home behind in search of some clarity, escaping abusive parents who don’t appreciate their talents, whatever have you. White girls making their escape for greener pasture is often framed for us to feel sympathy for the teen, however, with black and Latina girls, it’s a sign of their delinquency, an indication that they do not respect authority. (I’d recently read John Green’s Paper Towns before the DC Missing Girl’s story hit, and I had to ponder if readers would feel the same for Margo if she had been black or Latina).

Over the past week, social media has been ablaze with outrage over the stories of missing black and Latina girls not getting any coverage. This outcry came into effect after DC police initiated a practice of posting missing person flyers on Twitter as a means of finding them faster. The police have tweeted out 20 missing people since March 19th which gave the impression that the number of missing persons had gone through a dramatic increase since that time and that fourteen black teens had gone missing in 24 hours. 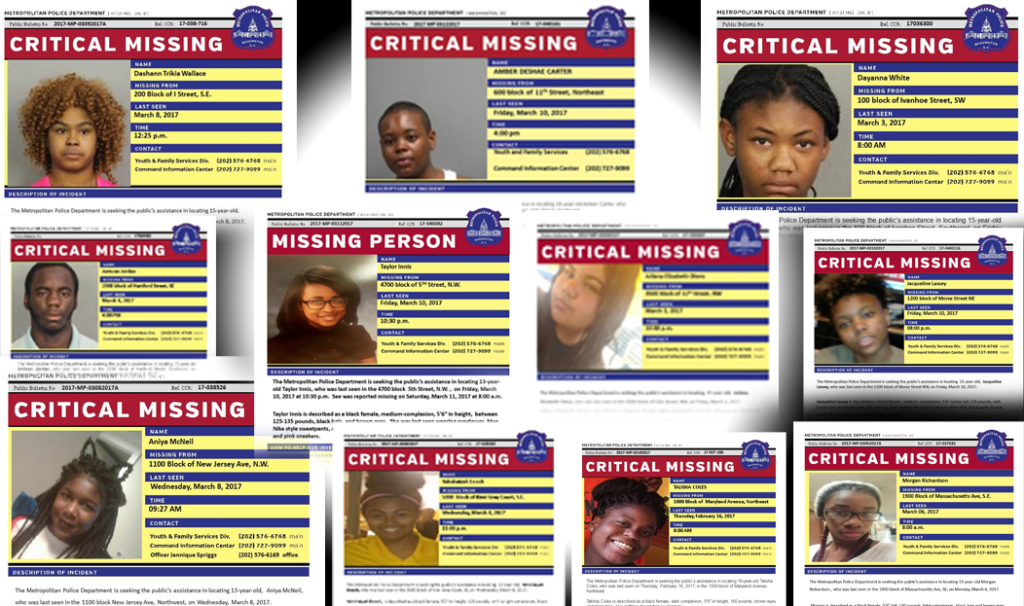 Metro Police spokesperson Karimah Bilal told NBC Washington, “Because of the number of releases, there have been concerns that young girls in the District of Columbia are victims of human trafficking or have been kidnapped.” However, there is no evidence to support that the girls were abducted and they firmly believe that the reported missing girls left on their own.

While there has been a host of misinformation spread about the missing girls in DC – the fourteen girls did not go missing within a 24-hour period but over the course of a few months – there is very little coverage of missing black teen girls. When black and Latina girls and women go missing, somehow, their stories get bypassed for something else, and I feel that this is because of society’s view of the ‘strong black female’ or the concept that black girls are ‘fast tailed.’ Black women can ‘fend for themselves no matter the circumstance’ and their suffering is often dismissed (black women face an increased risk in terms of their mental health) while black children and teens are ‘more provocative’ (the twerking debate is still alive and well and is being used to punish black girls’ bodies).

Right now, one could even argue that the misinformation was helpful – it caused the outrage necessary to prompt the news to cover the issue of disproportionally high number of missing black girls (according to the Black And Missing Foundation, 36.7% of missing people under 17 are black) and is encouraging lawmakers to take action.

Black Congress members called for the Justice Department to assist missing children cases in DC. The lawmakers asked Attorney General Jeff Sessions and FBI Director James Comey to “devote the resources necessary to determine whether these developments are an anomaly, or whether they are indicative of an underlying trend that must be addressed.”

“(W)hen children of color go missing, authorities often assume they are runaways rather than victims of abductions.”

“Often times these girls are repeat runaways. So if we want to help solve this problem and bring down the numbers, we have to break the cycle of young people, especially young girls, who repeatedly run away from home.”

Hopefully, this issue is going to stay in the light while people towards solving it and don’t just treat it as another hashtag to post on social media and forget about.

The Ultimate Guide to Clubhouse

Have You Heard of the Black Girl Nerds Community Page?

Diversifying Fiction Is Crucial in the Age of Social Media Activism