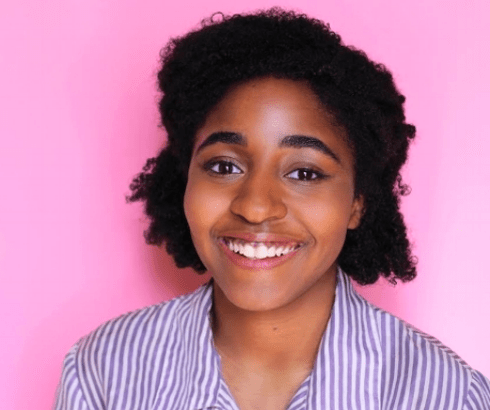 Ayo Edbiri has officially replaced Jenny Slate after her announcement to depart from voicing Missy in Big Mouth.

“I was definitely a very uncomfortable child, so I think the show speaks to that and a lot of those feelings, which still resonate with me as an adult,” Ayo Edebiri said. “I’m back home in my childhood bedroom right now and on my bookshelf in between ‘A Series of Unfortunate Events’ is Bill Clinton’s autobiography and Nelson Mandela’s autobiography and a translation of ‘The Iliad’ in Latin. I was a true dork. So I don’t think I have to go too far to connect with Missy.”

Slate will still be Missy in part of season four, but Edebiri has already recorded lines for season four as well. On top of voice acting, Edebiri has also joined the writer’s room, working on season five.

“As a writer, my goal is never to figure out, ‘Oh let’s get myself a part on this show.’ When I’m writing, I’m serving my boss’ vision and I want to be helpful in whatever ways I can be and lend my ideas and my jokes and whatever else they need to that,” Edebiri said. She continues “because I had the experience of being in the room and knowing the story, I think that helped with the comfort level” when joining the Big Mouth team.

“By the time we made the decision to cast Ayo, we had finished all of Season 4 and delivered it to Netflix,” he shares. The production team didn’t have time to replace all of Slates dialogue, explaining their decision to incorporate Edebiri towards the end“Ayo to have to start her journey with this part by matching what Jenny did already,” co-creator Andy Goldberg continues. “That’s not a way for her to make it her own.”

This shift is symbolic of the advancement of Missy’s character, and the creators of the show are supportive of this change.

“It’s about Missy’s continued evolution as a person — that she has all of these different parts of who she is. There’s the sidelines Missy and the more sexually adventurous Missy, mirror Missy, and then also this Missy that she’s been discovering [in Season 4] through hanging out with her cousins and really taking a look at her Black identity,” co-creator Nick Kroll said.