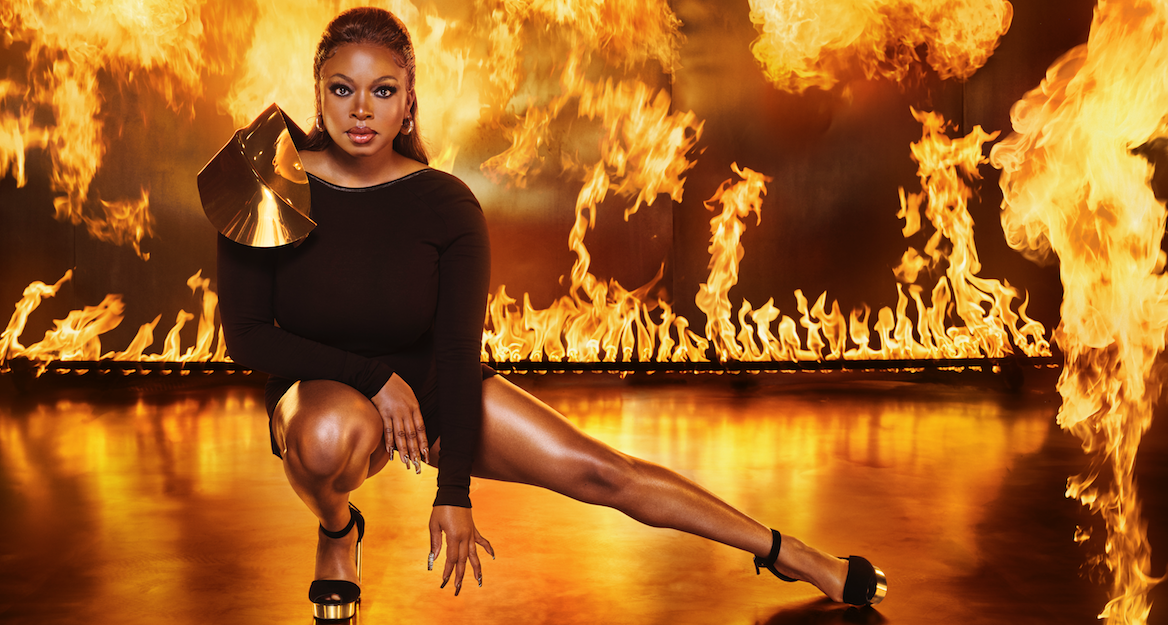 I love to root for an underdog. In the war between Britney and Christina, I was a Jessica Simpson. When all eyes were on Beyonce and Kelly, I loved LeToya Luckett. Normani was always the diva for me. The artists that I love the most are the ones who are readily left out of the narrative but refuse to give up. There’s something alluring about that type of tenacity and dedication, and along those lines Naturi Naughton’s journey for her art has been inspirational.

Formerly of the early ’00s R&B pop girls group, 3LW, Naughton’s career has been full of sidelining. While two of the three members — Adrienne Bailon and Kiely Williams went on to form the Cheetah Girls with Raven Symone and Sabrina Bryan — Naughton decided to pursue a solo career. After appearing on some soundtracks and single demos, Naughton took a left turn and found herself in acting.

She was cast as Grammy Award-winning hip hop artist Lil Kim in Notorious, a Fox Searchlight feature that lit the acting spark for Naughton. She went on to appear in the remake of Fame and episodes of Mad Men and has found acclaim with her role in the Starz hit drama Power and ABC’s Queens.

The new series stars Eve, Brandy, Naughton, and Nadine Velazquez. Eve, Brandy, and Naughton are all known for their musical prowess, being hip-hop and R&B idols during the late ’90s and early ’00s. It’s a thrill to see these legends we held so dear in our youth break back onto the scene like nothing has changed.

Queens follows Brianna, aka Professor Sex (Eve), Naomi, aka Xplicit Lyrics (Brandy), Jill, aka Da Thrill (Naughton), and Valeria (Velazquez). The four were in a hip hop group during the ’90s where their single “Nasty Girl” shot them to the top of the charts. Internal conflict tore them apart, but after 20 years, the women are letting bygones be bygones for another chance at their former glory. After their single reappears on the radio, the Queens are given the opportunity to perform at the BET awards with current hip hop phenom, Lil Muffin (Pepi Sonuga).

Once a thrill in her own right, Naughton’s Jill is a buttoned up housewife with a secret that threatens her entire way of life. And that may not be a bad thing. I had a chance to chat with Naughton over Zoom about her journey to Queens, her experience filming, and what’s next for the indefatigable star.

I love Queens and particularly your part in it! Tell us about how you learned of the role and what was it about Jill that spoke to you?

My agent called me and said, “There’s some interest for you in this new show called Queens.” I had a meeting with Zahir McGee, our creator/showrunner, [and producers] Sabrina Wind and Tim Story. I remember reading the scripts and telling them, “Y’all have something special! This is about to be racy!” I was so excited. What ABC is doing with Queens is so different from anything I’ve ever done as an actress. Plus, I get to rap!

When we see Jill, she’s very straight-laced and put together. And we get shades that she was an extreme party girl when she was with the other women. Is her current lifestyle the effect of that?

Yes, it’s interesting. When Jill was, you know, Jill Da Thrill in Nasty B’s in the ’90s. She was a thrill, she was a little wild, she had a little substance abuse, and she was definitely in the streets. She was hypersexual to prove that she could get any man and that all the dudes wanted her. But the suppression happens when she decides to marry her husband Darren [Emmerson Brooks]. She’s a devout Catholic and decides she’s going to put her former life behind her in order to be acceptable in her community. She starts to feel that’s chipping away at her.

In regards to her sexuality?

That’s when she realizes, “I can’t continue to hide my true self.” And her sexuality has been a part of that secret. Her coming out as a lesbian in the show was definitely something I was a little bit nervous about, but I wanted to tell the truth. People will definitely be shocked to see me in this role. And just like with any role that I take, I wanted to make sure I gave this something where she didn’t become a stereotype and was a real human and we empathize with her struggle to find herself.

Are we going to see her struggle with her own demons now that she’s back in the group?

I was actually just talking to Zahir McGee as a writer about some of the ways we’re going to see Jill get tempted to dibble and dabble into dangerous territory. Because she has access again; she has money and to all these people she’s become an icon and symbol for the LGBTQ community. Some of that gets dangerous. Just because you get your fame back doesn’t mean you get yourself back. A lot of times when you lose yourself — and this is what she warns Lil Muffin about [in the show] — fame will chew you up and spit you out. You won’t even know who you are anymore. So I think that’s one of the things that Jill is going to struggle with throughout this season, particularly her sexualty, but also her struggle to stay sober.

Your ’90s/early ’00s heart will flutter at this funny, heartfelt and ultimately uplifting drama. Queens is airing on ABC, Fall 2021, Tuesdays at 10 pm EST/9pm CT and next day on Hulu.