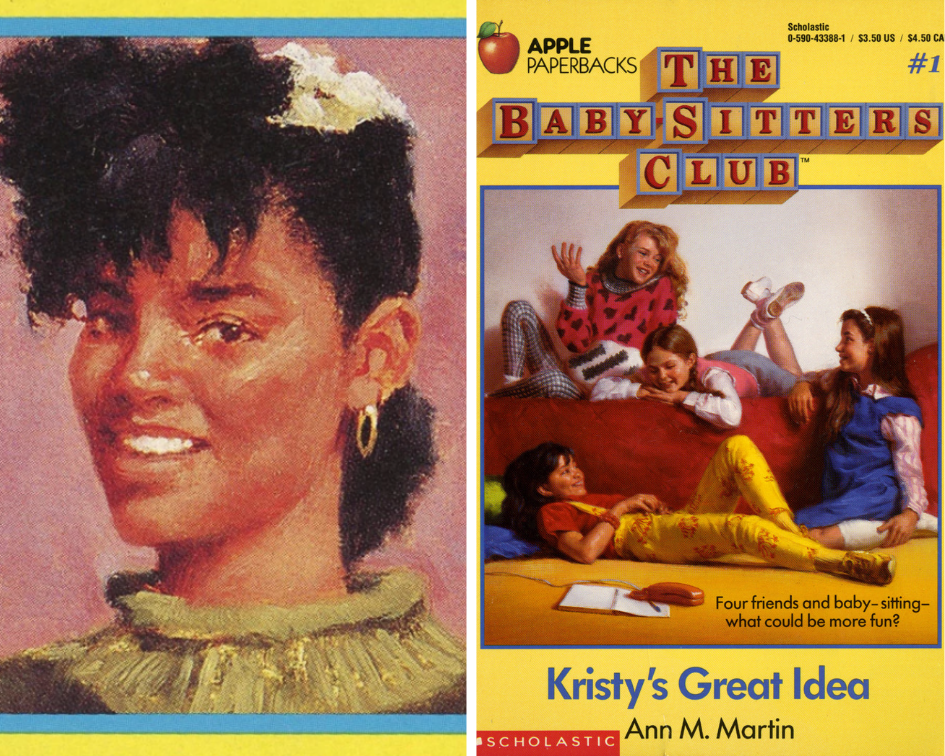 If you have no idea what I’m talking about, check out the video below for the theme to the 1990s HBO series The Babysitters Club. It starts 40 seconds in!

Netflix recently announced a live-action dramedy based on the Ann M. Martin best-selling book series will premiere on its streaming platform. In a press release, they announced Kristy Thomas, Mary Anne Spier, Claudia Kishi, Stacey McGill, and Dawn Schafer are back.

For the young folks out there that have never heard of The Baby-Sitters Club, here’s the backstory.

With over 200 books licensed in over 20 territories with more than 180 million copies sold to date, The Baby-Sitters Club tells the story of female friendship, entrepreneurialism, and empowerment. The setting takes place in the suburban town of Stoneybrook, Connecticut. These friends run a local babysitting service called the “Baby-Sitters Club”, and the original four members were Kristy Thomas (founder and president), Mary Anne Spier (secretary), Claudia Kishi (vice-president), and Stacey McGill (treasurer).

Throughout the series, new members were added and many of them were younger than the founding members.

11-year old Jessi Ramsey made her first appearance in Book #14, Hello, Mallory. She’s one of the younger members and was a Junior Officer. What makes Jessi so remarkable to the series and to readers like us, is that she’s the only Black member of the team. Jessi’s blackness is what attracted me to the series growing up and when HBO adapted the series to television in 1990, Jessi was also featured and played by actress Nicolle Rochelle.

Ann M. Martin was also bold enough to address issues of race and othering of people of color in the series. Jessi encounters prejudice in book #56 Keep Out, Claudia! The fictional town of Stonybrook is predominantly white and when the Ramseys first moved into the neighborhood they dealt with some pushback from residents, however, this later improved. 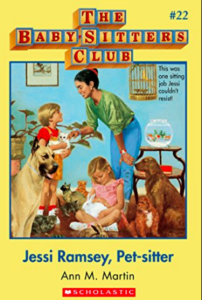 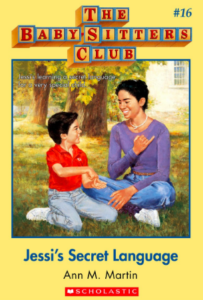 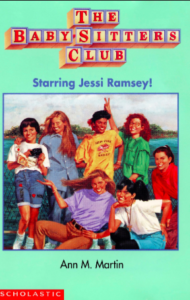 In Book #16 Jessi’s Secret Language, Jessi babysits a young boy named Matt who is deaf.  In this story, Jessi learns American Sign Language through Matt and this book also played in an episode of the TV adaptation. In 1995, The Baby-Sitters Club released a feature film and actress Zelda Harris played the role of Jessi. The cover art and images for Jessi over the years have changed, and although Jessi has always been described as having cocoa brown skin — in one book her tone was described being as dark as 2 pieces of coal.

Yet her skin tone was much lighter in both book cover art and her live-action adaptation.

According to Netflix’s press release, they quote the following:

“The themes of The Baby-Sitters Club still resonate 30 years after the original book series was released and there has never been a more opportune time to tell an aspirational story about empowering young female entrepreneurs,” said Melissa Cobb, vice president of Kids & Family at Netflix. “Together with Ann M. Martin and the team at Walden Media, our ambition is to contemporize the storylines and adventures of this iconic group of girlfriends to reflect modern-day issues.”

It’s quite possible because Jessi is a character that happens later in the timeline of The Baby-Sitters Club story, that she may not have an appearance until the latter part of the series. It would be a shame if she is absent from this 10 episode order and we have to wait for another season.

No other details are out yet, but fingers crossed that Jessi will be part of the ensemble cast and will actually match the skin tone of the character described in the book.