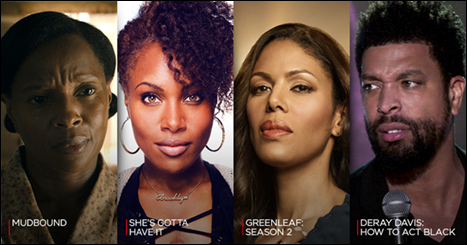 In November, Netflix wants to say thanks. Thanks for family, friends and best of all binge watching new titles coming exclusively to Netflix. This month’s lineup is about to get real with fan favorite Will Smith-led films Men in Black and Pursuit of Happyness and the much-anticipated Spike Lee reboot Netflix original series, “She’s Gotta Have It,” Dee Rees drama Mudbound as well as the full second season of Greenleaf. Mudbound was one of BGN’s most anticipated films to see at the Toronto International Film Festival.

Find your complete guide to some of Netflix’s top picks coming new this month below:

Check out the full list of November titles coming to Netflix.