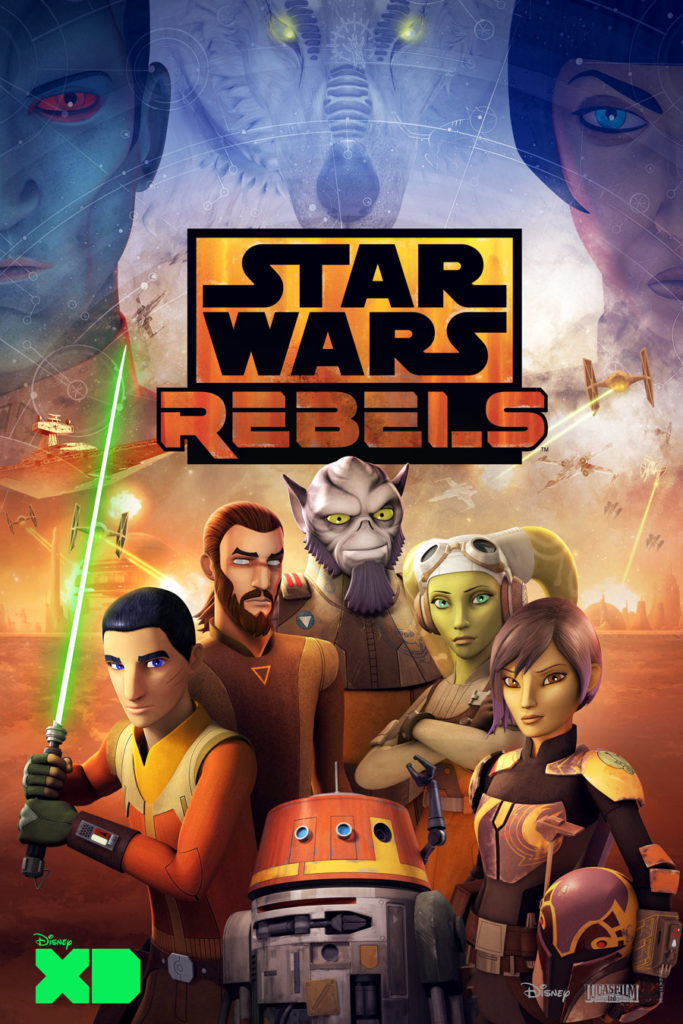 In the second trailer for season 4 of Star Wars Rebels, Ezra asks ‘all the paths are coming together, right?’ Kanan replies ‘I’m just not sure if we’re going to like where they lead’. I feel the same way about this upcoming season.

Today, Star Wars released art for season 4. We see the crew of the Ghost. Looming over them, the forces of the Empire are shown through fighting ships and the larger-than-life faces of their enemies. Thrawn especially has dogged their heels and remains one of Star Wars’ best villains. Above them, the ghostly image of a Loth-wolf. The wolves featured prominently in the trailer and might have something to do with Ezra’s path. The poster also shows that their paths are converging where the series began, on Ezra’s home planet of Lothal.

Over 3 seasons, we’ve watched the crew of the Ghost grow as we’ve followed them on their adventures. We’ve seen a small band of Rebels grow into a larger force. I can’t say what this final season will bring, but I know it will be amazing and probably heart breaking. Season 4 of Star Wars Rebels premieres October 16 on Disney XD. Check out the art for season 4 below:

In case you haven’t seen it, here’s the trailer for season 4: