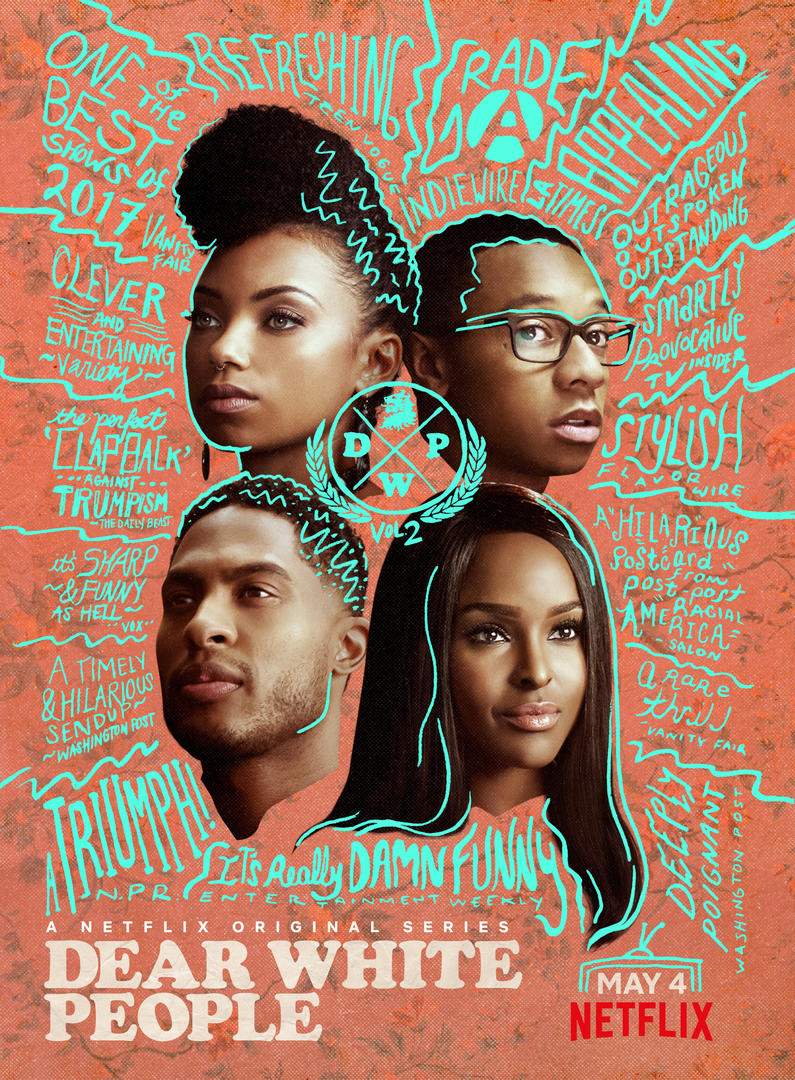 Netflix made the announcement that the second season of Dear White People is returning on Friday, May 4. Along with the announcement, Netflix released a teaser trailer. The series is based on Justin Simien’s 2014 indie feature of the same name which won a Special Jury Award at Sundance. It also won an Audience Award as SXSW last year and has been nominated for Gotham and Image Awards.

Dear White People is set in Winchester University, a predominantly white Ivy League university where racial tensions bubble just below the surface. Picking up right after the film left off, the series follows a group of black students as they deal with social justice activism and issues of racism and cultural appropriation all while navigating relationships between each other and discovering their identities. Logan Browning stars as Sam, whose radio show gives a voice to the black students on campus and theirs issues. Brandon P. Bell, Antoinette Robertson, DeRon Horton, John Patrick Amedori, Ashley Blaine Featherson and Marque Richardson also star.